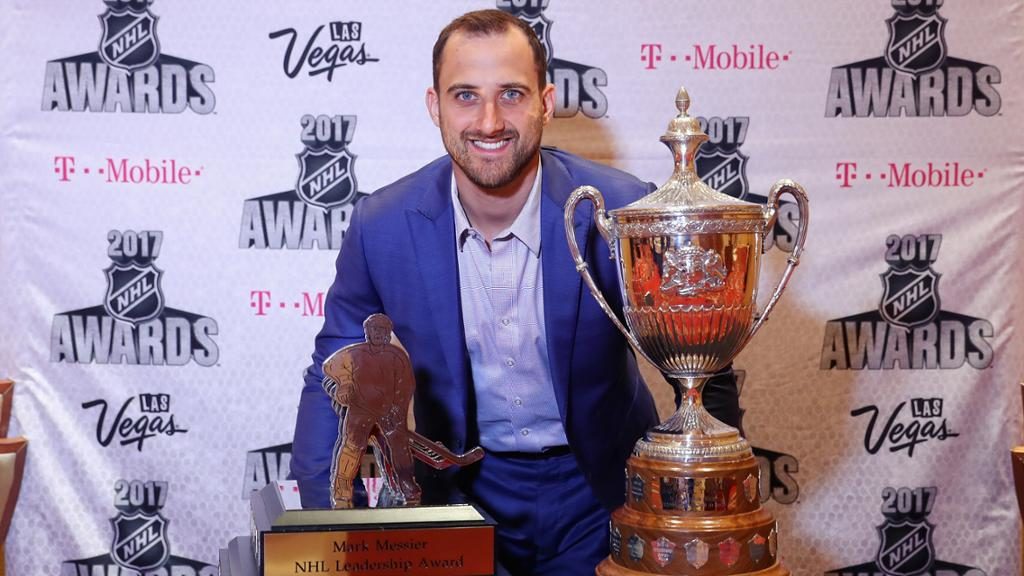 The Mark Messier NHL Leadership Award is given annually to the player who exemplifies great leadership qualities to the team, on and off the ice, during the regular season.

The King Clancy Memorial Trophy is an annual award given to the player who best exemplifies leadership qualities on and off the ice and has made a noteworthy humanitarian contribution in his community.

Foligno was named the sixth Blue Jackets captain on May 20, 2015. In 79 games this season, Nick had 51 points (26 goals, 25 assists) to help Columbus qualify for the Stanley Cup Playoffs for the second time in the past eight seasons.