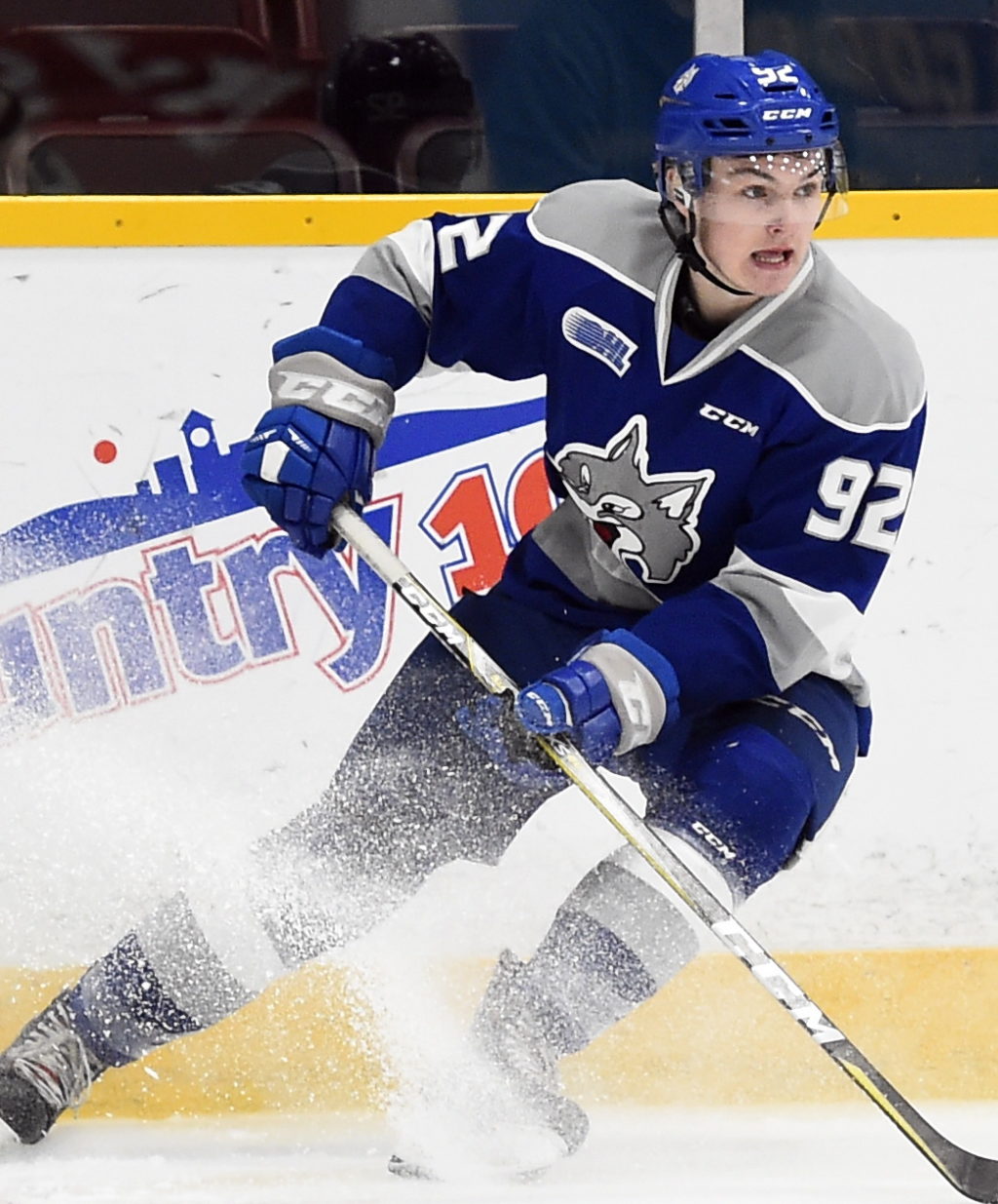 It was the call Blake Murray had been waiting for. In the sixth round of the NHL Entry Draft this past weekend, the Sudbury Wolves forward received word from his agent that the Carolina Hurricanes had selected him. “It’s a dream come true for me. Since I started playing hockey I wanted to be drafted to the NHL,” Murray reflected.

Before Murray even had the chance to hang up the phone, he heard a chorus of cheering erupt throughout the house. While Murray got the news in advance from his agent, his parents and family were downstairs watching the draft coverage live on television. “I was watching most of the draft with them and stopped watching after the fourth round. Just waiting to see if I’d get a call,” Murray explained. “Then I was just chilling with a couple buddies in my room, trying not to think about it,” he added.

And that’s when the call came. “I could hear them start to scream downstairs,” Murray chuckled.

Caught up in the excitement of the moment and deluged by messages from friends, family and well-wishers, the reality of being selected hasn’t really sunk in with Murray just yet. “It’s starting to feel more real now. Last night I was just having some fun with some buddies and it didn’t feel real, but when I woke up this morning [Sunday] I was like I just got drafted to the NHL,” he noted.

Among those who reached out to Murray was former Wolves teammate Michael Pezzetta. Similar to Murray, Pezzetta was drafted in the sixth round of the 2016 NHL Entry Draft by the Montreal Canadiens. For Murray, Pezzetta’s gesture meant a lot. “He was a big mentor for me in my first season. I roomed with him on the road in my first year when he was in his fourth year before he got traded at the deadline,” he detailed.

But Pezzetta didn’t just offer congratulations. He also explained that the real work starts now, and Murray isn’t taking his advice lightly. “My biggest thing is the consistency and that’s what everyone has been saying to me. I’m going to be working out a lot and training hard throughout the rest of the summer like I already have been up to this point. I’m going to come out strong and have a strong season throughout the year, every game, every shift,” he proclaimed.

Murray’s outlook for the next season is exactly what Wolves GM Rob Papineau says will help him take the next step in his hockey career. “The discipline, character and consistency is what separates NHL players from all the rest as at the next level, all the players at the [Hurricanes] camp are all highly skilled. Blake has taken another step and will now be part of the Carolina system as well as the Wolves team, and has the opportunity and ability to earn his first pro contract by excelling in his play over the next two seasons,” Papineau outlined.

Prior to the draft, Murray was ranked 104th among North American skaters by the NHL’s Central Scouting bureau. Although he was selected later than expected, 183rd overall, the Hurricanes happily nabbed the Wolves’ 30-goal scorer in the sixth round.

Tony MacDonald, Carolina’s Director of Amateur Scouting, acknowledged that Murray was expected to go earlier, but noted that other more high profile goal scorers went off the board later as well, such as Arthur Kaliyev and Raphael Lavoie, and is not necessarily a knock on the players, but just how the draft goes sometimes.

“We were pleased to be able to draft Blake in the sixth round,” MacDonald said when reached for comment. “Blake is a big strong player with good size and reach and has a history of production, scoring 51 regular season goals over the past two seasons. Blake has a knack for making himself available to the puck and has a heavy hard shot. Goal scorers are hard to find and with continued development Blake has the potential  to produce at the next level,” he continued.

It’s certainly been a whirlwind few days for Murray, but there are no signs of slowing. This Tuesday he flies out to Carolina for a four-day development camp, where he will become more acquainted with the organization that made headlines this past season for their ostentatious “Storm Surge” celebrations following home victories, and a trip to the Eastern Conference Final in the Stanley Cup Playoffs.

While most of the hockey world adored the creative displays that included a home run derby and an Evander Holyfield knockout, the team wasn’t without its critics. Most notably, Don Cherry, the flamboyant host of Coach’s Corner, lamented that the celebrations were an embarrassment to the game, and called the Hurricanes a “bunch of jerks.” The team ran with it. They affectionately adopted Cherry’s quip, which only brought the club even more popularity.

When Murray’s friends found out he had been drafted by the Hurricanes, it didn’t take them long for them to make the connection. “All of my buddies were texting me saying I’m a jerk now,” Murray laughed. The Uxbridge native may have a bright future as a jerk, but, until then, he’s still a Wolf.