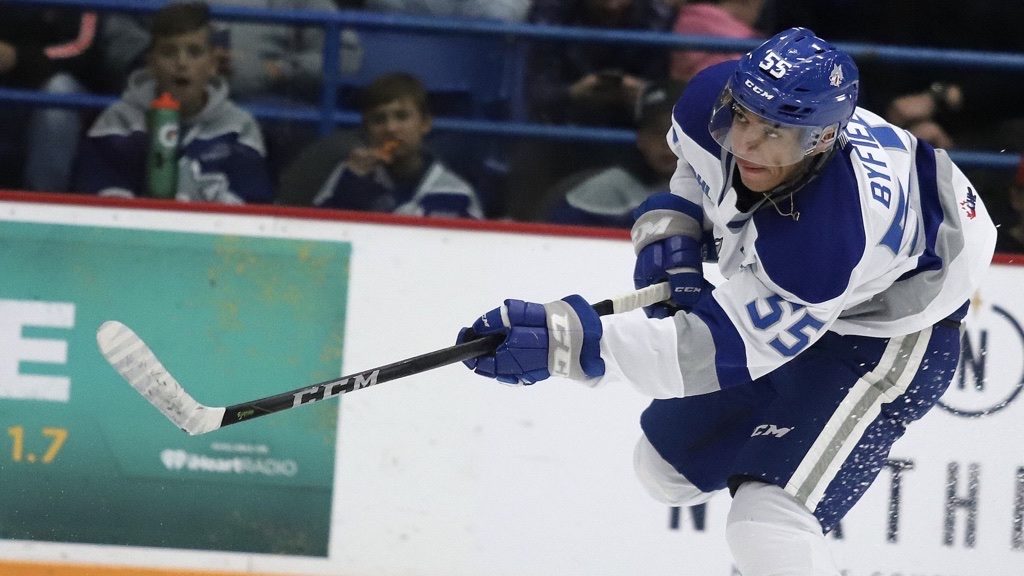 The roster – which includes nine current players from across the Ontario Hockey League plus a recent graduate in Arizona Coyotes forward Barrett Hayton – will look to build on Hockey Canada’s historical success at the tournament.

Among the athletes on the final roster are five Canadian Hockey League returnees from the 2019 IIHF World Junior Championship in Vancouver and Victoria, B.C. (Hayton, Lafrenière, McIsaac, Smith, Veleno), two players who won a silver medal with Canada’s National Men’s Summer Under-18 Team at the 2019 Hlinka Gretzky Cup (Byfield, Drysdale) and five players yet to be selected in the NHL Draft (Byfield, Daws, Drysdale, Lafrenière, Mercer).

“The management group and coaches have done a terrific job working with the players and finalizing the roster,” said Shawn Bullock, director of men’s national teams with Hockey Canada. “This team has a lot of skill, international experience and, most importantly, is a group of quality young men.”

The puck will officially drop on Boxing Day when Canada takes on the United States at 1 p.m. ET/10 a.m. PT, followed by games against Russia, Germany, and the Czech Republic to round out preliminary action.