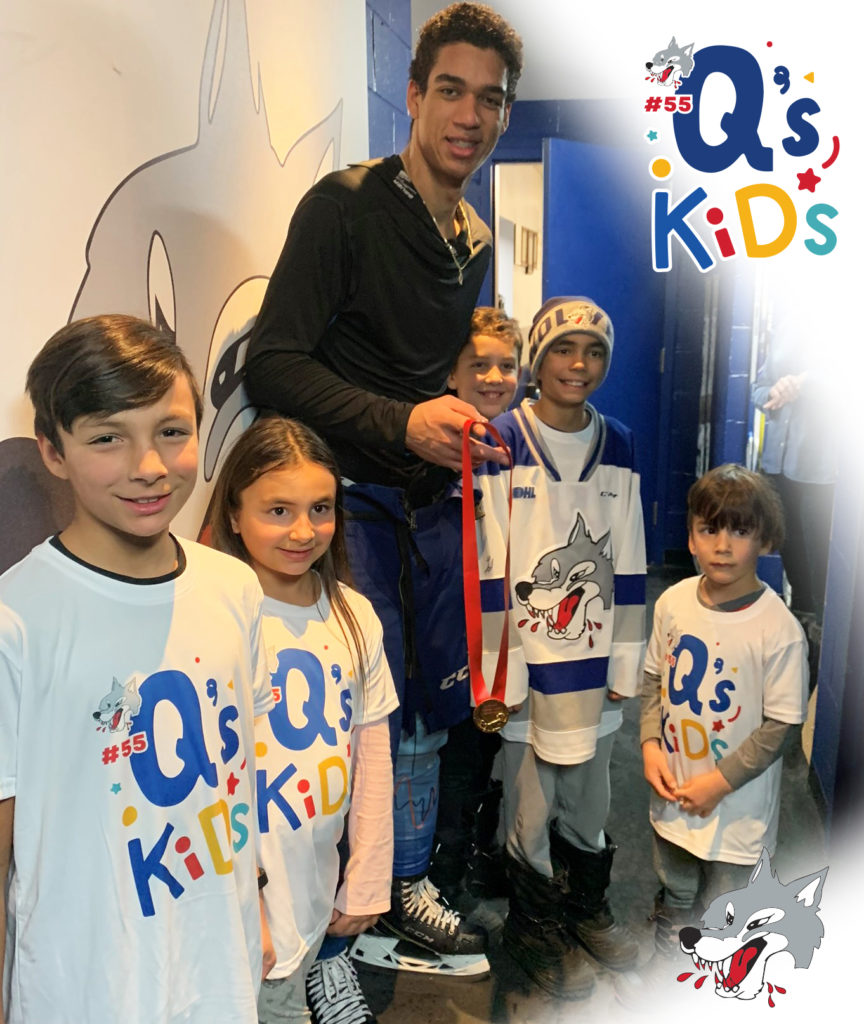 (Greater Sudbury, ON) In partnership with Quinton Byfield, the Sudbury Wolves are pleased to announce the launch of Q’s Kids in support of NEO Kids. Early in December, prior to departing for the World Juniors, Quinton welcomed three different NEO Kids families to a Sudbury Wolves game as his special guests with many more families slated to join him during the second half of the season.

“It’s important for me to give back to the families in this community who come out and support my teammates and I, night in and night out,” said Quinton. “To give these kids a special experience at the game and make them feel special is very gratifying. Some of them may be going through treatments or recovering from treatments, so to give them a night out with their family where they can have fun is important to me.”

As part of the program, Quinton invites the families to the game and provides tickets and popcorn to the families as well as special commemorative shirts for the kids. Following the game, Quinton meets with the family, signs autographs and takes them on a tour of the dressing room.

Quinton recently returned from the World Junior Championship in the Czech Republic where he won gold with Team Canada.

Byfield currently leads the Wolves in scoring and sits in the top 10 in league scoring with 63 points in 33 games with 25 goals and 38 assists. He was also recently named an alternate captain for the Wolves on Sunday as well as the Captain of Team Red at the CHL Top Prospects game in Hamilton on Thursday. 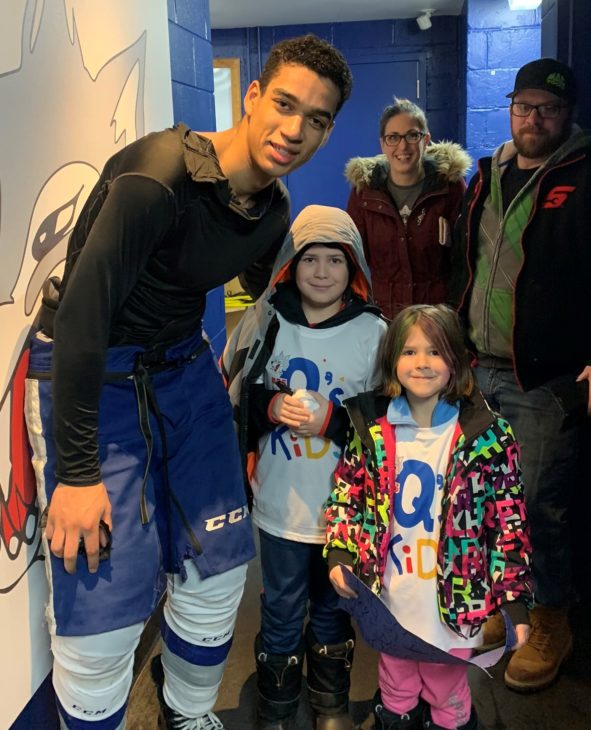 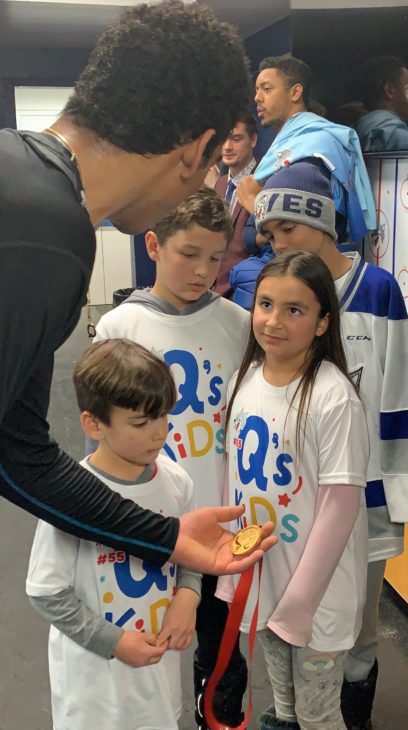 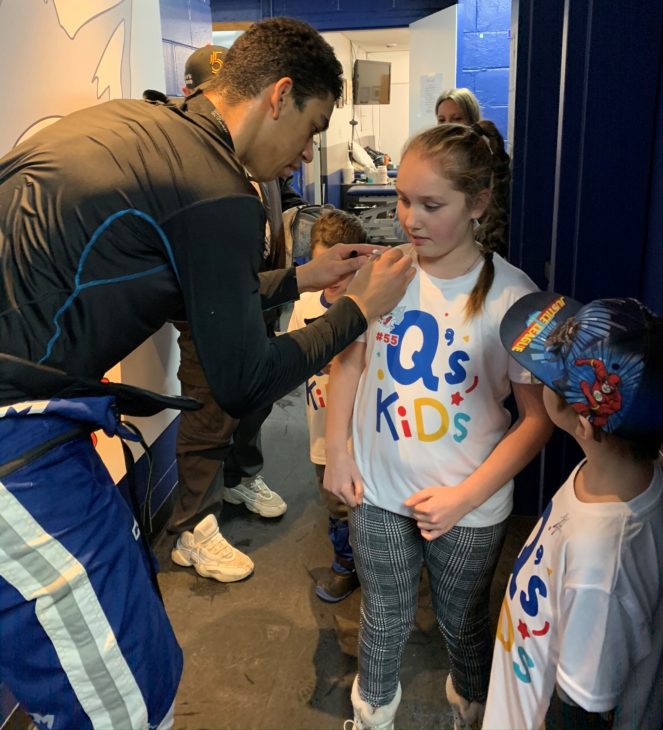