Carson and Bulitka Each Score Two as the Wolves Attack Back 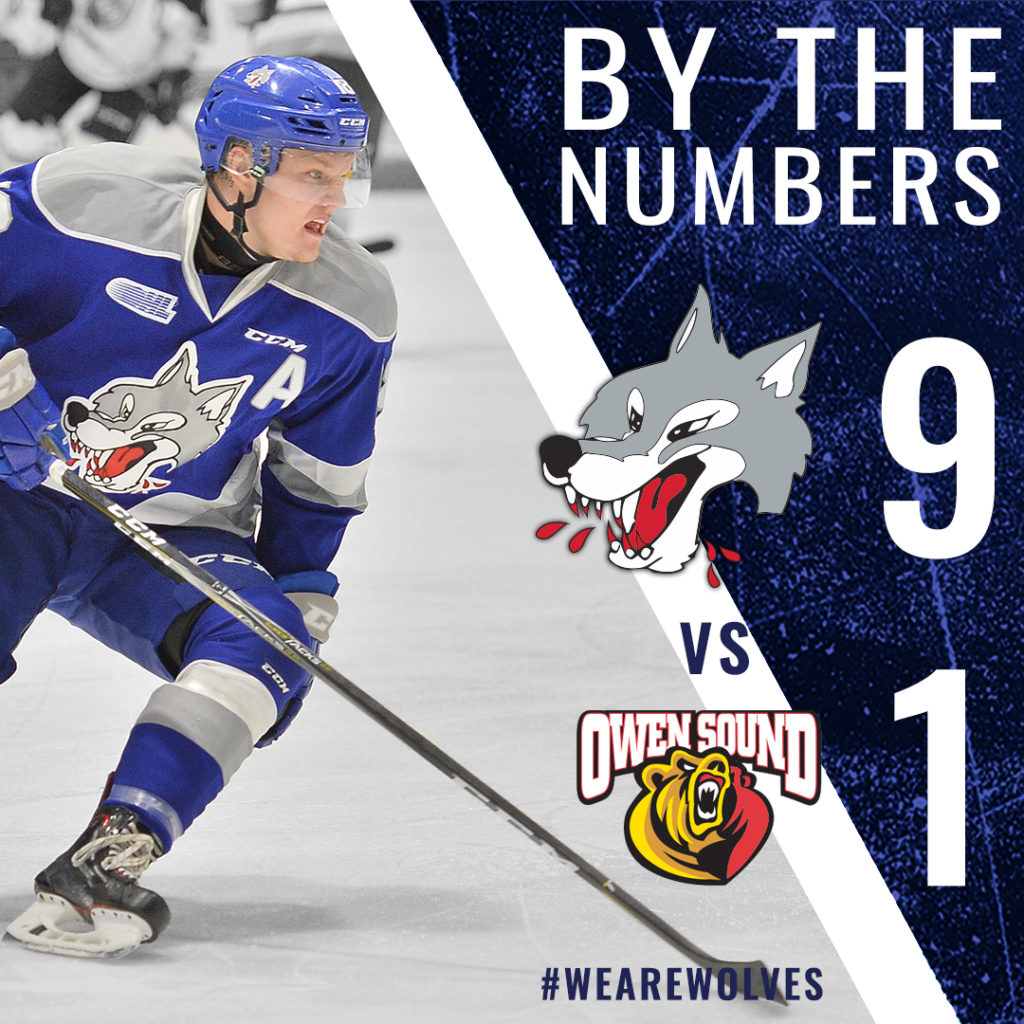 The Elgin Street barn was rocking on Friday night when the Sudbury Wolves took home a massive win over their Western Conference rivals, the Owen Sound Attack. The Wolves had 7 different goal scorers to secure a huge 9-1 win with final shots on goal 43-25 in favour of Sudbury. Wolves goal scorers included Macauley Carson and Shane Bulitka both with two goals while Blake McConville, Jack Thompson, Adam Ruzicka, Blake Murray, and Darian Pilon all added singles. David Bowen made 24 saves to earn third star of the game while Macauley Carson and Liam Ross earned first and second stars.

The Wolves started strong and were busy in the first period as they scored three goals. Blake McConville wired in a wrist shot to take home his third goal of the season. Macauley Carson then quickly followed up scoring his 14th of the season. Approaching the end of period, Jack Thompson beat Andrew MacLean five-hole to put the Wolves up by three. With less than 2 minutes left in the period, Maksim Sushko scored the Attack’s lone goal to put Owen Sound on the board.

Moving into the second period, the Wolves continued to build momentum as they notched another three goals which came from Adam Ruzicka, Blake Murray, and Shane Bulitka. Adam Ruzicka’s goal came in off a breakaway to beat Andrew MacLean low blocker side. Blake Murray scored by converting on a pass that was sent in from behind the net by Macauley Carson. In the dying seconds of the period, Shane Bulitka fired one in at 0.1 to make it a 5-1 game.

In the final frame, the Wolves were on the attack as they produced another three goals that came from Darian Pilon, Macauley Carson and Shane Bulitka. At the final buzzer, the Wolves raised their sticks for a beautiful 9-1 win over the Attack.

The Wolves are back in action tomorrow night as they welcome the Oshawa Generals to the Sudbury Community Arena for the final time this season. Great seats are still available for purchase at sudburywolves.com