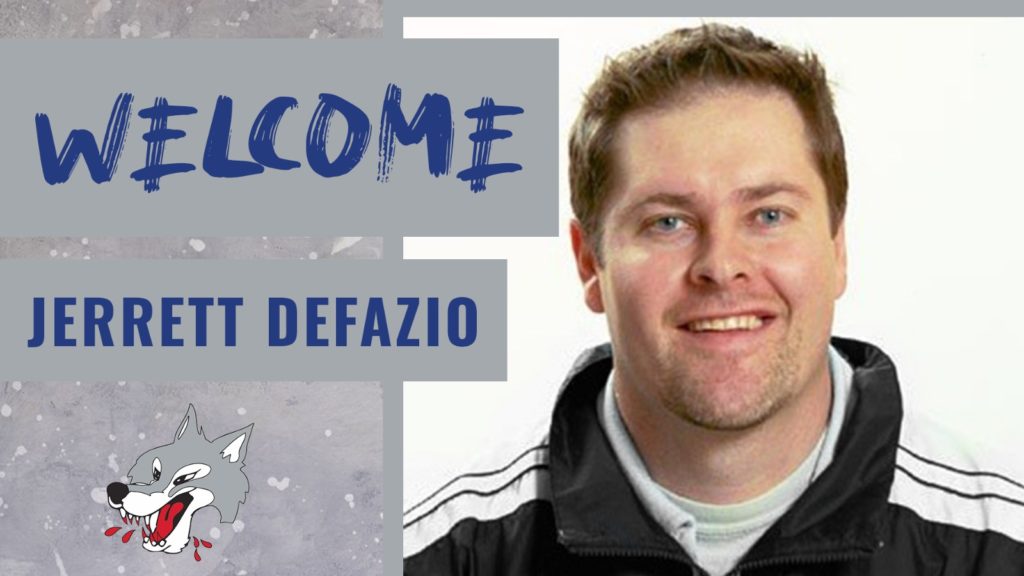 (Greater Sudbury, ON) The Sudbury Wolves are very pleased to announce that Jerrett DeFazio has joined the team’s scouting staff in the Ottawa Area with his primary area of responsibility being players in the HEO and CCHL.  “Being able to add Jerrett to our team brings a wealth of hockey knowledge and a world class person to our hockey club.  His values very much align with everything the Sudbury Wolves are about and we are thrilled to have him on our staff”, said Wolves Vice President and GM Rob Papineau. “We would also like to thank Sean Howard for many years of excellent service to the Sudbury Wolves and for all his long hours in the rinks and all of his hard work.”

DeFazio played three seasons with the Ottawa 67’s between 1988 and 1991. Following his OHL career, he played professional hockey in Europe following three seasons in the CIS playing for Saint Mary’s University.  DeFazio has scouted in the OHL for over 10 years and most recently the last 4 seasons for the Mississauga Steelheads in the Ottawa area.  DeFazio and Papineau played together for the Ottawa 67’s during the 1988-1989 season.  “To have an opportunity to reconnect and work with my old teammate again is a thrill and I am excited with the job at hand to find great people and hockey players in Eastern Ontario to play for the Wolves with the goal to produce champions on and off the ice.  My brother actually played for the Wolves in the early 80’s so the team has always been very special to our family”

Jerrett is a Manager of Membership Services for Hockey Canada and lives in Ottawa with his wife and four children.  This season he is also the head coach of the Nepean Raiders U18 Midget team after having spent the past two seasons as the head coach of the Pembroke Lumber Kings U18 team, winning the championship last season with Pembroke.  Previously he was an Assistant Coach with the St Francis Xavier Varsity men’s hockey team in USports.

The scouting staff will spend the next seven months evaluating players for the 2020 OHL Priority Selection and U18 draft as well as the CHL Import draft.

The Wolves will open up the 2019-20 season at home when they host the North Bay Battalion on September 27th at 7:05pm. Tickets are on sale now at sudburywolves.com.