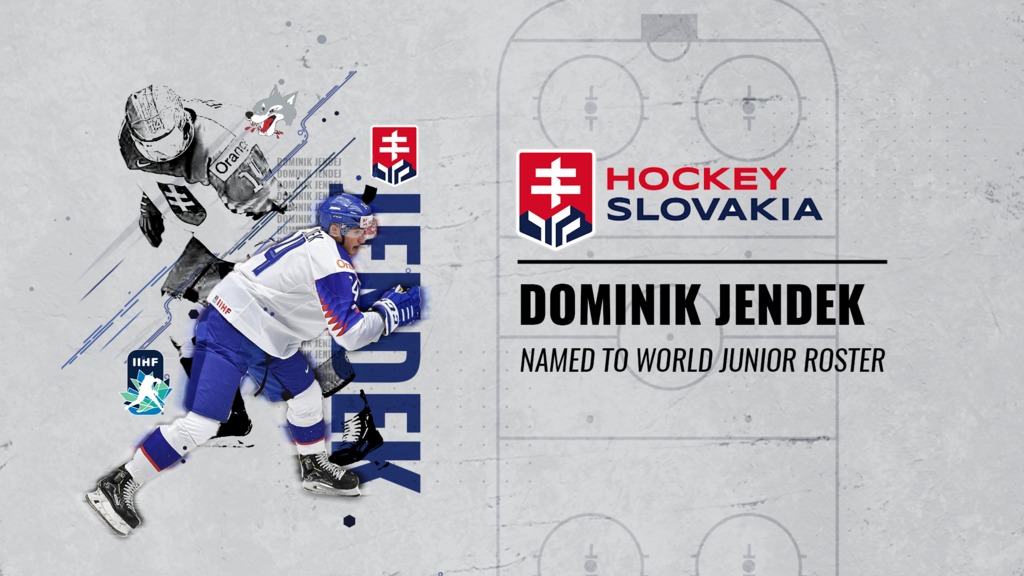 The Sudbury Wolves are proud to announce that Wolves Dominik Jendek will be returning to Team Slovakia for the 2021 World Juniors. The Wolves wish to congratulate Jendek on being named to the roster for Slovakia’s National Junior Team.

The 2021 IIHF World Junior Championship is set to take place on December 25th, in Edmonton and Red Deer. Team Slovakia’s first game will be held on Christmas Day as they take on Switzerland  at 2pm, ET.

The full Hockey Slovakia release can be found below:

The nomination to Canada is known, the team of SR 20 left another five hockey players

ZVOLEN (SZĽH) – The coaching staff of the Slovak national hockey team narrowed the nomination list before the world championships by another five names. Ádam Beke, Lukáš Škvarek, Martin Šeliga, Ján Lašák and Sebastián Droppa will not fly to Canada with the team on Sunday afternoon.

The coaches announced a verdict on Saturday afternoon. One goalkeeper, two defenders and two attackers left Káder. “The list of players who will fly to Canada is complete. As we announced earlier, we had to reduce him by one goalkeeper and four skaters. In the end, five Beke, Škvarek, Lašák, Droppa, Šeliga did not fit into the 30-member nomination. We thank the boys for participating in the camp and wish them all the best in their next career, “ said head coach Róbert Petrovický on the margin of staff reduction.

A 40-member Slovak team with 30 hockey players, including four goalkeepers, and 10 members of the implementation team, will fly to Edmonton, the venue of the Junior World Championships. Before the start of the tournament, five more hockey players will leave the national team.

Nomination of SR 20 players for departure to Canada: