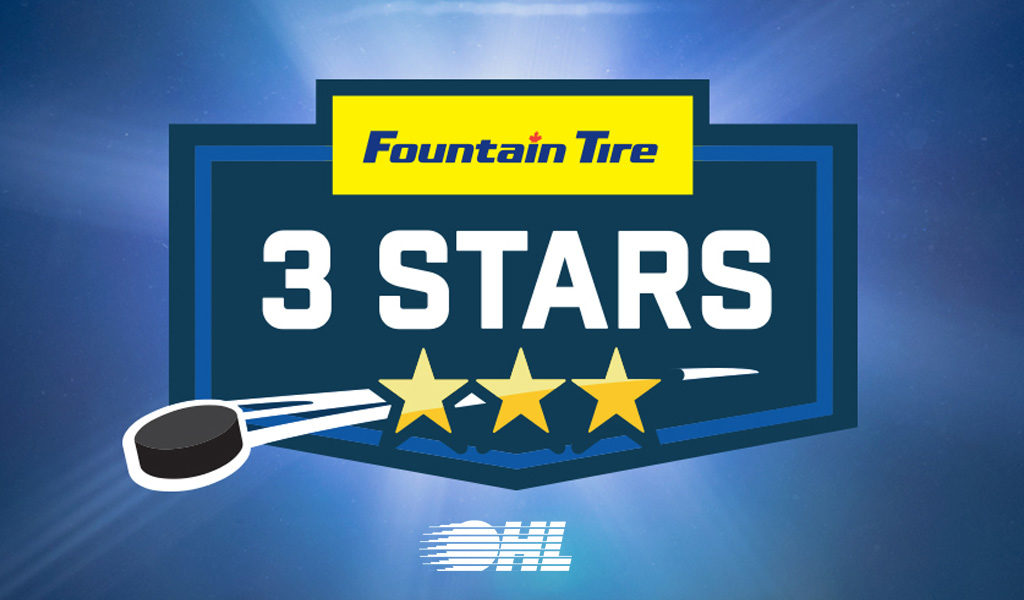 (EDMONTON, AB) – Fountain Tire has once again teamed up with the Ontario Hockey League (OHL) to honour local difference makers. Fountain Tire 3 Stars is a collaboration that recognizes ‘stars’ in 21 cities across Canada who go above and beyond to make their community a better place. Canadians can nominate their local heroes until November 30, 2019.

“We’re adding to the roster of everyday citizens who support and inspire those around them,” says Denise Gohl-Eacrett, Director, Brand and Customer Experience at Fountain Tire. “We’re asking Canadians to help us find people whose actions – big or small – make a difference in their communities.”

Fountain Tire 3 Stars was created to recognize community members for their volunteerism, humanitarianism and generosity.

Last year, Fountain Tire celebrated a broad range of difference makers including teachers, firefighters and fundraisers. Among them were: Barrie AAA hockey league volunteer Hugh Campbell; Kelly Wilson, coordinator of the Autism Ontario London Chapter; and, Sault Ste. Marie’s Joni Labbe-Brown, an educational assistant who helps children with special needs in- and outside the classroom.

This fall, members of the public are invited to nominate their community stars at FountainTire3Stars.com.

“In hockey, we award 3 Stars to the top three players who had outstanding performances on the ice,” comments OHL Commissioner, David Branch. “Fountain Tire 3 Stars takes that concept out of the arena and into the community, to recognize individuals who make an impact, behind the scenes, every day.”

Three winners will be selected from each participating OHL city*, on the basis of nominees giving back to their community in a meaningful way. Winners will receive an OHL 3 Star Experience, including four hockey tickets, a $250 Fountain Tire gift certificate and a $200 gift certificate for the local team store. They will also be recognized in a pre-game ceremony at a local game later in the season.

“From Fountain Tire’s corporate office in Edmonton to our locally-owned stores, we believe it is important to support local communities,” says Gohl-Eacrett. “We bring this to life through our sponsorship of the OHL, and by supporting the local heroes that help our communities thrive.”

To learn more and to submit nominations, visit FountainTire3Stars.com.

About Fountain Tire
Established in 1956, Fountain Tire is one of Canada’s premier tire and automotive service networks with 160 locations spanning Central and Western Canada from Vaughan, north of Toronto, to Victoria, British Columbia. The company is also a leading provider of tires and tire-related services to commercial truck fleets and off-road vehicles used in the agriculture, oil and gas, mining, and construction sectors. The majority of Fountain Tire managers own equity in their stores. This partnership-based business model combines community-invested store management with corporate intelligence to provide service that truly puts the customer first. The company’s shared ownership business model has enabled it to be named among Canada’s “Best Managed Companies” every year since 1994.