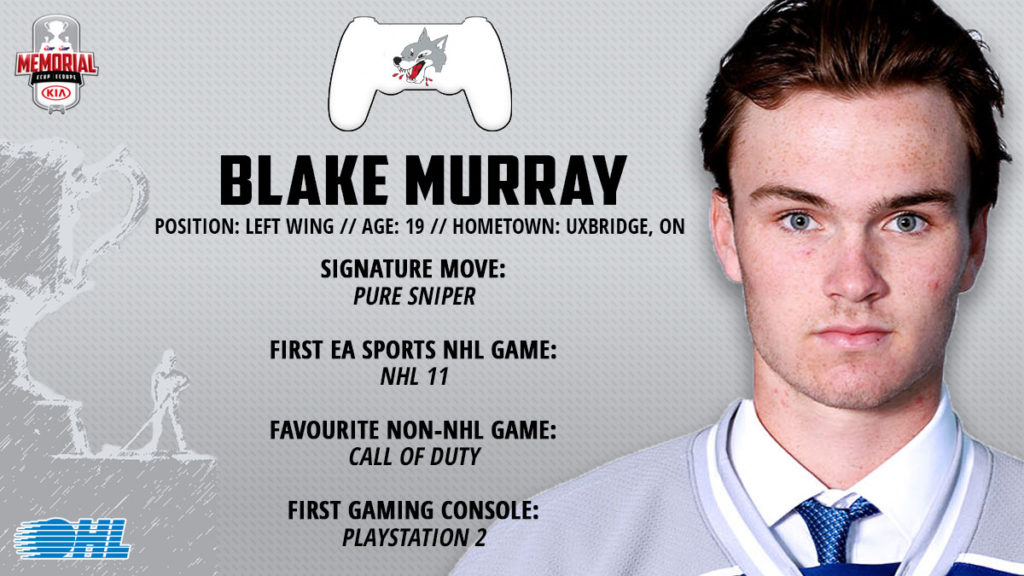 In real life he’s a 35-goal scorer for the Sudbury Wolves. Now we’ll get to find out what Carolina Hurricanes prospect Blake Murray is capable of in EA Sports NHL 21.

The former seventh overall OHL Priority Selection choice from Uxbridge, Ont. will represent his Wolves in the fast approaching Memorial eCup presented by Kia starting on Saturday, November 28th. Murray’s offensive totals have gradually climbed over the course of his three OHL seasons, can he start his fourth with a bang on the virtual stage?

Fast Fact:
With 86 career goals, Murray is approaching triple digits, a figure he’s more than likely to reach in his fourth OHL season. If and when he does, he’d become the 15th player in Wolves franchise history to do so, and the first to join the club since Nathan Pancel (106) in 2014-15.