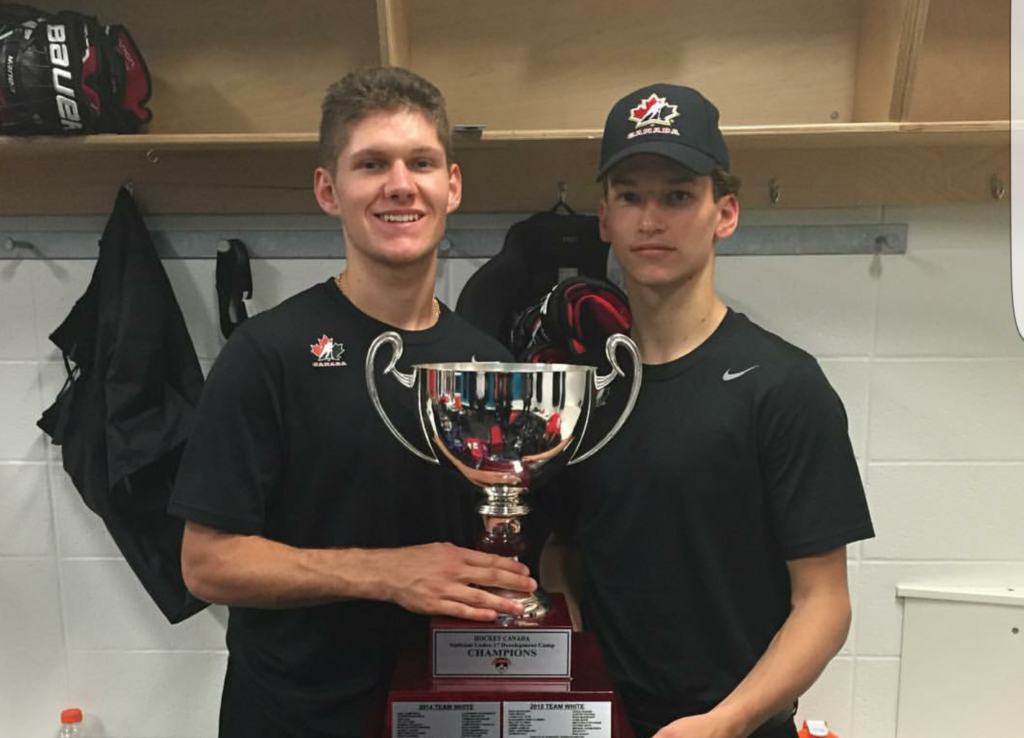 Sudbury Wolves first year defenceman Owen Lalonde along with Wolves prospect Dawson Baker took home the Silver medal for Team Canada Black at the 2016 World Under-17 Hockey Challenge this past weekend. Team Sweden held off Team Canada Black by a score of 2-1 in a nail-biter on Saturday night in the Gold medal game. It was a battle of the goaltenders as Swedish netminder Olof Lindblom and Canadian Jacob Ingham were brilliant. Eli Zummack got the lone goal for the Canadians and Adam Bokist scored the game winner on the powerplay in the third period.

Owen Lalonde recorded 1 goal and 1 assist in the preliminary round and throughout the tournament. Dawson Baker notched 1 goal, in the Quarterfinal game in a 3-1 victory over Team Finland. Baker made it 2-0 after jamming in a loose puck past Annunen from the side of the net on a rebound that would stand as the game winning goal. Team Canada Black eventually went on to win in a 3-2 shootout victory over Team Russia in the semi-final game that would allow them to face Team Sweden in the finals. The Sudbury Wolves would like to congratulate Owen Lalonde and Dawson Baker on their success at the U17 tournament.