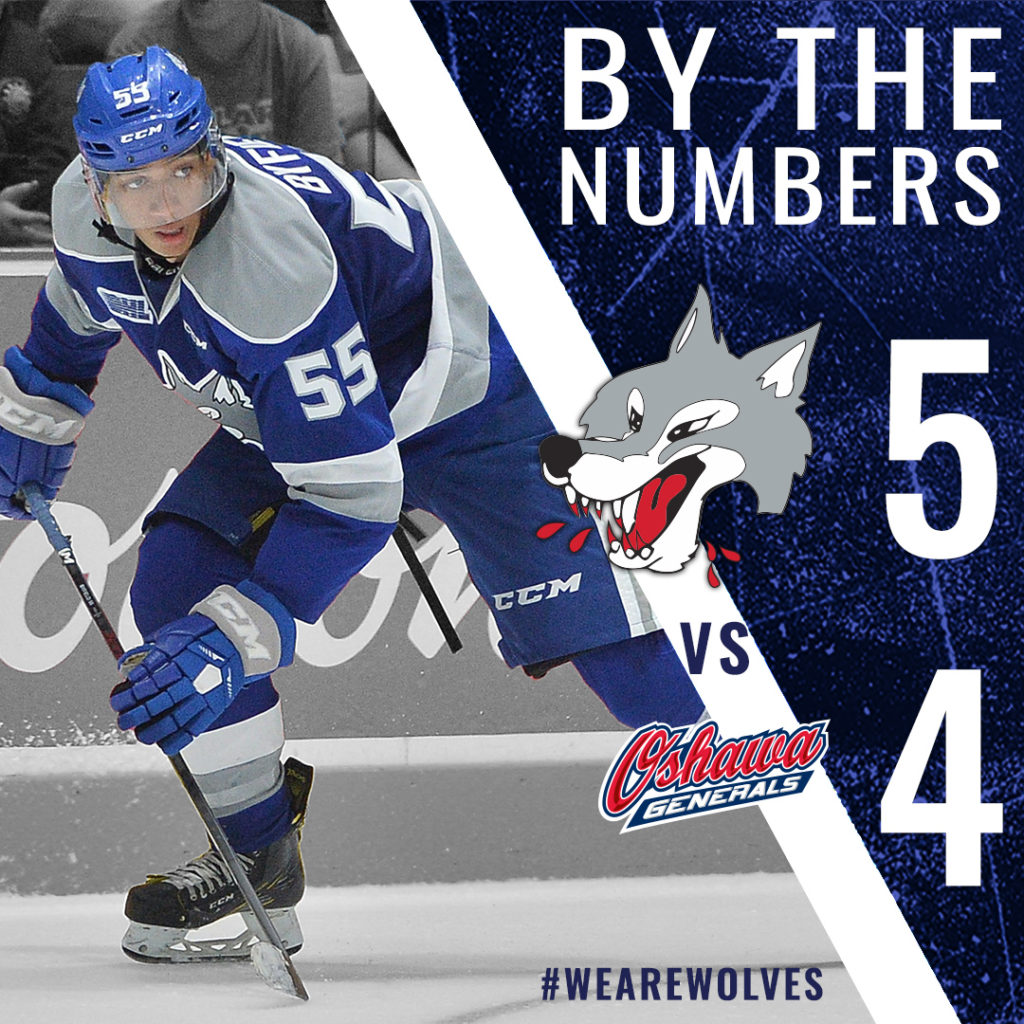 It was another fantastic Sudbury Saturday Night at the Sudbury Community Arena when the Wolves hosted their East Division rivals, the Oshawa Generals. In a pivotal Eastern Conference match-up the Wolves came out on top with a 5-4 victory with final shots on goal 34-28 in favour of Sudbury. It was a milestone moment for Ukko-Pekka Luukkonen who broke the franchise record for most wins in one regular season by a Wolves goaltender with 34. It surpassed Kevin Beech’s 2006-2007 record of 33 wins. Wolves goal scorers were Quinton Byfield with two while Blake Murray, Macauley Carson and Anthony DeMeo each notched one. 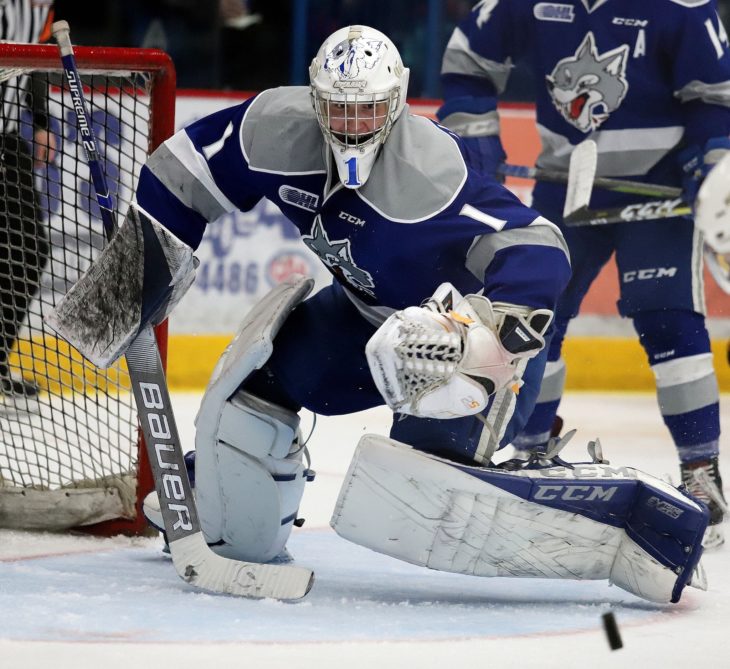 The first period got off to a quick start with Quinton Byfield finding an open net to score a shorthanded goal to put the pack up 1-0. Unable to match Byfield’s goal, the Generals were left to trail by one after 20 minutes of play.

In the second period, Blake Murray tipped in a nice goal off Anthony DeMeo’s point shot to put the Wolves up by two. Macauley Carson then roofed in a backhand goal past Kyle Keyser to force the Generals to trail by three. Just under the midway mark of the period, Anthony DeMeo potted the Wolves’ second shorthanded goal of the night to extend the pack’s lead. The Generals were not about to give up as Brandon Saigeon put Oshawa on the board at 15:26. Shortly after, Anthony Salinitri broke out on a partial breakaway, however Emmett Serensits got caught for interference leading to a penalty shot. Anthony Salinitri scored the penalty shot to make it a two-goal game. Twenty seconds later, Quinton Byfield quickly sent in a shot that trickled over the goal line to make the score 5-2 for the Wolves.

The Generals scored two goals in the third period to make it 5-4. In the final minutes of the game, the Generals pulled Kyle Keyser for the extra attack, however, the Wolves held on and it was enough to secure the win.

The Wolves will travel down to North Bay Sunday afternoon to face-off against their Highway 17 rivals, the North Bay Battalion. Fans can follow the action by tuning in to CKLU 96.7 or listening to mixlr.com/sudburywolves.