McCallum who was chosen in the 1st round and 15thoverall in the OHL Priority Selection, played for the Minor Midget AAA Brantford 99ers where he scored 49 points in 31 games played last season.

Stillman, who played for the Sudbury Wolves Minor Midgets, was selected 25th overall in the 2019 OHL Priority Selection. He accumulated 55 points in just 24 games last season.

Larmand, was right after Stillman at 26th overall in the 2019 OHL Priority Draft, has also been invited to be a part of the 2019 U17 Team Canada Development Camp. Larmand previously played for the North Central Predators Minor Midget AAA, where he led his team in points and scoring with 27 goals and a total of 51 points in 34 games played.

For a complete roster of the U17 Team Canada Development Camp, and more, check HERE. 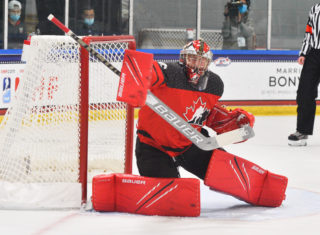