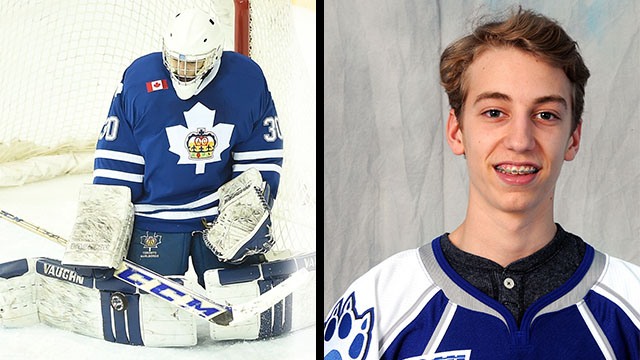 Sudbury Wolves prospect Jake McGrath is one of 34 goaltenders who have been invited to participate in Hockey Canada’s annual Program of Excellence Goaltending Camp in Calgary from June 9th -12th. Hockey Canada released the rosters Wednesday afternoon.

The camp brings together some of the best netminding talent in the nation with top Canadian instructors from across North America, and kicks off the evaluation period for summer development and selection camp at the under-17, under-18 and under-20 levels.

McGrath is one of 8 contenders for the under-18 squad. The 17-year-old goaltender spent last season with the St. Michael’s Buzzers of the OJHL. In 30 games between the pipes, McGrath had a GAA of 3.37 and a save percentage of .908. The Mississauga native also got the start in net for the Wolves on two occasions with a record of 1 win and 1 loss.