Meet the Laframboise Family: Inside the Wolves’ Home Away from Home 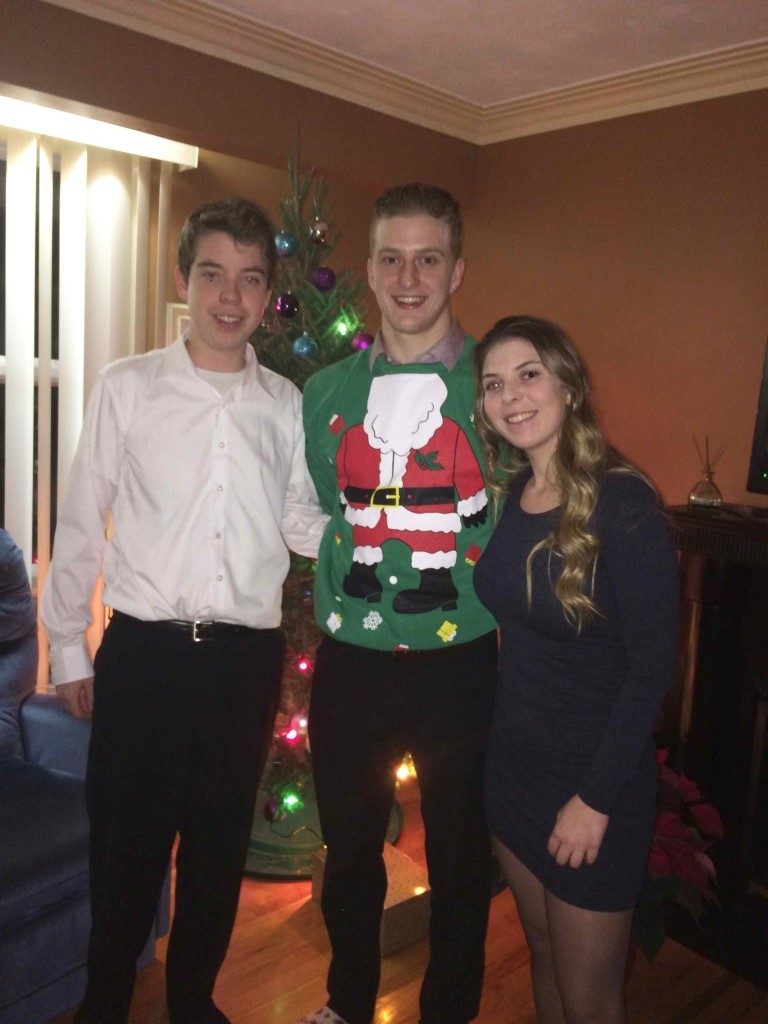 When the Laframboise family decided to get a pet, their daughter wanted a puppy and their son wanted a cat. They wound up getting a dog, but it wasn’t long before son Dylan followed up on his request for a feline companion. After he was told the family would not be adding another animal to the home, he was not discouraged. Instead, he responded with ‘fine, I want a hockey player.’ “So, a ten-year-old got a hockey player,” Cindy Laframboise, née Vintinner, laughed. That was seven years ago, and the Laframboise family has been billeting Sudbury Wolves players ever since.

Before taking in their first billet, Tyler Prong, in 2011, the Laframboise had often filled in for other billet families when they had to go out of town. “We were kind of like the foster billet parents. If one of the players’ billet parents went on holidays we’d take them in for the weekend or the week, so we had a revolving door for a while at the beginning,” Vintinner recalled.

Prong’s stay in the Laframboise household proved to be brief. He only played 11 games with the Wolves in the 2011-12 campaign before he was sent back to his Junior B club in Sarnia, but it wasn’t long before they had another Wolves player join their family. Following the club’s acquisition of Chad Thibodeau from the Soo Greyhounds, Cindy was asked if they wanted to continue billeting, and take Chad into their home. “I guess Chad would have been our first long-term billet. Since then we’ve probably had 15 come through our house. Some of them not officially on paper, they just kind of hang out at our place and then go home for the night and come back the next day,” Vintinner figured.

This season, the Laframboises have sophomore Liam Ross and veteran Peter Stratis under their roof. With two players in the house, space is a little tighter and there’s more work to be done, but Cindy doesn’t seem to mind one bit. Each morning she provides Ross and Stratis with breakfast and lunch, before preparing their dinner every evening. “They usually have a team activity of some kind after dinner. Not every night, but usually we have movie night or something at the house, so the other players drop in and hang for a couple hours and then off they go before it starts over the next day,” Vintinner explained.

On home game days, Cindy goes the extra mile. “I will go home at lunch time and get their lunches ready. Usually they have pitas. They’re creatures of habit. Every game day at 11:02 I’m at Pita Pit and I’m picking up their pitas for them and it’s the exact same pita. You don’t change that in any way,” she notes. Following their ritualistic game day lunches, Vintinner ensures the boys have chicken and rice on hand around 3:30 that afternoon before they get dressed and head to the rink. Even after the final buzzer sounds and another game is in the books, Cindy’s duties are not yet complete. “After the game we have post-game meals, I’ll ask them what they want for post-game and then that will happen around 9:30 or quarter to ten and then around 11 o’clock my kitchen is cleaned up and we start back over the next day,” she chuckled.

Besides ensuring that her players have everything they need on a daily basis, Cindy figures she probably attends the overwhelming majority of their home games. During the week, while the rest of family is busy with work and school, she might be the only Laframboise in the stands, but on the weekend, the whole gang is usually in attendance. “On the weekends for sure, all four of us are there. Even out of town games, we’ve gone down to Barrie or the Sault or North Bay and even Toronto if we’re in the area,” she said.

The commitment and dedication that the Laframboises have shown to their billets over the years has led to long-lasting relationships that extend far beyond the players’ time in Sudbury. “As much as they’re not in your house, they’re still part of your family and we still keep in touch,” Vintinner explained. In 2016, the family attended the NHL Entry Draft in Buffalo, where the Wolves’ Michael Pezzetta was selected in the sixth round by the Montreal Canadiens. “That was really exciting. You see all the hard work that these kids put in and you get to experience it with them,” she recalled. Pezzetta is currently playing for the Laval Rocket of the American Hockey League, and the Laframboises are actually going catch one of his home games before the holidays. “We’re driving down to his game in Laval. My mom and dad are in Sherbrooke, so we’re going to have supper with them and then drive back to Sudbury on Sunday because I work on Monday morning,” Vintinner noted. 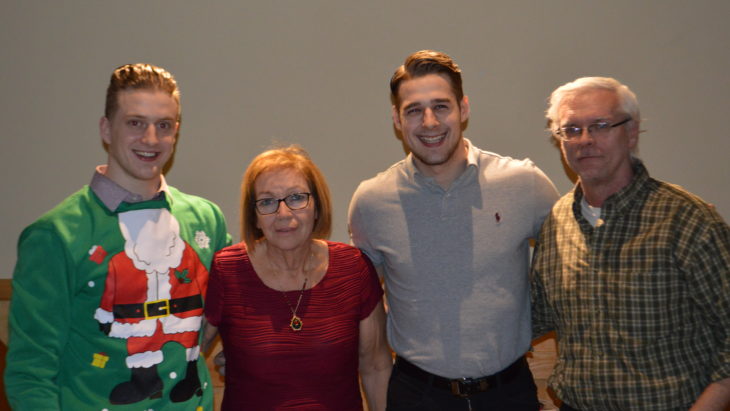 The Laframboise family is also making plans to take in one of Matt Schmalz’s games this season. Schmalz, who led the Wolves in goal-scoring in 2014-15 and was drafted in the fifth round by the Los Angeles Kings that year, is currently playing in the ECHL. “He texted me the other day because we were trying to figure out a good time to go to Witchita to see him play in the East Coast and we were looking at it over Christmas because that’s our downtime when the OHL has their break, so we were looking at what was going on in the ECHL but then he got traded to Orlando, so now we’re looking at flights to Orlando to see if we can catch a game with him this season,” Vintinner said. She added, “you never know when where they’re going to be next year.” Or even this year for that matter. Since Cindy spoke with the Wolves, the Orlando Solar Bears traded Schmalz to the Worcester Railers, which means the Laframboises may be swapping some time in the sun in Orlando for a trip to central Massachusetts this winter.

While the Laframboises have remained close with many of their former billets, that doesn’t make it any easier when the players’ time in their home ends. “It’s devastating,” Vintinner exclaimed. “The first time we went through that the kids were quite young so they didn’t really understand what was going on. It was very emotional in the house,” she said. “But it’s all part of that journey for them,” Vintinner stated. “I’ve seen kids who have gone and moved out of your house, like Michael [and Nick], but they still stay very close to you and remain part of the family,” she continued. “It’s really nice because they always make time for you, even as busy as the next step of their hockey career or just life in general is, they still make time for you or reach out somehow,” she added.

With the Ontario Hockey League on holiday break, it is a bittersweet time in the Laframboise household. Cindy says she is looking forward to having a little less structure in the home and doing things together as a family of four, but knows they will miss having Ross and Stratis around. “We’ll miss them and say ‘oh my god the house is so quiet’ and notice that the fridge is full and the water and Gatorade fridge is full, and realize the boys must be gone,” she joked.

Before Ross and Stratis headed home, the Laframboises will did their part to make sure the pair of the blueliners were in the Christmas spirit. “We do a Kris Kringle just between our billets and our family. We do that and we do a Christmas dinner in town. Last year we did gingerbread houses. The boys love it. They buy into it. I think they miss their home, so when those little things happen, even the silly things, it kind of brings them back,” Vintinner suggested.

Whether it’s taking care of the boys on game day or truly making them feel like they are a part of a family while they’re away from home, the Laframboises’ attentiveness to the Wolves’ players is admirable and heartwarming. Any player would be lucky to have a billet family that is so caring and devoted, especially during the holiday season and the Sudbury Wolves are proud to have so many of these families for our players.