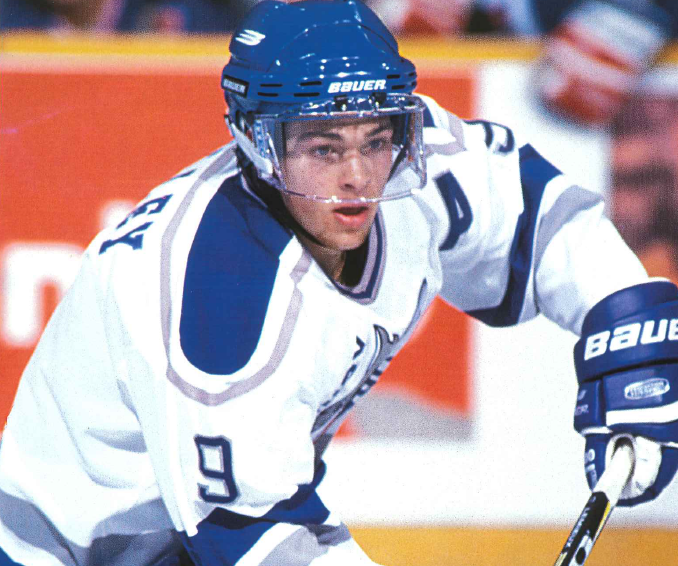 When Norm Milley reflects back on how much he enjoyed playing for the Sudbury Wolves, you can detect the sincerity in his voice. “I loved Sudbury,” he said unequivocally. “If I were to do it all over again of course I would go back to Sudbury. I loved it there,” he added. The feeling was mutual.

At the end of his four seasons in Sudbury, Milley finished with the most goals, the second most points, and the third most assists in franchise history. Along the way, he matched the record for most points in a game, when he racked up seven in a game against the Barrie Colts on December 18, 1998.

Milley’s exceptional play easily earned him adoration from the fans, but it was his contributions off the ice that made him beloved in the community. He went out of his way to attend charitable events and was a familiar face in the hospital, where he turned up frequently to cheer up young fans.

Given his generosity and penchant for rewriting the Wolves’ record books, it’s no wonder that, when Milley played his final game in Sudbury, the contest was punctuated by three lengthy, raucous standing ovations. Even members of the press box, by their own accord, rose to their feet to applaud the captain for everything he had accomplished during his Wolves’ tenure.

Nearly twenty years later, that evening is still something that resonates with Milley. “My family was there. It was something I never, ever forgot throughout my hockey career, wherever I played. It was a very emotional night for me and my family,” he recently reflected.

Milley’s journey with the Wolves began in 1996 when he was selected third overall by the club in the 1996 OHL Priority Selection Draft. He quickly established himself as a fan favourite for his skilful puck handling, deceptive speed, and propensity for finding the back of the net. After scoring 63 goals over his first two seasons with the club, Milley exploded for 52 goals and 120 points in the 1998-99 campaign. The next year he matched that feat with another 52-goal performance, becoming the first, and still the only, player in franchise history to record back-to-back 50-goal seasons.

During his final season with the Wolves, Milley was chasing down history. For more than two decades, Mike Foligno had been the team’s all-time leader in goals, with 166. With three games remaining on the calendar in the 1999-00 season, Milley was sitting at 165 goals with the chance to carve his name into Wolves’ lore. On March 17, at home against Mississauga, he scored his 51st goal of the campaign to match Foligno’s record. Two nights later on the road against the IceDogs, in the final game of the season, he potted an empty-netter with 25 seconds remaining to become the franchise’s leading goal-scorer.

After scoring his milestone marker, Milley was not only mobbed by his teammates but even the rival IceDogs players. “Jason Spezza and a bunch of the players came over and congratulated me,” Milley recalled. “I scored the goal and both teams kind of acknowledged it. It was a first-class move. It’s something at the time that didn’t mean a lot, but as you move on and get older it means more to you,” he added.

The majority of Milley’s 167 goals scored with the Wolves came from the chemistry he found playing with centre Jason Jaspers and left wing Taylor Pyatt. “We were all unselfish players and we cared more for the team than we did ourselves. That helped everybody out,” Milley attributed. “Jaspers was a centreman who was tenacious, read the play well, went to the dirty areas to get the puck, could score and make plays. Same with Taylor Pyatt, you get him the puck and he was a strong winger, power forward who was dangerous from anywhere. It was a privilege to play with those guys,” he noted.

Following his time with the Wolves, Milley turned pro, playing in the American Hockey League for eight years, including 29 games in the NHL for the Buffalo Sabres and Tampa Bay Lightning. In 2008, he signed with Grizzly Adams Wolfsburg in the Deutsche Eishockey Liga in Germany, where he went on to play for nearly a decade.

After hanging up his skates for good in 2017, Milley knew he wanted to stay in the game, but wasn’t sure which area to pursue. “I was thinking about scouting but I also wanted to be in player development, so I thought the best way to do that was to get into coaching,” he recalled. Coaching made the most sense for Milley because when he thinks back to his time in junior hockey, he views it as the most important stage of his life both on and off the ice.

Once Milley returned from Germany, he and his family settled in Ottawa, where he reached out to the Ottawa 67’s newly-appointed general manager, James Boyd, to see if he could offer any assistance. As luck would have it, there was a vacancy, and Milley joined the staff for the 2017-18 season, alongside head coach Andre Tourigny and associate coach Mario Duhamel.

Milley is only a year into his coaching career, but his passion for being behind the bench is undeniable. “I love it. I’m learning under two great guys, Andre and Mario. I’ve tried to take what I’ve learned from the coaches I’ve had, the good things and bad things, and learn from them and take out of it what I thought worked to make me a better coach,” he credited.

Heading into the upcoming season, Milley wants to build on the relationships he has already d 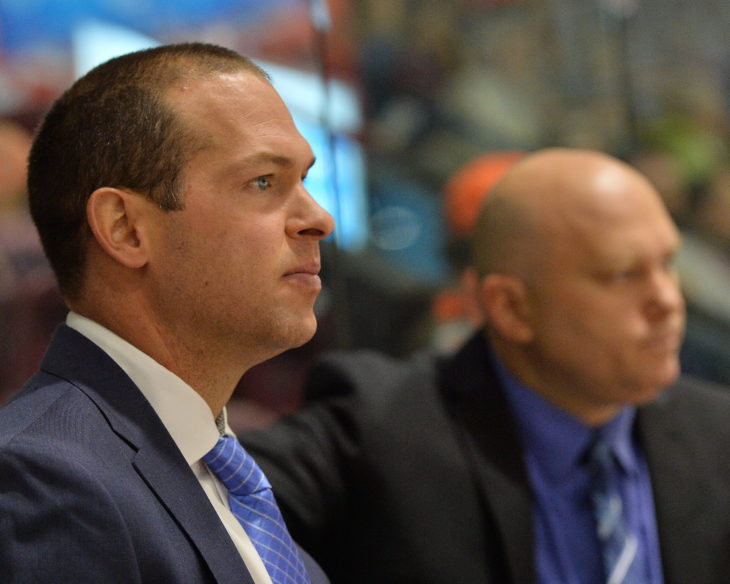 With Milley back in the OHL, he’s already had the opportunity to return to his old stomping grounds in Sudbury. “When I came back with the 67’s for the first game it was emotional. A lot of great memories of that arena and the people,” he recalled. Milley’s first homecoming last season might have conjured up plenty of good memories, but those thoughts had dissipated by the second intermission when Ottawa adjourned to their dressing room down 5-0.

Although Milley had once welcomed the sight of the stuffed wolf that signalled home goals during his Sudbury playing days, it wasn’t the same feeling on the other side of the ice. “The wolf kept coming down and it brought back a lot of memories. That night when they played against us, the 67’s, seeing that wolf come down that many times against us, I wasn’t that happy about that night, but I loved seeing that wolf,” he recalled.

Milley will have the chance to see the stuffed wolf again on November 15, when the Wolves host the 67’s on Thursday night for their second tilt of the season.