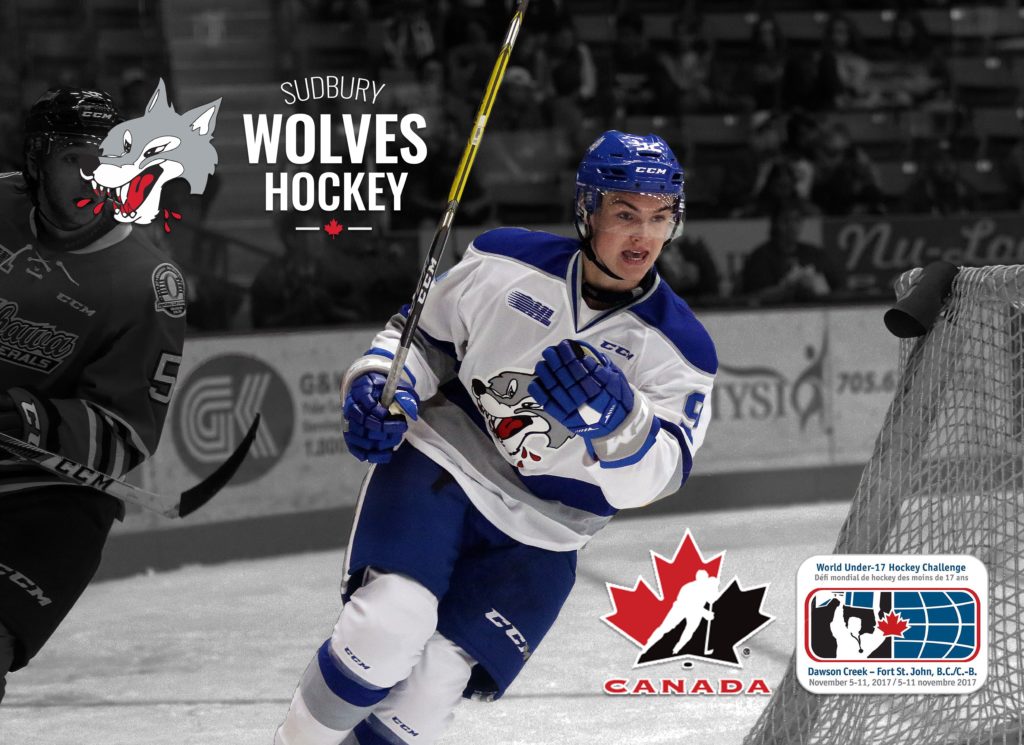 The Sudbury Wolves wish to congratulate first year Wolves forward, Blake Murray who has been selected to represent Canada at the World Under-17 Hockey Challenge in November!

A total of 23 OHL players are included in the announcement and will be divided into three teams representing Team Canada Black, Team Canada Red, and Team Canada White when they compete against the Czech Republic, Finland, Russia, Sweden, and the United States in their quest for a gold medal.

The 23 OHL players are included in an overall total of 54 CHL players named to the roster.

“There is a strong, talented, and skilled group of players to choose from and we feel the 66 we have selected are a great representation of the depth of Hockey Canada’s Program of Excellence,” said McEwen. “These young men have demonstrated an ability to learn, grow, and develop while giving Canada the best chance at bringing home gold on Canadian ice.”

Action gets underway Nov. 5 in Dawson Creek and Fort St. John, BC

TSN and RDS, the official broadcasters for Hockey Canada, will air one semifinal and the bronze- and gold-medal games; please check local listings for details.

Tickets are now on sale with a number of ticketing options for fans in both venues, including a Team Canada package. Fans can take advantage of the best ticketing option by purchasing the full-tournament package, which includes all 14 games at the Encana Events Centre in Dawson Creek, or all 12 games at the North Peace Arena in Fort St. John.