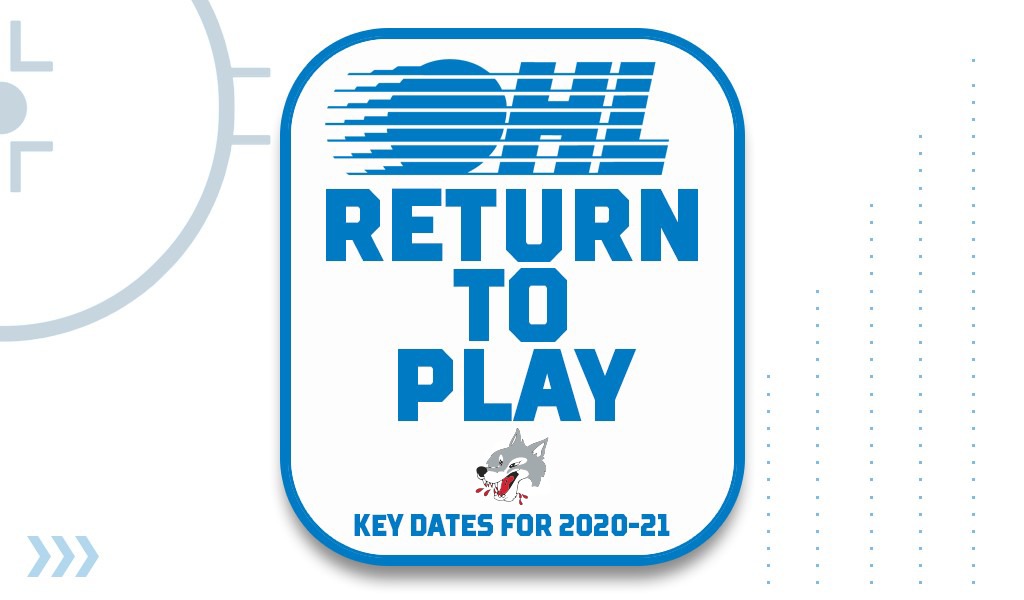 Toronto, Ont. – With a planned return to play less than three months away, the Ontario Hockey League continues to work with government and health agencies to plan the safe return of OHL action while also finalizing outstanding issues such as safe attendance at venues and cross border travel for teams. In preparation for the 2020-21 playing season, the League today announced a number of key dates to be circled on the calendar.

OHL Training Camps are scheduled to open on Sunday, November 15, with Exhibition play commencing on the weekends of November 20-22 and 27-29.

Other notable dates for the 2020-21 season include a February 10, 2021 trade deadline, the conclusion of the Regular Season on April 29 and the 2021 OHL Playoffs for the J. Ross Robertson Cup taking place from May 2 to June 14. The 2021 Memorial Cup presented by Kia is scheduled for June 17-27 and will be hosted by either the Oshawa Generals or the Soo Greyhounds.

The OHL plans to open the 2020-21 Regular Season on the previously announced target start date of Tuesday, December 1.

The Wolves, Ontario Hockey League and Canadian Hockey League will continue to work with Public Health and the Provincial and Federal Governments to ensure all safety plans are set as the teams prepare to return to play.

The Sudbury Wolves would like to continue to thank our loyal season ticket holders and fan base for their support over the past months. As more details on the upcoming season are available, we will continue to keep you informed. To stay up to date on all things Sudbury Wolves, visit sudburywolves.com or follow us on Facebook, Twitter and Instagram.