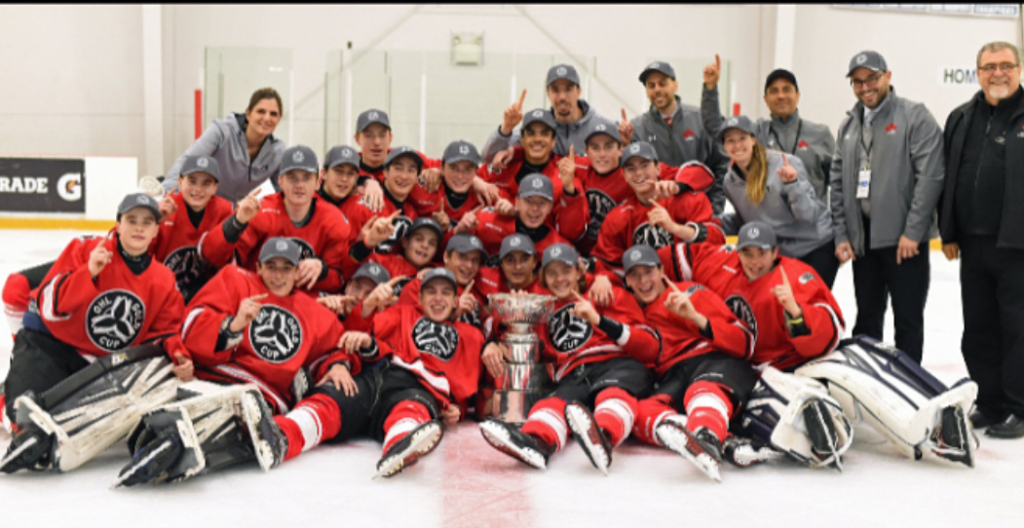 Over the past week, 9 Sudbury Wolves prospects participated in the OHL Gold Cup in Kitchener, ON.  There were a number of outstanding performances from Wolves prospects, including Brodie McDougall and Anthony Tabak, who took home the cup with Team GTHL Red.

An outstanding performance by Levi Siau, who was drafted in the 12th round of the OHL Priority Selection by the Wolves this past spring, had 1 goal and 4 assists, to lead his team offensively. He was named NHO star of the game in game one with 1 goal and 2 assists, in an overtime loss to GTHL Blue.

Mazur, playing for NOHA, finished the tournament with an assist.  Playing for GTHL Blue, Kosta Manikis and Liam Ross, finished with a 3-2 record, with Ross picking up one assist for the team.

The OHL Gold Cup is used by Hockey Canada to evaluate prospective players to invite to Team Canada’s U17 selection camp this summer. From there, players will then be selected to participate in the World Under-17 Hockey Challenge which commences Nov. 5th-11th, 2017 in Dawson Creek and Fort St. John.

For more information on the OHL Gold Cup, visit: http://ohlgoldcup.pointstreaksites.com/view/ohlgoldcup