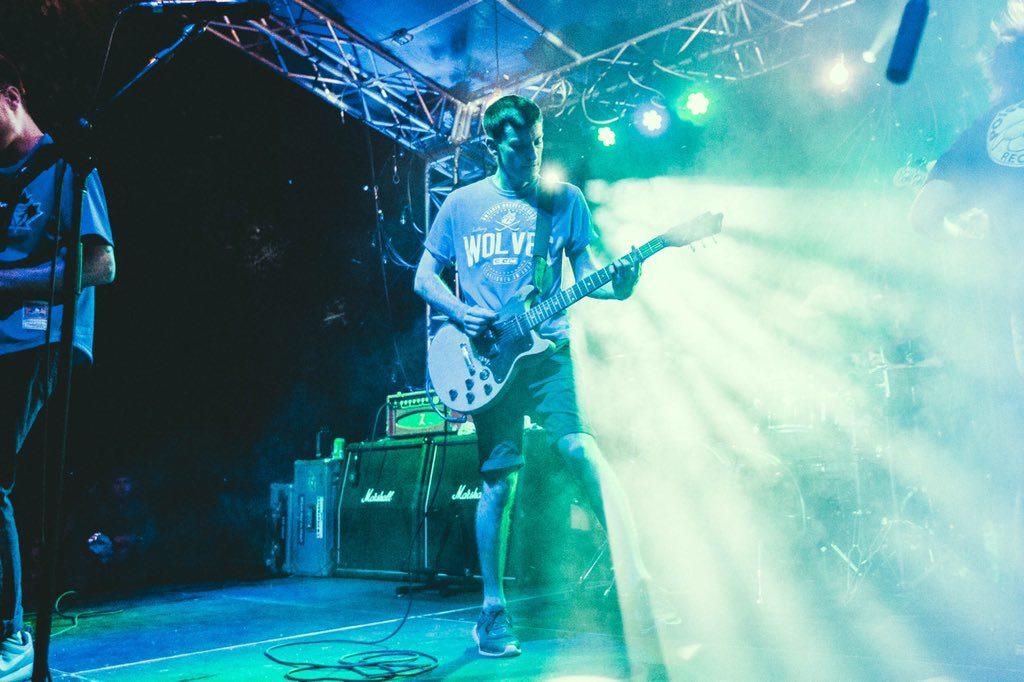 Stefan Babcock is no stranger to performing in front of crowds. The lead singer of the punk band PUP has been on stages around the world. This Saturday, however, will be a different experience.

Although PUP doesn’t begin touring again until February, Babcock has a show booked this weekend. He’s singing the national anthem at the Sudbury Community Arena before the Wolves host the Soo Greyhounds.

“I’ve gotten used to walking out on a stage in front of thousands of people and the specific types of people who come to PUP shows, but I don’t usually get stage fright anymore,” Babcock said.

“But this will be a different situation for sure. To know that I’m going to walk out and sing a style that I’m not used to singing, to people who probably, 95% of them, don’t know the band, will be a little nerve-wracking.”

Babcock plays music for a living, but he’s never sung the national anthem at an event. “The last time I sung the anthem was probably in elementary school,” he laughed. “I’ve never done anything like that.”

While Saturday’s gig will take the frontman out of his comfort zone, it was an opportunity he simply couldn’t pass up. “I don’t think it’s a thing that people who play our genre of music get asked to do very often,” Babcock said.

“It’s always good as a musician to have different experiences that kind of put you in an uncomfortable position and one that you want to really succeed in.”

As Babcock prepares for his anthem performance, he already knows it will be an experience that will stay with him for a long time. He and his bandmates will play upwards of 200 shows in a year, but he acknowledges they all kind of blur into one.

“I had an awesome time playing in Southampton, UK two months ago, for example, but chances are that it’s just going to blur into all the other shows. This will be a different experience,” he said.

“The moments that stand out are the weird ones. The ones that are different from what you’re doing day in and day out.”

In a year in which Babcock and PUP had the chance to perform a holiday rendition of their nihilistic song “Kids” with puppets on CBC Kids and will have the opportunity to play Coachella, one of the largest music festivals in the world, singing the anthem at a Wolves game may still end up ranking as one of his top highlights.

“Well, I guess I’ll have to wait to see if I get booed off the ice or not,” he chuckled. “It’s funny when you go outside of your comfort zone, those are the moments you can remember for the rest of your life.”

After the anthem, Babcock will be sticking around to watch the game. He’s a diehard hockey fan and has been drawn to the Wolves ever since he attended his first game a few years ago with his partner, Amanda.

With the band not heading back out onto the road until next month, he’s looking forward to catching the team play live, something he hasn’t done in a while due to his busy touring schedule.

While Babcock may not get to see the club play as often as he’d like, he acknowledges it’s been pretty special to be a Wolves fan the past couple of years. “Got to see [Ukko-Pekka] Luukkonen be the best goalie in the OHL and now get to see Byfield tearing it up. It’s been a fun few years.”

When Babcock takes to the ice on Saturday, the only thing missing will be his bandmates. “I was trying to get them to come up to the game but they all had other commitments,” he said.

“They’re very adamant that Amanda film it so that they can roast me for it for years to come.”

Regardless of the outcome, it will certainly be an experience that Babcock won’t soon forget.