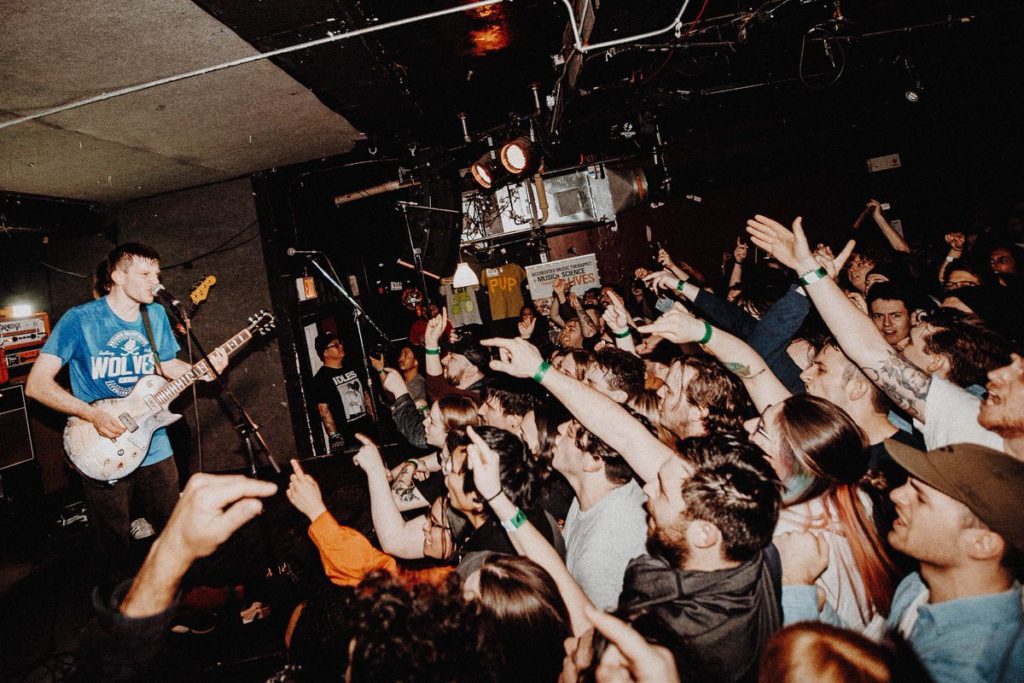 One glimpse of the wolf was all it took. Before the mangy beast had even run its course just below the rafters in the Sudbury Arena, Stefan Babcock had become a Wolves fan.

Babcock, who tours all over the world as the frontman for the Toronto-based punk band PUP, has seen plenty of things in the dimly-lit venues where their music has reverberated, but there was nothing quite like the moment he first spied the Wolves’ taxidermic goal celebration prop. “Seeing that for the first time, I was like man, these are my people,” laughed the musician.

Growing up in North York, hockey had always been a part of Babcock’s life. “Pretty basic Canadian story of watching Hockey Night in Canada every weekend with my family and cheering for the Leafs,” he reflected. By age five he began playing hockey and continued the sport into his teenage years, suiting up for teams like the Willowdale Blackhawks along the way.

While he had gave up the sport on a competitive level after injuries kept him out of the lineup, hockey remained important to him, even as his musical career took off. “It’s always just been a big part of my life,” he explained. Although he admits that there were bleak years, as a Leafs fan, when he wanted to write hockey off, it’s always been a part of him.  When he and his bandmates were touring Europe recently to promote their latest album, Morbid Stuff, Babcock always made an effort to catch the Maple Leafs’ playoff games, even if that meant nodding off after the first period because of the time change. 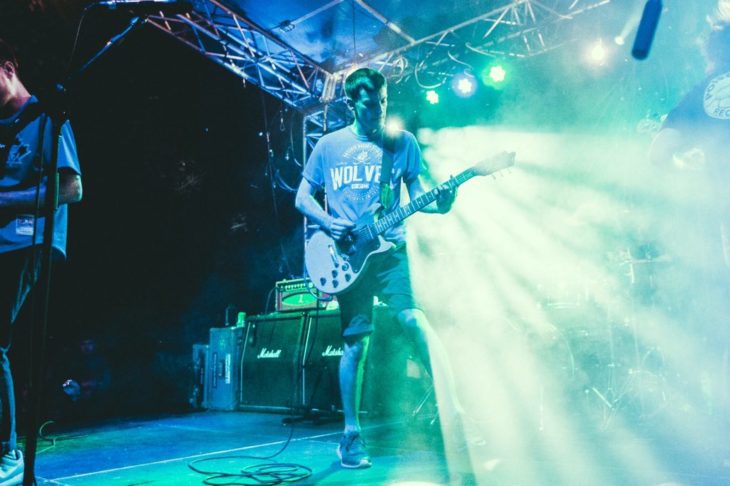 Babock’s first brush with the Wolves came a few years ago when he and his partner, Amanda, both attended their first game. Although it was his first Wolves game, Babcock was no stranger to Sudbury. An avid outdoorsman, Babcock used to go backcountry camping every in Killarney, just south of Sudbury. “I used to go camping in Killarney for a week or so every summer,” he explained. “They have a hike called the Crack that I’ve probably done about 30 times at this point. Sudbury was kind of the supply town on the periphery so those were my first kind of experiences there,” Babcock added.

When he started dating Amanda, whose family is from Sudbury, Babcock had even more reasons to visit. “We started going up to her cottage every year and spending more and more time there and then we starting spending winters there and I just kind of fell in love with it,” he proclaimed.  Babcock was so smitten with the area that he and Amanda bought a cabin near the French River. Unfortunately, the cabin wasn’t winterized, which led to spend winters at Amanda’s aunt’s house in town. Soon enough, the pair were up there every winter, playing hockey out on the ice or going snowshoeing in the nearby trails.

With the couple regularly spending their winters in Sudbury, Babcock suggested it was time they catch a Wolves game. “The first Wolves game I saw was against the Greyhounds and there’s something that’s just so amazing about the OHL atmosphere. Going to Sudbury you can tell that the Wolves and hockey culture are really important and that this team is what these people have and it’s important to them” Babcock reasoned. Although Amanda is not really a hockey fan, besides watching the odd game with Babcock in their tiny apartment, it was hard for her not to get caught up in it as well. “You don’t even have to be a hockey fan to find that atmosphere contagious. Now she looks forward to those games, too,” Babcock noted.

Ever since that first game, the Wolves have held a special place in Babcock’s heart. Even when he’s not in Sudbury, you can sometimes catch him sporting a Wolves T-shirt at one of PUP’s shows. With the release of the band’s third album this past April, Babcock’s been on tour since mid-March and, as a result, missed the team’s post-season.

Although he laments not being able to catch a Wolves playoff game, it comes with the gig. Babcock and PUP will be on tour until December, with a few weeks off here and there, before heading back out overseas for the fourth time in 12 months to promote the record. After the band wraps up the Morbid Stuff tour, Babcock expects they’ll spend the next six months writing and recording their next album. 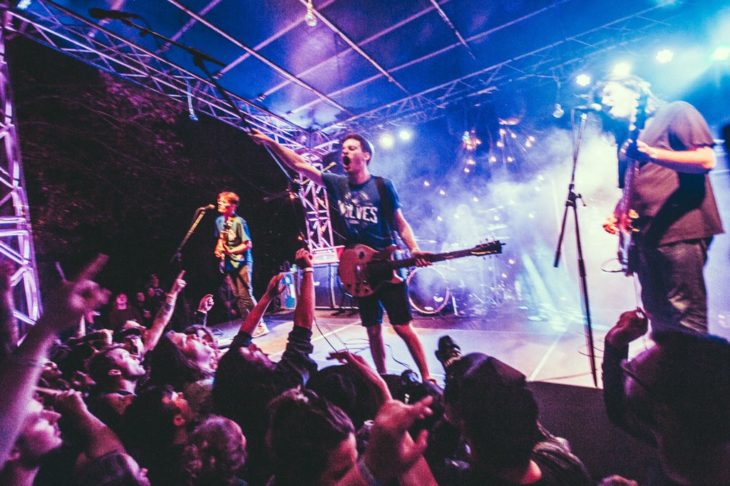 Babcock says he’d love to write a hockey song, but don’t expect to hear it on PUP’s next record. “I don’t know if it would fly in this band, being the only hockey fan and all, but it’s something I would like to do, but it’s also a thing in which it’s a fine line between doing something cool and making something super cheesy,” he explained. If Babcock ever does decide to make that hockey song, you can bet it will find some receptive ears over the loudspeakers at the Sudbury Community Arena.