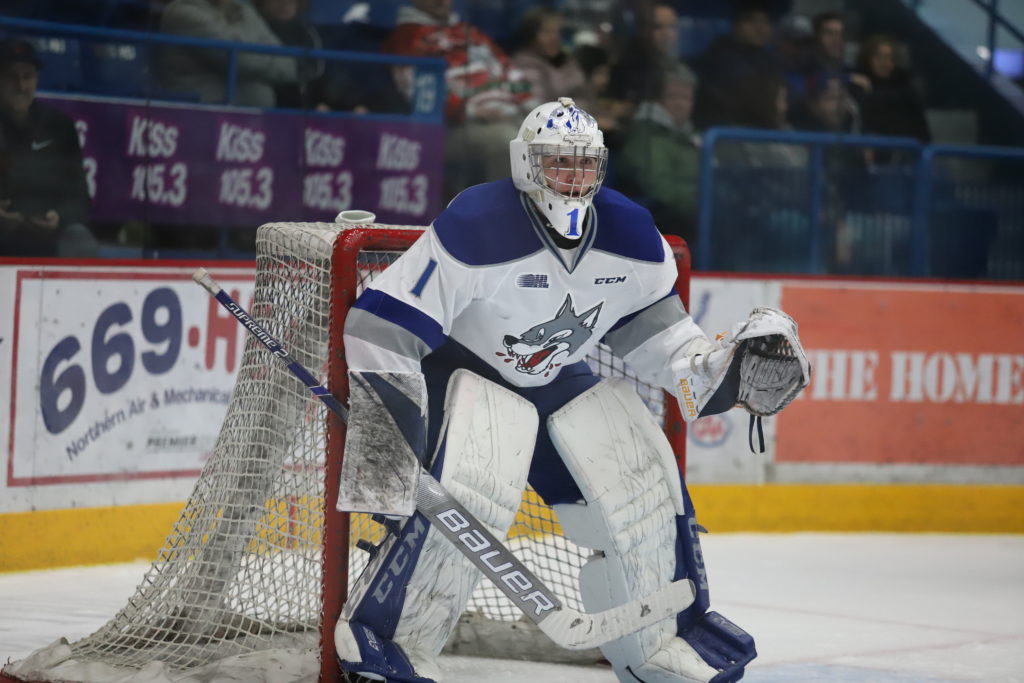 I couldn’t have asked for a better season to start my journey as the Sudbury Wolves’ historian. I have had the opportunity to share many stories from the team’s past this year, but as the season unfolded, it was clear that the club was making history before my eyes.

The Wolves finished the 2018-19 campaign with a sterling record of 43-20-3-2. The 43 victories was the most since 1994-95, and was just four wins shy of the franchise record established in 1975-76 by the team that boasted Ron Duguay, Mike Foligno and Randy Carlyle. Not to mention Rod Schutt, who had his no. 8 jersey raised to the rafters of the Sudbury Community Arena this past November.

The Wolves gave the faithful Sudbury crowd plenty to cheer about this season. Before the holiday break, on December 14th, the Wolves picked up their 12th straight home victory, which tied a franchise record originally set in 1994-95 and matched again in 2013-14. In their final home game of the regular season, the Wolves picked up their 27th victory at home, just one shy of matching the franchise record established in 1975-76. The pack had little difficult finding the back of the net this year. The Wolves finished the campaign with 254 goals, the most since 2000. In addition to that impressive lamp lighting, Sudbury limited their opponents to 206 goals, giving the club its best goal differential since 1998, as far back as the OHL’s online statistics are available.

Before the season began, all eyes were on the club’s highly touted first overall pick, Quinton Byfield. The Newmarket native immediately lived up to his billing. In his first game as a Wolf, he scored his first career OHL goal in electrifying fashion. Byfield finished his rookie campaign with 29 goals and 61 points, the most points by Wolves rookie since Benoit Pouliot scored 65 points in 2004-05. The future looks bright for Byfield, who continues to make his case as a top pick in the 2020 NHL Entry Draft.

While Byfield got fans out of their seats with his speed and skill, import goaltender Ukko-Pekka Luukkonen was the most integral part of the team’s success this past season. The Finnish netminder recorded 38 victories and six shutouts in the Wolves’ crease. One of his most notable performances was on his birthday. On March 9, Luukkonen turned aside all 41 shots he faced to establish the club record for the most shutouts in a season. Those six shutouts also matched the franchise record for most career shutouts by a Wolves goaltender. Moreover, Luukkonen’s 38 victories and six shutouts were most in the OHL this season, and his 920 save percentage was a cut above the rest. Outside of his performances with the Wolves, if that wasn’t enough, Luukkonen backstopped Finland to the gold medal at the World Juniors.

In what has already proved to be one of the most shrewd moves in Wolves trade history, Adam Ruzicka scored 24 goals in 30 games with Sudbury. The import forward made an immediate impact, scoring in his first game following his acquisition from the Sarnia Sting. Ruzicka went on to score 23 more goals, including a four-goal performance on March 15, 2019. If Ruzicka maintained that scoring clip over a full 68-game season, it would work out to a 54-goal campaign. To put that number in perspective, the Wolves haven’t had a 50-goal scorer since Norm Milley reached the milestone in back-to-back seasons in 1999 and 2000.

This past season was one for the record books, but the best is yet to come. There hasn’t been this much excitement heading into the playoffs, since Jamie Rivers’ final campaign with the team in 1994-95. As Rivers recently recalled, there was nothing quite like playoff hockey in Sudbury in the spring. “It was an electric atmosphere. Honestly, it’s the closest you can get to playing in the Stanley Cup Playoffs, is having played playoff hockey in Sudbury in that era,” he recollected. Following Sudbury’s 40th victory, Rivers gave the club a heartfelt congratulations on Twitter, and encouraged them to go get what he couldn’t, the Memorial Cup. Sudbury begins their quest for junior hockey lore this Friday when they host the Mississauga Steelheads.