Scott Murray’s Journey From the Wolves to the Stanley Cup 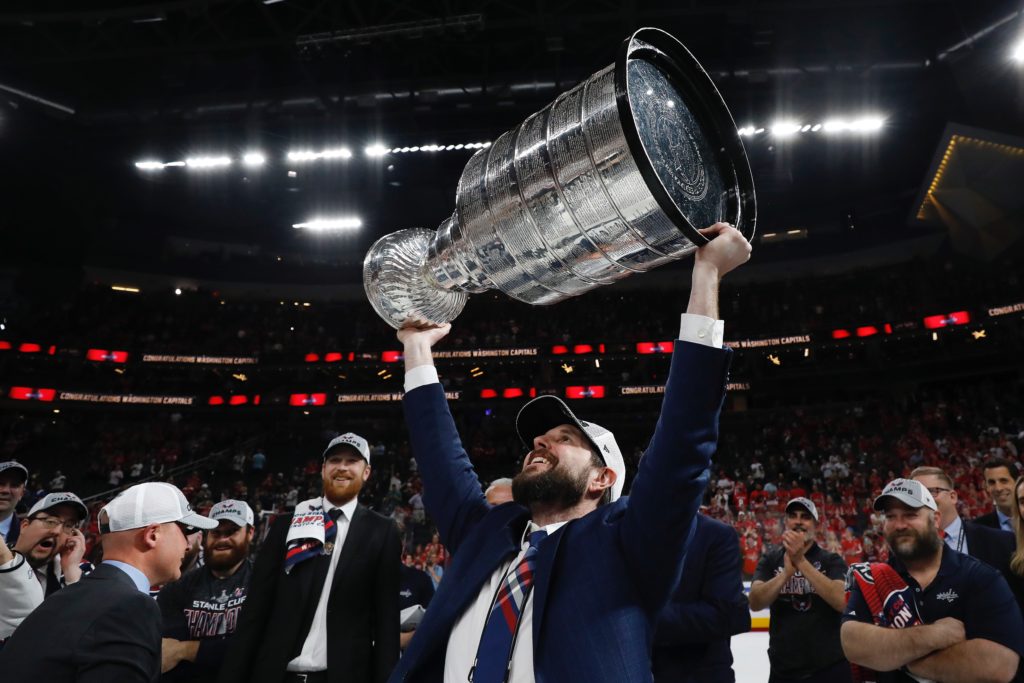 Five years ago, Scott Murray was the goaltending coach for the Sudbury Wolves, now he’s a Stanley Cup champion with the Washington Capitals. Before joining the Capitals organization as an associate goaltending coach in 2013, Murray’s path to hockey’s holy grail went through Sudbury.

Following his collegiate career tending the twine for Lake Superior State University, Murray played a handful of games at the minor league level before hanging up his pads in 2005. Although his playing days were over, Murray wasn’t ready to step away from the game completely, and coaching was the perfect fit.

The prospect of coaching had intrigued Murray since he played for the Chatham Maroons in Junior B. “Tim Bacik was my first full goalie coach when I played junior, and he was an unbelievable guy. He got my wheels turning on being a student of the game,” Murray recently told the Sudbury Wolves in an interview.

At Lake Superior State University, Murray was influenced by goaltending coach Terry Barbeau, who stoked his interest in further developing his coaching skills. “I was not good enough to play long-term, and I think as I got to know those guys more, and see what type of people they were, I think I saw some of those qualities in myself. I knew I always wanted to stay in the game and meeting those guys and seeing what type of people they were kind of drove me to become a coach,” he reflected.

Following the completion of his teaching degree at the University of Windsor, Murray and his then-fiancée, Renee, moved to Sudbury. Renee had grown up in Sudbury and it seemed like the ideal location for Scott to start his teaching career and raise a family. While he busied himself supply teaching for the Sudbury Catholic District School Board, Murray also began wading into the coaching world. He started his own goaltending school and soon picked up his first coaching duties with Copper Cliff’s minor midget team.

After four years of building his reputation as a goaltending guru at the local level, working with other teams such as the Nickel Capital Wolves and Junior Wolves, Murray caught the attention of the Sudbury Wolves. In 2009, he was tapped to become the OHL club’s goaltending coach.

For Murray, it was an incredible opportunity. “I was lucky enough to be with some unbelievable coaches. Starting with Bryan Verreault, Mike Foligno, and then Trent Cull came on board with Jeff Beukeboom and Dave Bell. Just being with those guys, I think you learn what it likes to be involved in a hockey staff and the type of person you have to be. Without that experience, I don’t get an opportunity to get up to the NHL and succeed at this level,” Murray recalled.

Behind the bench in Sudbury, Murray learned plenty from his colleagues, but the most important thing they taught him was the importance of being true to yourself. “I think the biggest thing you learn from those guys is that being yourself and being honest with who you are and the work ethic you need to have to be successful at any level. Being yourself and not trying to go outside the box as far as who you are because as soon as you do that your staff sees it and the players see it,” he noted.

That philosophy has served him well, even as he graduated to the NHL coaching ranks. In 2013, when the Washington Capitals promoted Olaf Kolzig to goaltending coach, Murray was brought in as the associate goaltending coach to work with the club’s American Hockey League affiliate in Hershey.

Joining the pro circuit, the biggest adjustment for Murray was working with a different class of players. In junior, they are still developing, but at the pro level many of them are already well-established. “At that point in their career, they know exactly who they are and they’ve built that over time. You have to combine development with really getting to know them and where they’ve been and why they’ve been successful,” he noted. “You really need to understand them as people, as athletes, and build a relationship with them so you can add development into it so you can make sure they’re always getting better. That’s still their goal but they’ve also developed a bit more of a niche for themselves and you’ve got to try to understand that as you go along,” Murray added.

As Murray advanced through the organization, he had world class mentors by his side at every step of the way. Beginning in Hershey with the Bears, Murray had the chance to learn from Kolzig, who he calls Olie and refers to as a “first-class human being, an unbelievable goaltender, and a true friend.” Under Kolzig’s tutelage, Murray believes he was given the outline and the blueprint for what it means to be a true professional.

When Capitals head coach Barry Trotz brought in renowned goaltending coach Mitch Korn in 2014, Murray couldn’t believe his luck. “I definitely walked into a jackpot,” he recalled. “Mitch gave me an opportunity to stay on and apprentice under him. Bottom line he’s a Hall of Fame goalie coach. To be able to learn from him and transition from being a minor league to the NHL was an incredible opportunity that I’m extremely grateful for,” Murray said.

After working with Korn for three seasons, Murray was given the reins when he was promoted to head goaltending coach for the 2017-18 campaign. This past season, Murray worked with Vezina-winning goaltender Braden Holtby and Philip Grubauer, who increasingly earned more ice time towards the end of the season with his superb play. Murray had worked with Grubauer when he was coming up in Hershey, and was impressed by how he always was able to provide consistent performances.

Heading into the Stanley Cup Playoffs, after making the most of his opportunities down the stretch, the crease was Grubauer’s to lose. But after the German-netminder stumbled out of the gate in the first two games against Columbus, some believed the Capitals were veering towards another premature postseason exit. Instead, Murray navigated the situation and says both goaltenders handled it with aplomb. “It’s never fun when you have to transition from one goalie to another in a playoff round, but what those guys did allowed for our team to have success,” he suggested.

Following Holtby’s return to the crease, Washington rattled off four straight wins to eliminate the Blue Jackets and moved on to face the Penguins in the second round. Despite consistently faltering against Pittsburgh in previous post-season match-ups, the Capitals finally exorcised their demons and defeated the Penguins in six games. In the Eastern Conference final, Washington was on the verge of elimination, but after Braden Holtby posted back-to-back shutouts, they defeated Tampa Bay in seven games to advance to the Stanley Cup Final for the first time in two decades. After dropping the first game of the championship series to the Golden Knights under the bright lights of Las Vegas, the Capitals made short work of their opponents to win their first Stanley Cup in franchise history.

As Murray watched his players and colleagues hoist Lord Stanley’s silver mug, he couldn’t help but get caught up in the surrealism of the moment. “It’s extremely rewarding to see the players and the goaltenders cap off a year by winning their last game and getting the chance to do something they’ve dreamed about their entire lives,” he fondly recalled. When it came time for Murray to take the trophy, all he kept thinking about were the people who helped him along the way and how all their efforts had culminated to this point. “That’s the best part, you kind of get the chance, in your head, to thank the people who helped you out along the way. That’s the most rewarding part, to have that feeling to do that with the people who have been so important on the journey,” he reminisced.

After celebrating in Las Vegas with his wife, Renee, and children Tylar, Ella, and Liv, Murray had the chance to bask in the accomplishment with his colleagues that night and again when the team held its championship parade in Washington on June 12.

Murray will have the chance to revel with the Stanley Cup again this summer when he expects to bring it to his hometown of St. Clements, Ontario, where his brother, father, and sister all live just a stone’s throw away from. He wanted to bring it back to where he grew up as it would be the first time the rural town would have the chance to be a part of a Stanley Cup celebration. “If I had two days, it would be in Sudbury,” Murray acknowledged.

Murray will be continuing his goalie camps this summer for aspiring netminders. Scott Murray Goaltending (SMG) will be in North Bay from July 31-August 3 and in Sudbury from August 6-9. You can register your aspiring netminder now for basic or advanced camps. 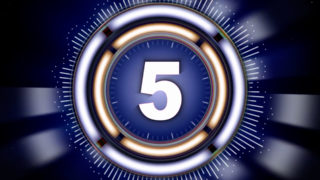 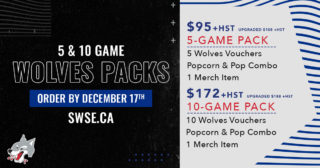 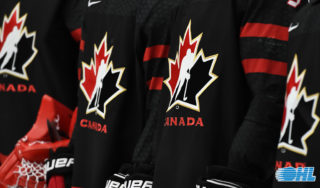 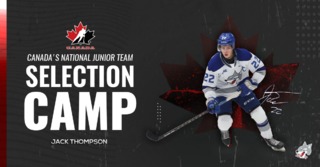