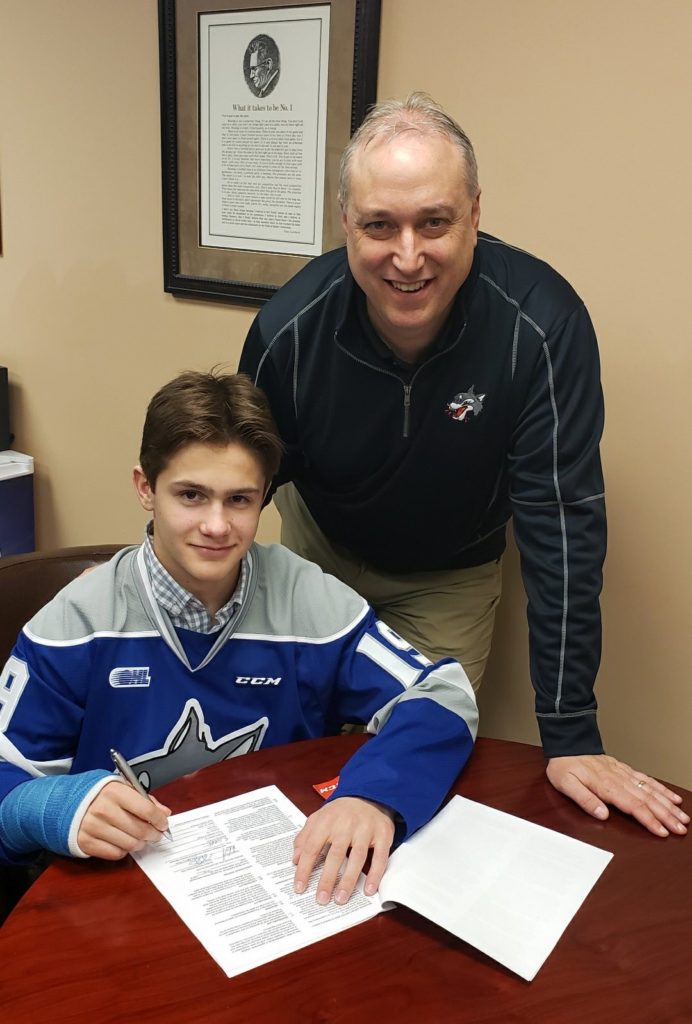 (Greater Sudbury, ON) The Sudbury Wolves are pleased to announce that Chase Stillman has committed to the hockey club. The 5’11, 162 lbs. centre played last season for the Sudbury Wolves Minor Midgets. He was selected by the club in the second round, 25th overall in the 2019 OHL Priority Selection.

“Chase was a leader with his team all year both on and off the ice,” said Sudbury Wolves VP Hockey Operations General Manager Rob Papineau. “His character and skill are what we desire when adding to our club. He is a very skilled and tenacious player and he is an outstanding young man. We are thrilled he has committed to the Sudbury Wolves.”

“This is an exciting day for my family and I,” said Chase following the Wolves Orientation Camp this past weekend. “I can’t wait to get on the ice in August and put a Sudbury Wolves jersey on.”

In 24 games with the Sudbury Wolves Minor Midgets, Chase had 19 goals and 36 assists for a total of 55 points. Chase also played 8 games for the Rayside Balfour Canadians this past season where he had 6 goals and 2 assists. He recently competed for Team NOHA at the OHL Gold Cup in Kitchener where he led the team in scoring with 5 points in 4 games, before being forced to leave the final game with an injury. Chase was also one of 11 forwards to represent Team Ontario at the 2019 Canada Winter Games in Red Deer, Alberta, where they earned a silver medal.

Fans can run with the pack all season long! Season tickets are available at sudburywolves.com.