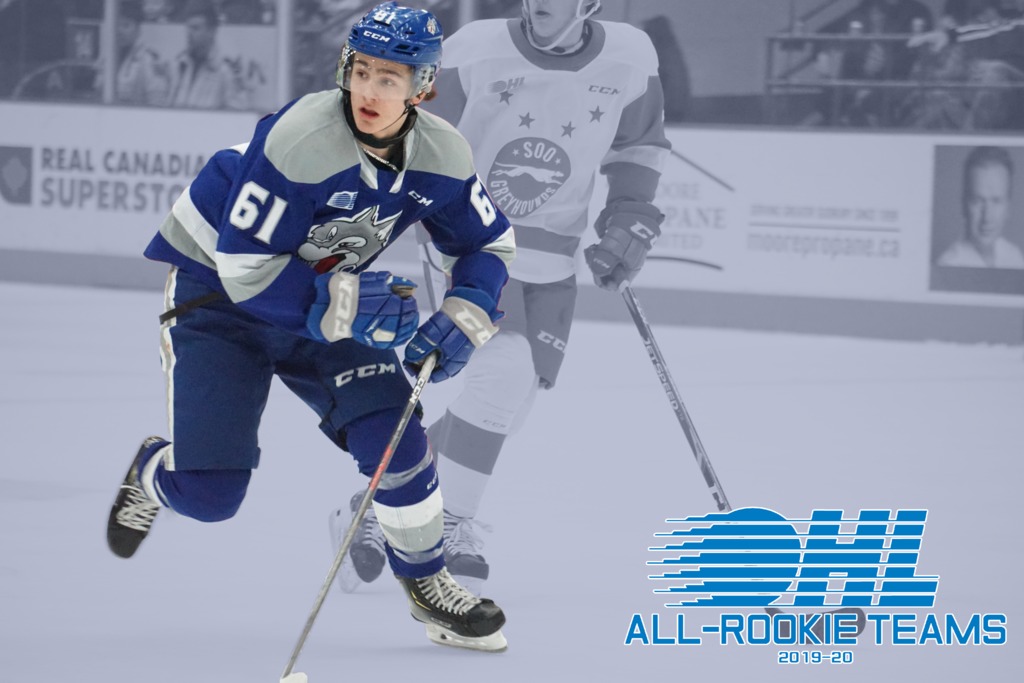 Congratulations to Chase Stillman who was named to the OHL’s First All-Rookie  Team for the 2019-20 season. In 58 games, Stillman scored 13  goals and added 21 assists for 34 points, leading Wolves rookies offensively and good for 9th in the OHL in scoring amongst rookies.

The OHL All-Rookie Teams were selected by the OHL’s General Managers, with voting conducted in two stages beginning with a Conference ballot followed by a final ballot that integrated the top selections from both the Eastern and Western Conference results.

A total of 10 different teams were represented among the All-Rookie Team selections led by the Kingston Frontenacs and North Bay Battalion with a pair each.