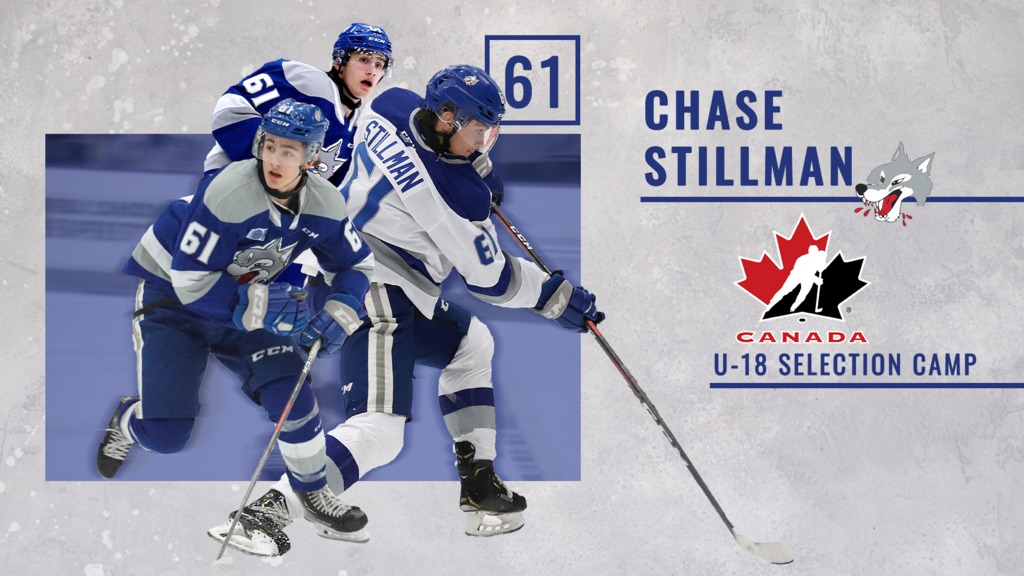 The Sudbury Wolves would like to congratulate Chase Stillman on being named to Team Canada’s Summer U18 Team Selection Camp roster. Stillman was one of 46 players named to the roster which recognizes him as one of the top Canadian Hockey Players under 18. The first year forward led the rookies on the Wolves offensively this past season with 34 points in 58 games.

These 46 players including six goaltenders, 14 defencemen and 26 forwards were set to compete for a chance to represent Canada at the 2020 Hlinka Gretzky Cup, which was scheduled for August 3-8 in Edmonton and Red Deer, Alta., before it was cancelled April 28 due to the coronavirus (COVID-19) pandemic.