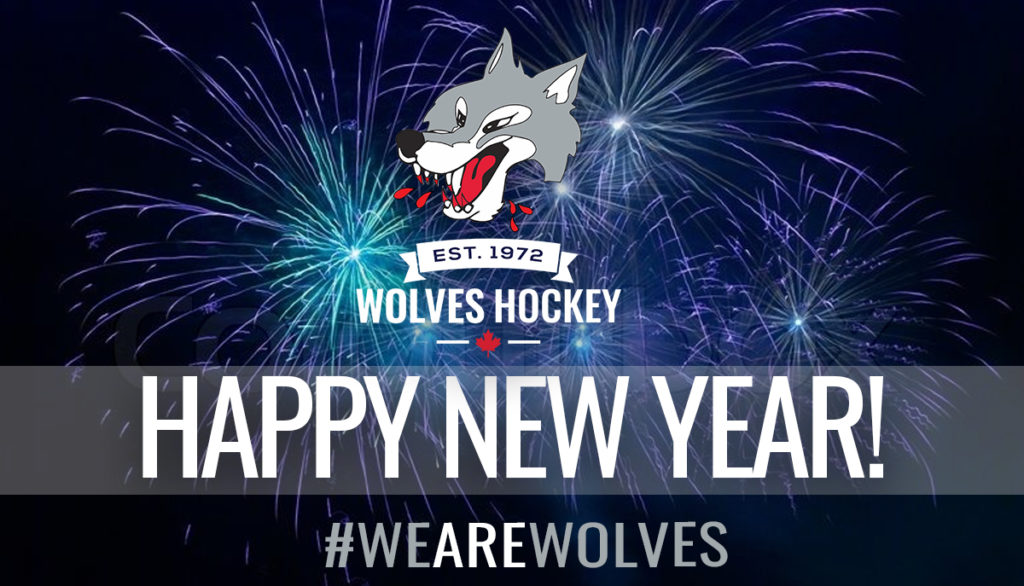 The Sudbury Wolves ring in the New Year sitting in third place in the Eastern Conference. With more than half the season already in the books, players and personnel are looking ahead to the future and thinking about ways they can improve themselves on and off the ice. Before the final push for the playoffs begins, we caught up with some members of the club to find out if they had any New Year’s resolutions for the back half of the 2018-19 campaign.

Without any hesitation, David Levin, who is just two goals shy from matching his career high, said that his New Year’s resolution is to “definitely make the playoffs and bring my game every game this half of the season and help my team win.”

Drew Wawrow, who is playing in his first season with the Wolves, hopes to “find more consistency” in the team’s remaining 33 games.

Second-year defenceman Emmett Serensits wants to “become a bigger contributor to the team.”

Darian Pilon, who has six points in three games since returning from the holiday break, “wants to get to bed earlier,” a New Year’s resolution that many of us should probably get behind.

Assistant Coach Bud Stefanski said that, as a coach, he wants to “try to see the best in everybody.”

Darryl Moxam, who was promoted to Associate Coach this past offseason, said that he is aiming for “more discipline with my overall health.”

Taking a page out of Levin’s book, rearguard Zack Malik stated, “my new year’s resolution is to make the playoffs and go as far as we can. And for me personally, to play my best.”

Rookie blueliner Jack Thompson just wants to “stay healthy” in order to remain in the lineup.

Before the Wolves’ skate on December 30th, Dan “Bucky” Buckland, the club’s Head Athletic Therapist and Equipment Manager, mentioned that the last thing he needed before practice was another coffee. Nevertheless, his New Year’s resolution is to “drink less coffee,” but he’s sure it won’t happen.

The Wolves will look to kick-off the New Year with a win this Thursday when they continue their six-game road trip in Windsor against the Spitfires at 7:05pm. Fans can follow the Wolves on the road by tuning into the live play-by-play on CKLU 96.7 or Mixlr.com/sudburywolves.