The Moms Behind the Wolves 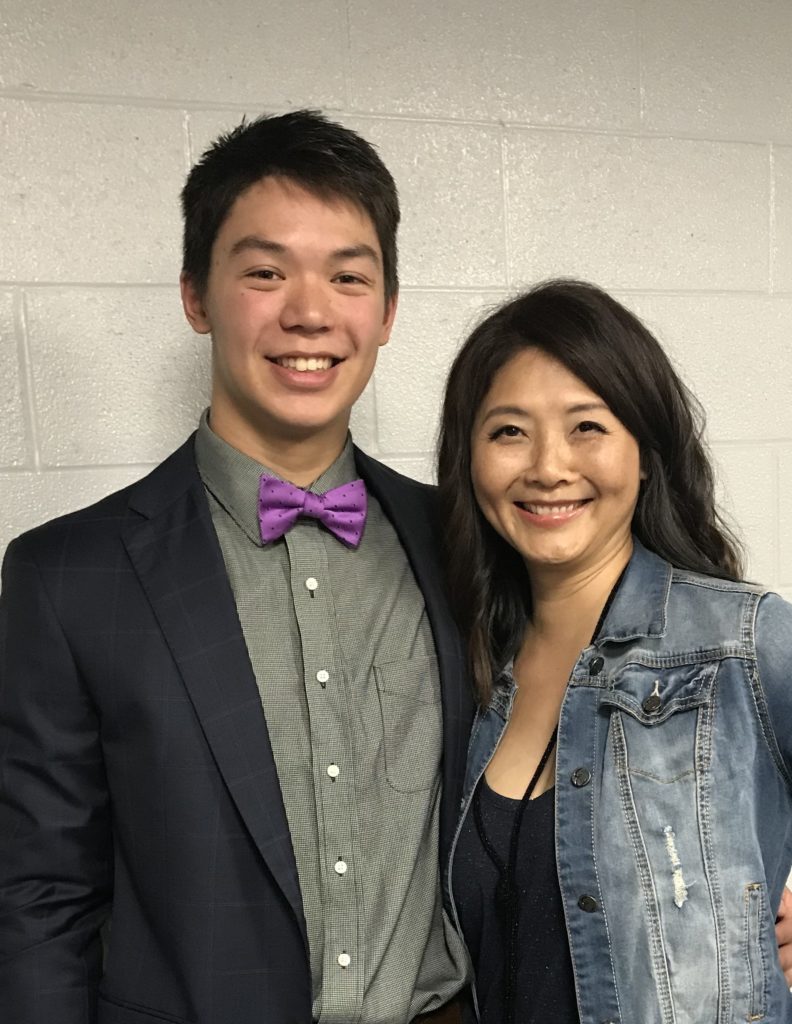 They are their biggest fans, their cheerleaders, their sounding boards, but most importantly, their mothers. The Wolves wouldn’t be the hockey players they are today if it wasn’t for their mothers.

It’s not easy being a hockey parent, especially when your child is living in another city. The house feels a little emptier. You spend most, if not all, of your weekends at the rink. The Wolves’ mothers, however, make those sacrifices, usually with a smile on their face, because they know their sons are chasing their hockey dreams.

Before the 2018-19 season began, Wendy Thompson, mother to rookie blueliner Jack Thompson, was circling dates on the calendar. Trying to decide on which games to attend became an impossible task. Once the campaign began, she threw those plans out the window. “As soon as the season started we wanted to go to every game. We just kind of made it work,” she explained. Thompson is no stranger to the rink. She works at the Tribute Communities Centre in Oshawa, home of the Generals, and when she wasn’t there, she was in Sudbury or among the crowd at one of the team’s road games.

Joan Phillips, mom to another first-year defenceman, Isaak Phillips, rarely missed a game. Phillips, who lives three hours away in Barrie, Ontario, estimates she and her husband made it down to Sudbury for 90 per cent of the team’s home games. “We were the hockey parents that never missed a hockey practice since novice. We were at practices, games. We were all in,” she laughed.

Meanwhile, the Byfield family put a lot of miles on their truck this past season. Nicole Kasper, mother to rookie sensation Quinton, says that she and her husband, Clinton, made the trek from Newmarket to catch 32 of the Wolves’ regular season home games. She used a lot of her holidays to take half days on Friday to make it down for the weekend, but it was worth it to watch her son play his way to the Ontario Hockey League’s Rookie of the Year Award.

Being on the road, however, did have its perks. When the Wolves travelled to Windsor and the United States for a three-game road trip against the Spitfires, Firebirds, and Spirit, a couple of the mothers made the most of it. Beth Murray, mom to sophomore Blake Murray, and her daughter, Paige, loaded up their car in Uxbridge, Ontario, and then picked up Nicole Kasper and her daughter, Chloe, in nearby Newmarket to make a girl’s weekend of it. “We stayed in Windsor for two nights. It was just after the holidays so we did some Christmas light tours, did some shopping, and then crossed the border into the States. It was lots of fun,” Murray said.

While the players settled into their season with the Wolves, so did their mothers. “His first game that he played, I don’t think I took a breath his first shift. I just watched him and when he went back to the bench I started breathing again,” Wendy Thompson chuckled. “When he’s off, I can watch the game but when he’s on it’s a different feeling,” she added.

To cope with the stress that comes from watching their sons play hockey at a high level, the mothers banded together. “As we got to know more of the moms, we all kind of sat together as a group. Sometimes we chewed our fingernails together,” Beth Murray described. As the season wore on and the team began racking up victories, especially during their nine-game winning streak in early 2019, superstitions crept into the mothers’ cheering section. “I know Nicole [Kasper] had to put a scarf over her lap. We did different things when they started winning games. You didn’t want to break the routine in case it jinxed something,” Murray explained.

Over the course of the streak, Murray said she wore the same black cords, black sweater and scarf weekend after weekend. “It sounds icky but I did a lot of laundry,” she assured. “Because they were winning I had to have the same outfit on,” Murray divulged. A mother’s dedication knows no bounds.

Although the stakes are higher now, Wendy Thompson still approaches Jack’s games the same way she did when he was in Novice. “You just want him to do his best and be happy with himself. It’s a totally different feeling when it’s your son, you just want him to go back to the bench and feel good about himself and have him get on the bus after the game and feel like he contributed to his team. I don’t think that changes as they get older,” she described.

The boys might be Wolves now, but to their mothers, they will always be their pups. “Even though he’s 17 years old. He’s still my baby,” remarked Marlene Ross, mother to second-year defenceman Liam Ross.

Despite the distance that separates the mothers from their sons, Wendy Thompson believes her bond with Jack has only become stronger. “I didn’t think I’d still be the hockey mom I am because he’s older, but you are still that same mom. We still have that connection that I thought would dwindle as they got older but it doesn’t,” explained Thompson. She continued, “Over the season I got a lot of ‘I love you’s,’ which wasn’t always the norm, so I think the boys appreciate their moms and miss them and reach out to them when things aren’t going as well.”

Although there were plenty of highlights throughout the season, there were also moments when it was difficult for the mothers to have their sons around. “Sunday dinners,” said Kasper. “I think that’s where we would miss him the most. Just sitting down at the table and having dinners together,” she continued. “I was the manager of his hockey team for the last three years, so I was always with him. We would have games on Sunday afternoon and then we would always have Sunday dinner,” Kasper added.

Marlene Ross acutely felt Liam’s absence throughout the season, but reminded herself that he’s away for good reason. “You remember that he’s chasing his dream. Those times when he gets to come home are so nice. We would get the whole family to come over,” she stated. To bridge the gap between them, Marlene and Liam spoke almost daily. “Every other day we would get on the phone with Liam, whether it’s on the phone or FaceTime to see how he’s doing or how he’s feeling. Yes, he’s there for hockey but there’s a lot of other things going on as well,” Ross described.

Whether it’s giving up their vacation, spending their weekends on the road or setting one less plate around the family dinner table, all of the Wolves’ mothers understand these are part of the sacrifices they make daily to help their sons realize their hockey dreams. No matter where their sons’ hockey journeys take them, they will be there every step of the way. Even on Mother’s Day.

With the Wolves’ orientation camp scheduled for Mother’s Day weekend, returning players such as Byfield, Thompson, and Phillips will be in attendance, which means so will their moms. “I don’t think there’s been a Mother’s Day in probably well over 15 years that I haven’t spent at a hockey rink,” said Joan Phillips. “And, to be honest with you, I wouldn’t have it any other way.”

To all the Sudbury Wolves’ mothers, grandmothers, and billet moms, Happy Mother’s Day!