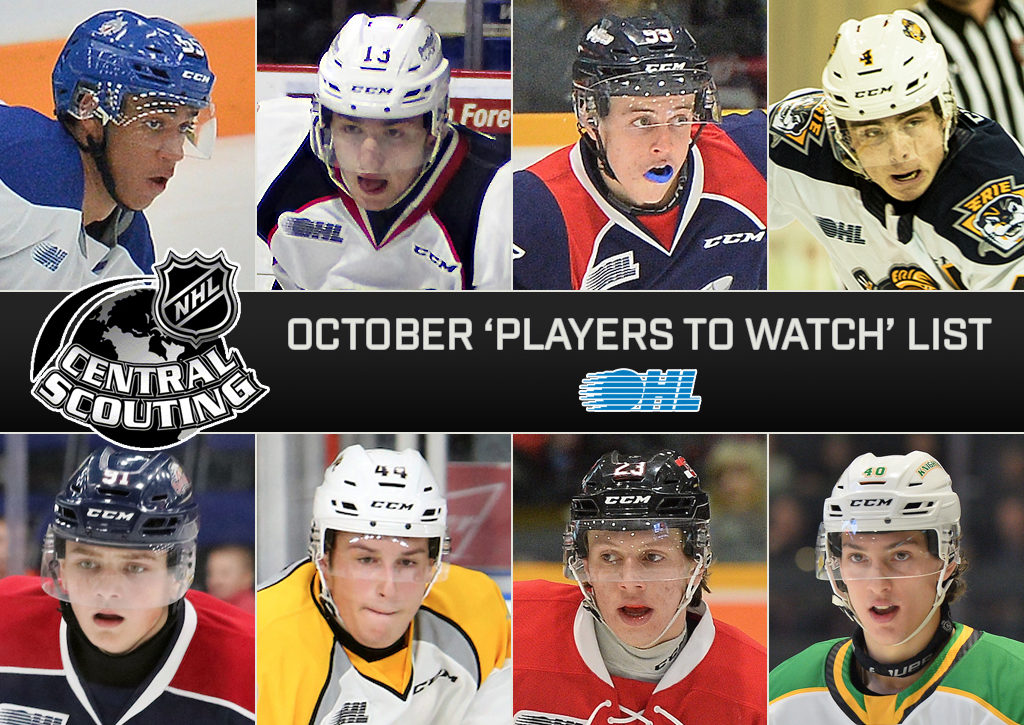 Congratulations to Quinton Byfield, Jack Thompson and Isaak Phillips who were all named to NHL Central Scouting’s October Players to Watch List for the 2020 NHL draft! Quinton, Jack and Isaak were three on 41 OHL players included. The 2020 NHL Draft is set to take place June 26-27 at the Bell Centre in Montreal, QC.

The list includes 25 OHL forwards, 14 defenceman and a pair of goaltenders.

Eighteen of the OHL’s 20 member teams are represented on the list led by the London Knights, Soo Greyhounds and Windsor Spitfires with five players being assigned rankings followed by the Erie Otters with four.

Players have been identified using the following criteria: