Wolves and Bulldogs Trade Picks Ahead of Draft 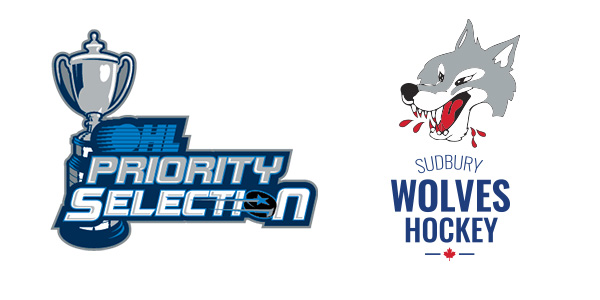 The Sudbury Wolves are pleased to announce that they have executed a trade with the Hamilton Bulldogs this afternoon prior to the OHL Priority Selection trade deadline at 3pm.  The OHL Priority Selection, which is set to begin at 9am on Saturday, is the first of the two April Selections for players,   with the second being the inaugural U-18 Midget Age Selection process created earlier this year.

The Wolves are looking forward to an exciting OHL Priority Selection this year and have the 7th overall pick in the 1st round with a total of 15 picks this year throughout the 15 rounds.  The Wolves will have 2 picks in the 4th, 7th and 12th rounds while they will be without picks in the 2nd, 9th and 14th but will end the day with 15 new players and families joining the organization.

The Hockey Operations team, from scouting staff, to management have been locked down since Thursday afternoon preparing for Saturday.  While Saturday is a key milestone in the annual Hockey calendar, the scouting team has been keeping an eye on the U-18 Midget Age Priority Selection set for Wednesday, April 12th beginning at 7pm.  With each team receiving 4 rounds of selections plus a goalie as necessary, the Wolves are keen on what the week will bring for the future of the franchise.

For more information or to follow along with the draft, fans can keep up to date on sudburywolves.com or twitter @sudbury_wolves and facebook.com/Sudburywolvesohl .