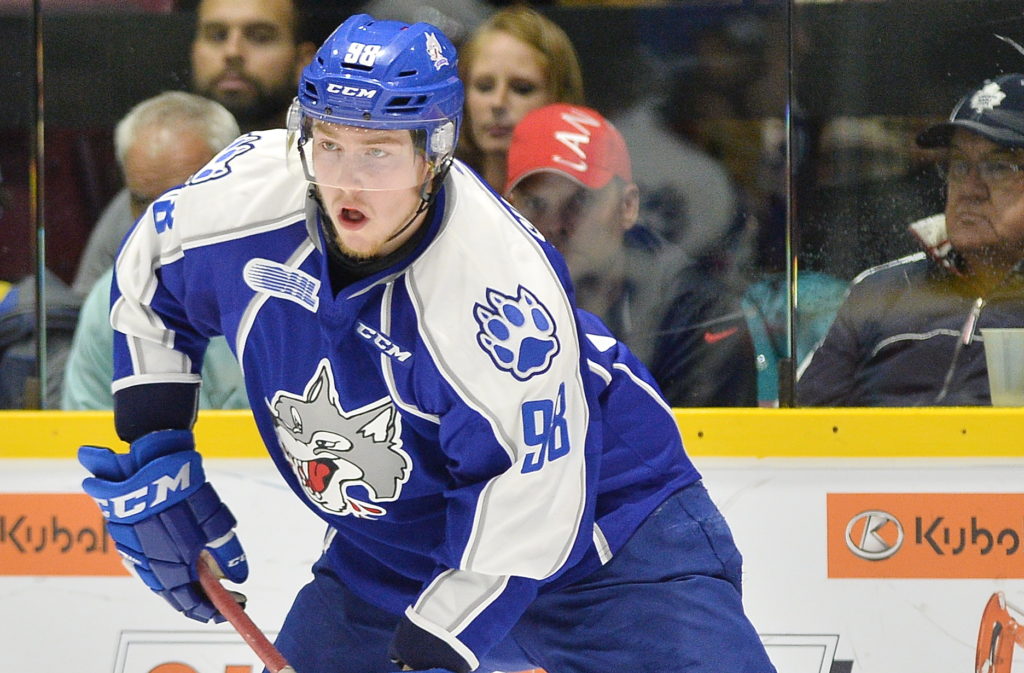 The Sudbury Wolves are pleased to announce the Player of the Month award winners for the month of January.

WOLVES UNITED COMMUNITY PLAYER OF THE MONTH
First year forward OWEN GILHULA has been named the January WOLVES UNITED Community player of the month. Early this month, Owen helped kick off the Coldest Night of the Year with the Samarian Centre by helping to serve dinner to those less fortunate. He also participated in promotion of Canadian Mental Health Associations Talk Today program as well as participated in a number of children’s promotions. Gilhula was selected by the Wolves in the second round of the 2016 OHL Priority Selection. In 27 games played, the Stratford native has picked up two goals and two assists. The Sudbury Wolves would like to congratulate Owen on his commitment to the City of Greater Sudbury and the Sudbury Wolves organization, both on and off the ice.

SKATER’S EDGE PLAYER OF THE MONTH
Minnesota Wild prospect, DMITRY SOKOLOV has been named the January SKATER’S EDGE Player of the Month. During the month of January, Sokolov notched 15 points in 10 games played including 9 goals. Sokolov also had a 9 game point streak that extended from New Year’s Eve until January 20th, including 5 consecutive games where he scored two goals per game. Sokolov continues to the lead the Wolves offensively with 49 points in 43 games played. The Sudbury Wolves would like to commend Dmitry for this tremendous play this season.

TESC HARDEST WORKING FORWARD
MICHAEL PEZZETTA has been names the TESC Hardest Working Forward for the month of January. The Montreal Canadiens prospect works extremely hard on and off the ice and isn’t afraid to go into the corners after the puck. He is a strong leader for the young players and never gives up on a play. In 33 games this season, Pezzetta has 13 points. The Wolves would like to congratulate Pezzetta on his hard work and determination this season.

TESC HARDEST WORKING DEFENCEMAN
The TESC Hardest Working Defenceman for the month of January is ZACH WILKIE. The 19-year-old stay at home defenceman leads from the backend. The Villa Park, Illinois native is a strong physical presence on the ice and never shies away from the play. Wilkie also notched his first two goals of the season during the month of January. The Sudbury Wolves would like to congratulate Wilkie on his strong play during the month.

MOLSON CANADIAN 3-STAR PLAYER OF THE MONTH
Russian forward DMITRY SOKOLOV has also been named the MOLSON CANADIAN 3-STAR award winner for the month of January. The Omsk native was named the first star on two different occasions as well as the second star once and third star once. Dmitry also scored two goals in 5 consecutive games. The 18-year-old forward was a force to be reckoned with in January and the Sudbury Wolves would like to congratulate Dmitry in his strong play throughout the month.

Player of the Month presentations will begin this weekend as the Wolves host the Sarnia Sting Friday night and Sault Ste. Marie Greyhounds Saturday in double header action. Both games begin at 7:00pm and tickets are on-sale now at the Sudbury Arena Box Office, by calling 705-671-3000 or online at greatersudbury.ca/tickets. 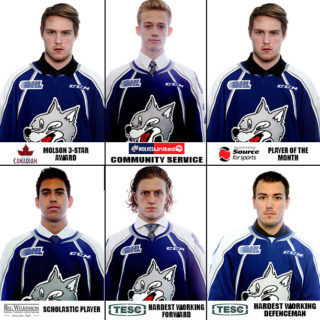 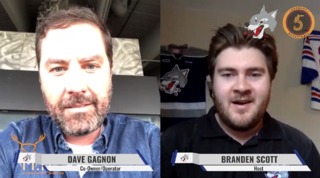 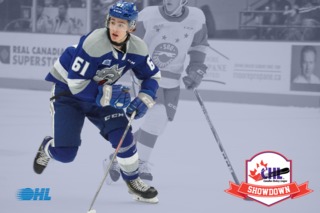 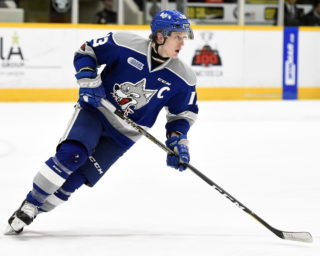 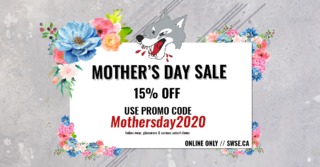