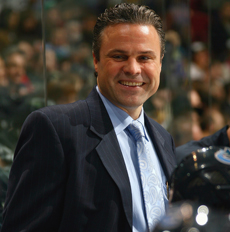 The Sudbury Wolves organization is pleased to announce that Barry Smith has accepted the position of Assistant Coach with the Hockey Club.   Smith will join Head Coach Dave Matsos and Assistant Coach Darryl Moxam as soon as he arrives in town this weekend.  Smith, born in Michigan, has spent more than 25 years coaching in various leagues throughout North America and Europe.  Most recently, Smith had been coaching in Europe.  Prior to that Smith spent 6 years with the Vancouver Canucks of the National Hockey League as an Assistant Coach working with both Marc Crawford and Alain Vigneault.

The interest in the job that opened up last week was very strong and the excitement that has been created has been remarkable.  The organization thanks all those who expressed interest and welcomes Barry to Greater Sudbury and looks forward to the positive impact he will have on Sudbury Wolves.

“We are very impressed with Barry’s passion and experience. His references were some of the best minds in hockey including Bob Nicholson, Scott Arniel, Mike Kelly, and Marc Crawford to name a few. Barry is very detailed and development oriented.  He is a professional and we are excited to attract him to the New Era of Sudbury Wolves Hockey”, said Vice President of Hockey Operations Rob Papineau of the hire.

“Adding a person with the experience that Barry brings to the coaching staff, his strong pedigree of coaching experience is great for our team. He brings advanced hockey experience at the pro level that will be a huge asset to developing our players’ skills, their compete levels, and to help advance our players to the next level”, added General Manager Barclay Branch.

Marc Crawford, Associate Coach Ottawa Senators, said “Smitty is an exceptionally hard working man who has coached at many different levels including his time with me in Vancouver. He is a career coach who has been around many of the top minds in the game and he will not be outworked.  He is a great hire for the Sudbury Wolves.”

Scott Arniel, Associate Coach, New York Rangers said, “I had the privilege of coaching with Barry Smith and he’s someone that I have tremendous respect for. He is a hockey lifer and his passion and detail for the game is infectious to everyone that works with him and around him. He’ll bring a tireless work ethic to the coaching staff and I’m confident he’ll do a great job helping the Sudbury Wolves have great success.” 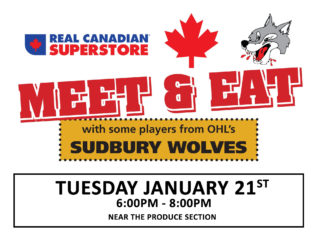