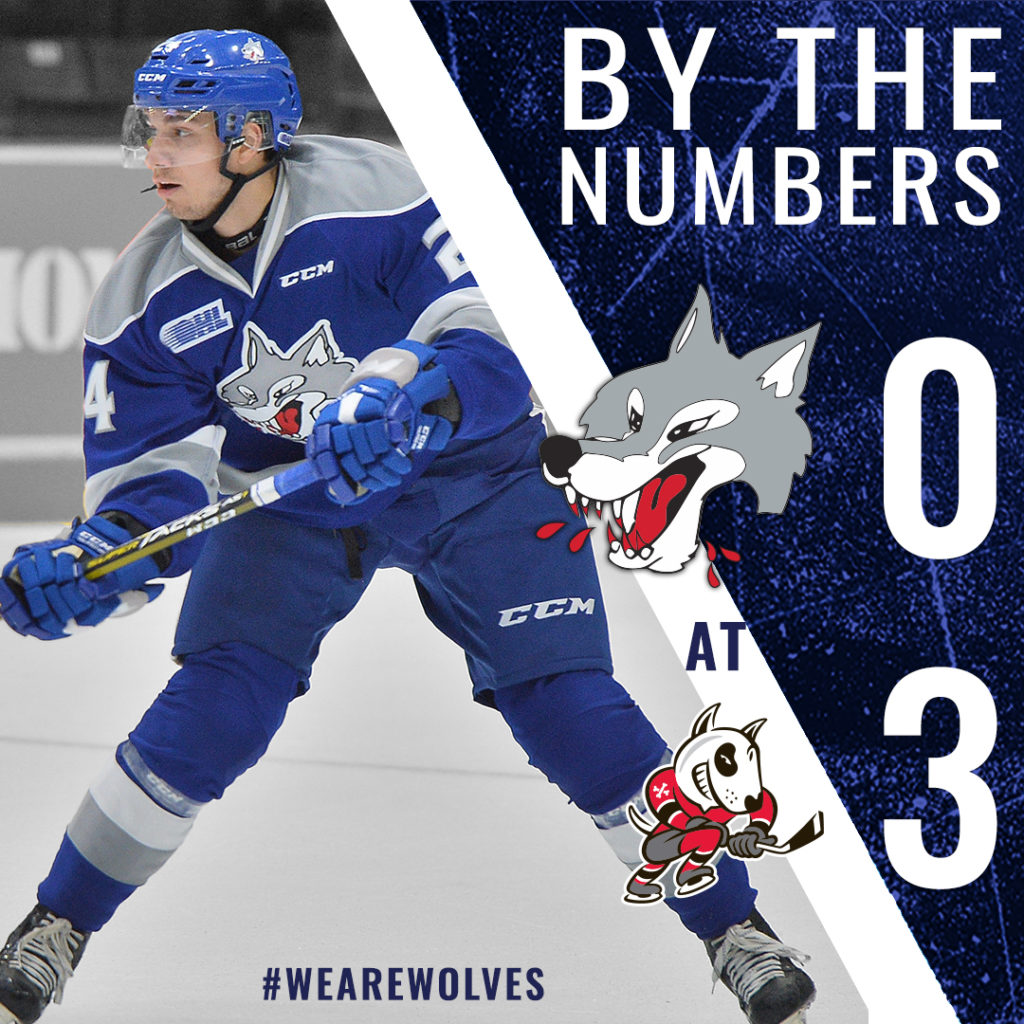 The Sudbury Wolves traveled to the Meridian Centre in St. Catharines Friday night for one final regular season matchup against the Niagara IceDogs. In a big divisional matchup, it was the IceDogs who prevailed as they scored 3 goals and earned a shutout to blank the Wolves 3-0. Ukko-Pekka Luukkonen had an exceptional performance making 34 saves on 36 shots. Final shots on goal were 37-30 in favour of Niagara.

Both teams got off to a slow start, with neither team being able to capitalize on their chances. After 20 minutes of play in the first period, the scoreboard showed no goals with shots on goal 11-10 in favour of the Wolves. The IceDogs did however fire in a shot that beat Ukko-Pekka Luukkonen, but it was waived off on a delayed penalty that was given to Jason Robertson.

The second period got physical when Ryan O’Bonsawin and Kyen Sopa dropped the gloves just under five minutes in. Following the tilt, Kirill Maksimov and Jack Studnicka came flying up through the slot where Studnicka beat Luukkonen to open the scoring. The Wolves trailed 1-0 after 40.

In the final frame, the Wolves laid it all out on the ice in an attempt to make the comeback, however, Niagara was able to shut them down on all of their chances. Oliver Castleman beat  Luukkonen for the insurance goal, while Jack Studnicka potted an empty-net goal to force the Wolves to fall 3-0 on the road.

The Sudbury Wolves will wrap up the weekend in Hamilton on Saturday when they take on the Bulldogs at 4:00pm. The Wolves will return home and have a short break before their final home game of the regular season on March 15th at 7:05pm against the Hamilton Bulldogs. Fans can follow the action by tuning in to CKLU 96.7 or listening to mixlr.com/sudburywolves.