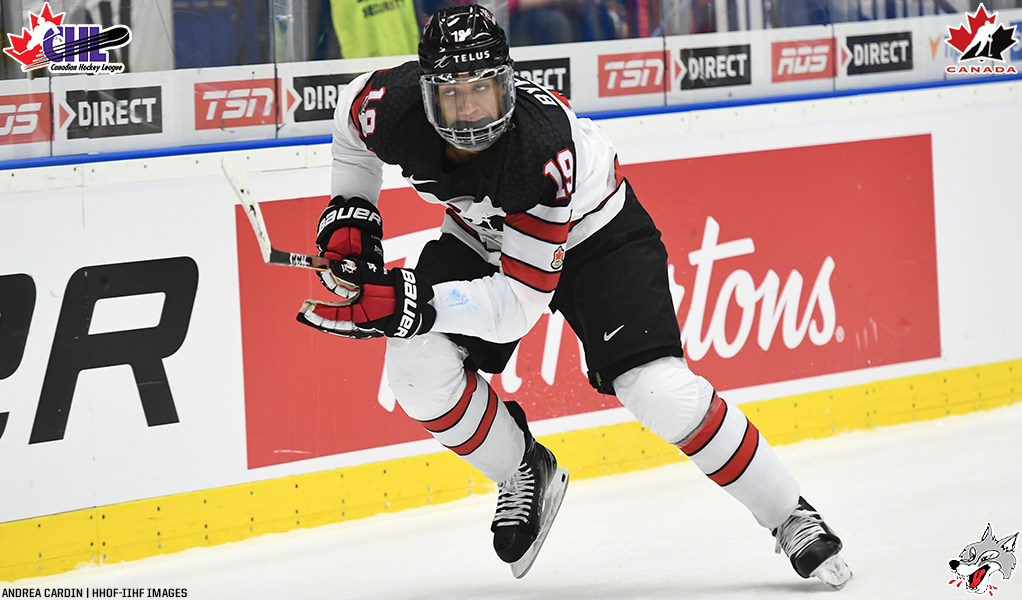 While the imposing centre could return to the Wolves next season for another year of development, the possibility also exists that Byfield will make the full-time jump to the pro ranks and potentially prevent his participation in the 2021 World Juniors.

But that doesn’t mean the Hockey Canada brass can’t hope to put together the best possible roster for the event.

“We’re crossing our fingers that he will be available when the time comes,” Hockey Canada head scout Brad McEwen told the Canadian Hockey League. “He can be a real key guy for us this December. Quinton’s skill is off the charts. You see growth and maturity every year and the whole package keeps evolving.

“Any time you can bring back veteran players, they have a tremendous amount to offer. Quinton played a little lesser role on our team but he was valued. He went through it and has that experience. When these athletes get another chance to play a bigger role, that drives them, and that is why I think Quinton will be at the top of his game if we are lucky enough to get him back.”

At the 2020 World Juniors, the Newmarket, Ont., native suited up for all seven games but recorded a lone assist in limited duty. It marked a striking difference from Byfield’s usage in Sudbury where he finished with a team-leading 82 points counting 32 goals and 50 assists through 45 appearances to help guide the Wolves to their first division title in nearly two decades.

Still, it’s not an all too unfamiliar path on the national stage. After being used sparingly at the 2019 World Juniors, two-time CHL Player of the Year Alexis Lafreniere of the Rimouski Oceanic was Canada’s top performer in January, putting together an MVP performance that led the Great White North to its 18th gold-medal finish at the winter favourite.

A similar trajectory is possible for Byfield, who while a part of the same NHL Draft class as Lafreniere is more than 10 months his junior, a notable gap in hockey development terms.

“My role on the team last year was not as big as I wanted it to be but you do what you can with it,” Byfield recalled. “It was still super exciting being there. It was probably my proudest hockey moment and one of the proudest moments in my life. It was exciting winning a gold medal at such a young age.

“This year, I am going to go in with more of a leadership mentality in knowing what is to come and what we have to do to win.”

The tournament returns to Canada in 2021 with hosting duties split between Edmonton and Red Deer, Alta., and with it the added pressure for the Canadian squad to not only repeat as champions but do so before its home fans. Byfield is ready to embrace that challenge.

“We will have something to prove again. Every team is going to be gunning for you being the defending champions and it’s a lot bigger when you are at home,” Byfield added. “Playing on home soil comes with the home crowd and everyone cheering for you, so it will be really cool and a great experience.”

Byfield is among 43 players from across the Canadian Hockey League taking part in this week’s virtual national junior summer development camp in preparation for the World Juniors, the final piece in Hockey Canada’s Program of Excellence.

“I have been a part of all the teams – U17, U18, and the World Juniors,” Byfield said. “Each part is a stepping stone. With the World Juniors as the final one, it is a little more intense and a lot more comes with it.

“They are making (this camp) like you are there and getting the full experience, keeping what they did at the World Junior camp last year. It feels like you are still there but you are at home.”