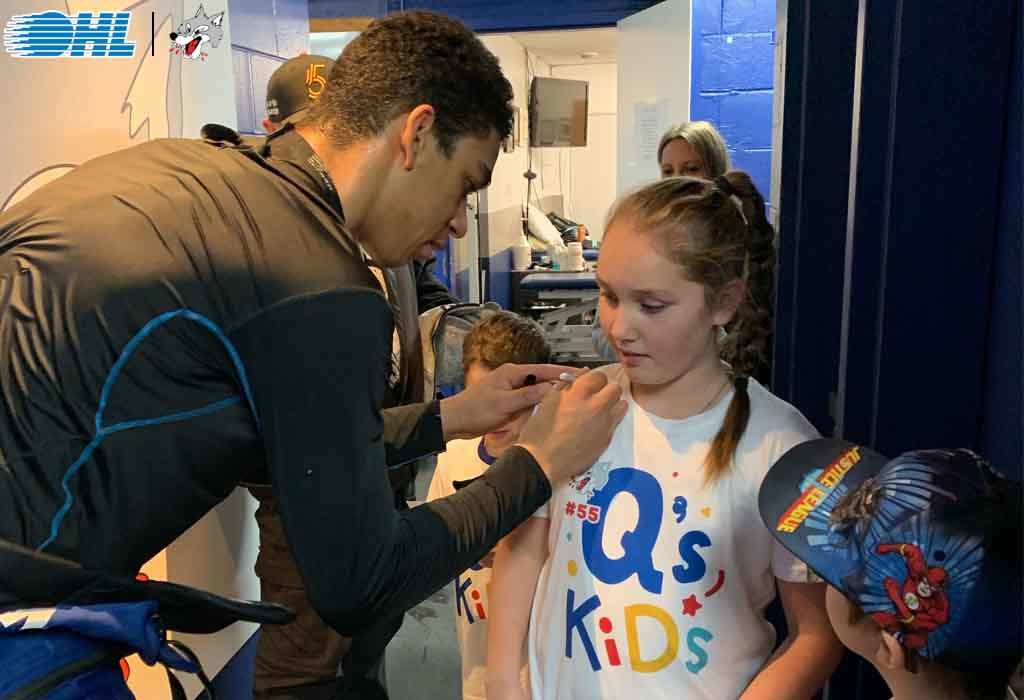 December and January were busy months for Quinton Byfield.

The 17-year-old arrived back in Sudbury early last month with a gold medal around his neck after skating to a World Junior Championship with his Team Canada counterparts in Ostrava.

It’s early yet, but even so, the highly touted 2020 NHL Draft prospect is gearing up to hear his name called in June.

He suited up – and captained – Team Red at the Kubota CHL/NHL Top Prospects Game less than a month ago.

Coupled with the standard day-to-day that comes with an OHL career, it wouldn’t seem far fetched to assume the Sudbury Wolves centreman doesn’t have time for much else.

But he definitely has a lot time for something else: the community.

Those ??? 2020 #WorldJuniors Champion feels ? Sudbury WJC gold is coming home for a second year in a row ?

“Giving back is really important to me. It really humbles you,” Byfield said.

Byfield, originally from Newmarket, knows he’s a role model in the Sudbury community. It’s why, before hitting the ice decked out in the Maple Leaf, he launched an initiative called Q’s Kids in support of the NEO (Northeastern Ontario) Kids Foundation alongside the Sudbury Wolves.

“There’s always time to be yourself, to talk to new people and see what their experiences are. It’s easy to make time for that.”

The idea started in September. He invites families of the NEO Kids to Sudbury Wolves games as his special guests and treats them all to food vouchers, popcorn, T-shirts, and finally, an opportunity to meet Byfield himself.

“I used to look up to a lot of guys in the NHL, and now I’m on my way,” said Byfield, an anticipated top NHL Draft pick.

“I know Nick Foligno helps out with [NEO Kids Foundation] when he’s home and whenever he can. I think it’s just very important to give back to the community.”

It’s been a whirlwind season for top 2020 #NHLDraft prospect @byfield55 of the @Sudbury_Wolves who has represented Team #OHL in @cibc #CANvsRUS, won #WorldJuniors gold and played in the #CHLKTP.@Terry_Doyle caught up with Byfield as part of @yourtvontario #OHLDay coverage ? pic.twitter.com/dD08OAAzjG

Foligno, who played three seasons with the Wolves and currently plays with the Columbus Blue Jackets, spends time in the offseason working with NEO Kids as well. His charity work includes his NHL vs. Docs fundraiser that sees NHL players face off against medical personnel from Health Science North.

Coupled with his desire to be a role model a la Foligno is a story that hits close to home. Byfield is reminded of a friend who had leukemia but, thankfully, lived close enough to Toronto for regular trips.

“Newmarket to Toronto for treatments so it wasn’t too bad, but driving from Sudbury all the way to Toronto takes a toll on you.”

At the conclusion of the games, he invites the kids for a tour around the dressing room and introductions to the rest of the team.

“I get to meet them, talk to them, get to know these kids and make their day,” he said.

It’s an unmatched experience for the kids, but a lot of fun for Byfield, too.

“I get to meet the parents as well. It’s fun chatting with them. They’re very thankful, and I’m also thankful just to have the opportunity to meet them.”

Meeting the parents is important. It’s reminiscent to Byfield of how his own family helped him fall in love with the game of hockey.

“My mom took me to a public skate when I was about two years old and I kind of just fell in love with skating,” he explained. “She wasn’t too good of a skater, so I don’t know how she taught me.”

Byfield partners with NEO Kids and Wolves in launch of Q’s Kids. ?
“To give them a night out with their family where they can have fun is important to me,” said @byfield55 . ?
Read more ? https://t.co/Eo3PnItN0G pic.twitter.com/yeM73Xh4iT

Byfield’s father emigrated from Jamaica. Neither of his parents played hockey, but they spearheaded his passion.

“They kind of introduced me to the game around four years old. I started playing shinny, house league, etc. and then I really started to fall in love with the game.”

Byfield recalls watching the Toronto Maple Leafs on Saturday nights with his Oma and Opa, fueling his love even more.

Now, he wants to pass his love for the game on to another group of kids.

“Hopefully I have a good game for them, there’s also a little bit of extra pressure there,” he laughs.

Byfield’s desire to give back to the community is one of many we’re proud to share as the world continues to honour Black History Month. It’s an arch we seen from former players including P.K. Subban, Wayne Simmonds, and Darnell Nurse who have, similarly, helped give a boost to local charities through their love of the game of hockey. 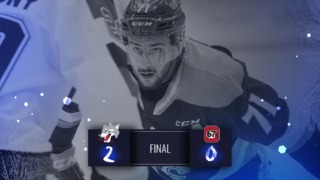 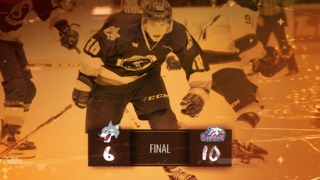 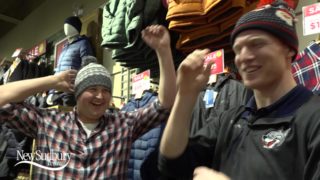