Byfield Contributes this Weekend On and Off the Ice 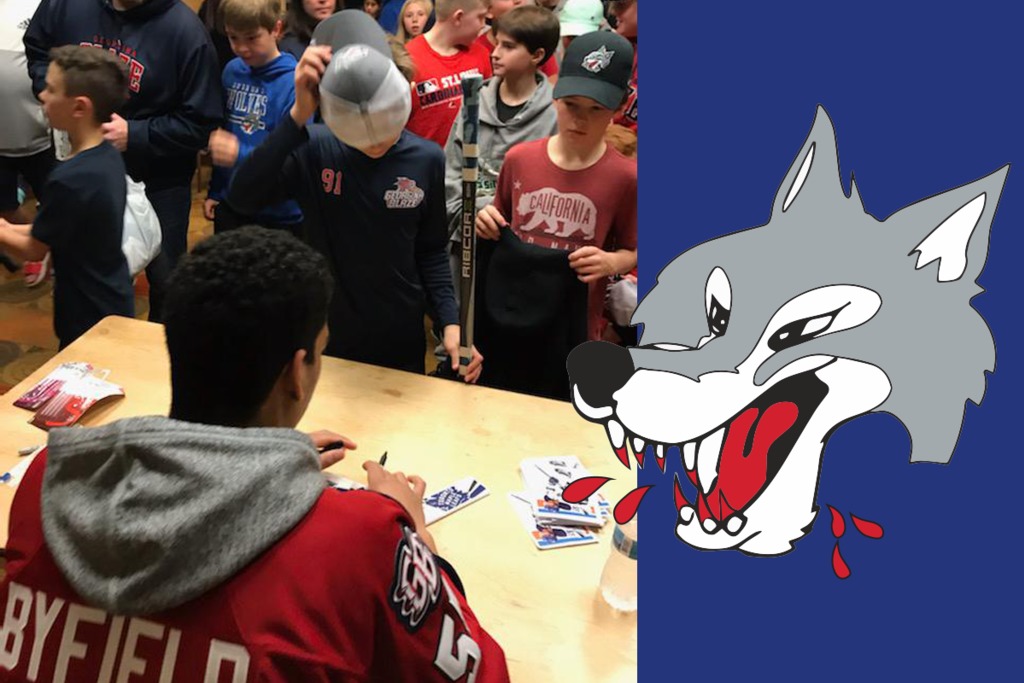 (Greater Sudbury, ON) The Sudbury Wolves and Quinton Byfield had a great weekend, not only on the ice, but off the ice as well. The 17-year-old forward picked up 7 points through two games over the course of the weekend, while also helping the Wolves pick up two big wins and extend their win streak to 4 games.
In addition to Quinton’s on-ice performance, he also paid a visit to the Georgina Blaze minor hockey teams at their hotel in Sudbury joined by teammate Jack Thompson. The teams were in town participating in the regional Silverstick tournament. Quinton and Jack met with the players and their families to sign autographs as well as to play with the young Georgina Blaze players in a friendly match of mini sticks.
Quinton was also presented with an honourary Georgina Blaze jersey with his signature #55 from his original hockey organization that holds a special place for him as it was the first team he played for.
“It was awesome to be able to spend time with the Georgina kids and to help make their experience here in Sudbury a good time,” said Quinton. “It means a lot to me to be able to visit with the players and their families. It was extra special to have my good friend and teammate Jack Thompson join me for the afternoon.” 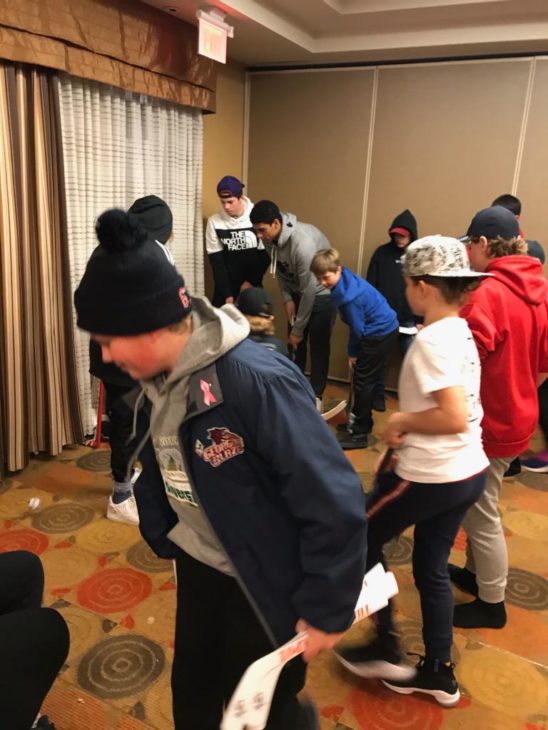 The Wolves will be without the services of Quinton for the foreseeable future as the Newmarket, ON native departed for Team Canada’s World Junior Selection Camp Monday and will compete for a spot on Team Canada for the U20 World Junior Hockey Championship which opens on Boxing Day.

Byfield currently leads the Wolves in scoring and sits second in league scoring with 57 points in 30 games with 22 goals and 35 assists.
The Sudbury Wolves are back in action this weekend for a double-header weekend when they host the Erie Otters on Friday for the annual Teddy Bear Toss as well as the Owen Sound Attack on Saturday. Both games are set for 7:05pm puck drop. Tickets are on-sale now at greatersudbury.ca/tickets.