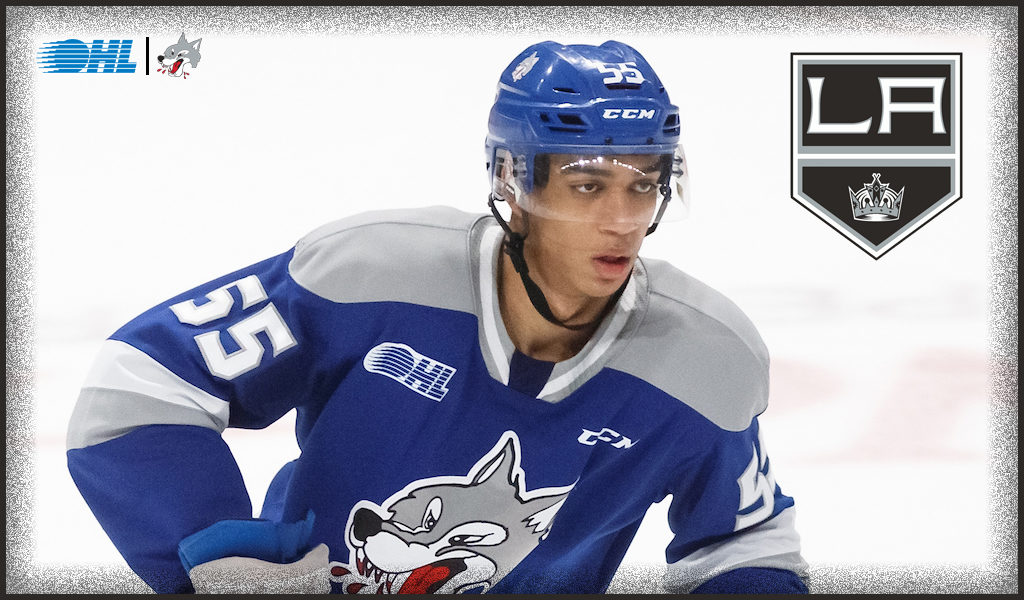 Byfield, who is expected to wear #55 for the Kings, joined the organization last week after being selected second overall in the NHL Draft on Oct. 6.

The @LAKings rolled out the red carpet for second overall 2020 #NHLDraft pick Quinton Byfield (@byfield55). Hear all about the @Sudbury_Wolves star’s warm welcome from some of LA’s biggest names.#MeetTheFuture | @KubotaCanadaLtd pic.twitter.com/mIe7eFRddt

The 6-4, 215-pound center registered 82 points (32-50=82) in just 45 games last season with the Sudbury Wolves of the Ontario Hockey League (OHL). The native of Newmarket, Ontario led the Wolves in points and assists while finishing second in goals.