Wolves Come Up Big Against IceDogs 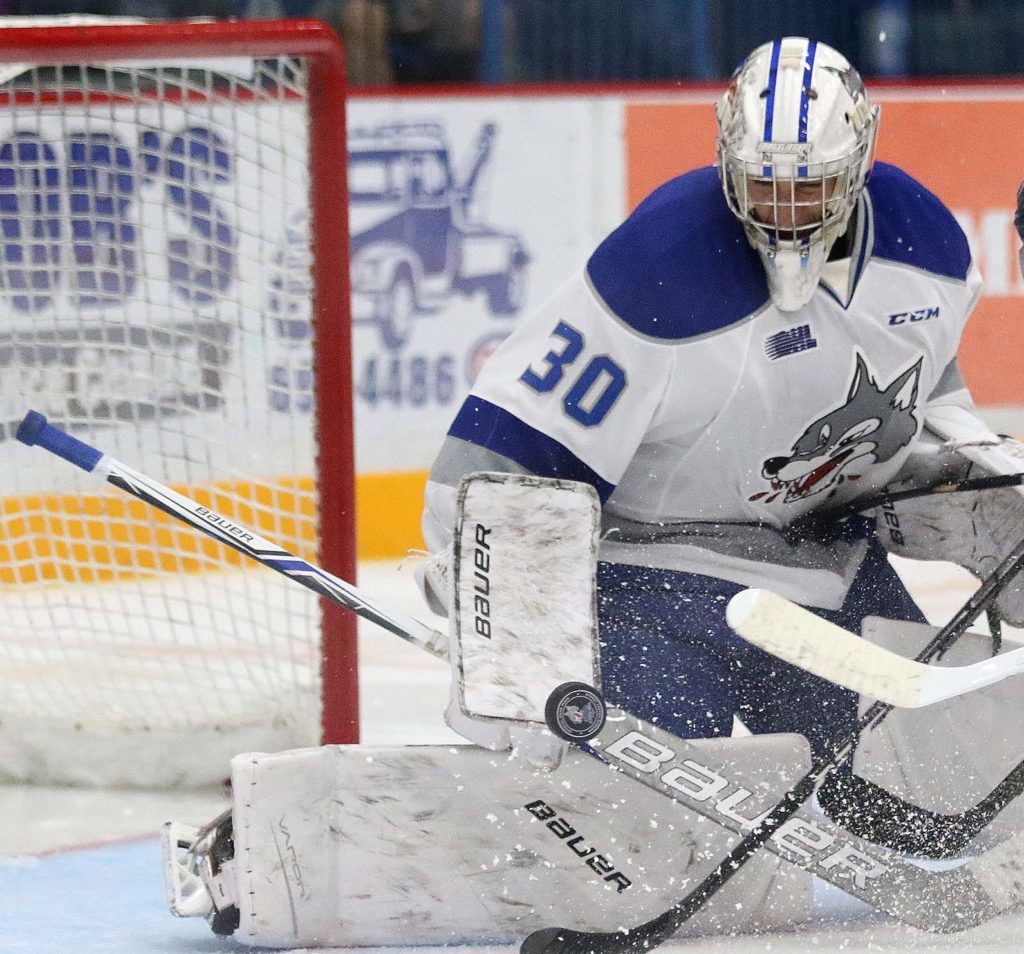 An offensive road game for the Sudbury Wolves and a solid third period solidified their first win of the season Thursday night with a 5-2 victory over the Niagara IceDogs. Troy Lajeunesse, Darian Pilon, Liam Ross, David Levin, and Michael Pezzetta were the goal scorers for the Wolves. McGrath was a difference maker, as he stood tall in net making a total of 28 saves on the way to the win.

Lajeunesse scored right off the hop for the Wolves as he beat Stephen Dhillon just 51 seconds into the frame. The only power play goal of the game came three minutes later as IceDogs forward, Ben Jones, beat McGrath to tie the game. The Wolves only spent 1:35 without the goal advantage, as Darian Pilon quickly responded to tie the game at one. Darian’s goal marked his first of the season.

The theme of the second period was memorable goals, starting off with Liam Ross as he scored his first OHL goal. Ross’s goal came off of a shot from the blue line that beat Dhillon. Levin and Pezzetta’s goals followed, both highlight-reel goals. Levin’s goal came at 15:43 as he split the defenseman before shooting the puck past Dhillon to make it 4-1. Before the end of the period, Pezzetta made no mistake on a breakaway to extend the lead to 5-1.

The IceDogs made a goaltender change to start the third period as Colton Incze replaced Dhillon. Dmitry Sokolov generated one of the best chances of the period for the Wolves but whistled the puck just wide of the net. One last ditch effort from the IceDogs had Andrew Bruder score with 17 seconds left, but it was the Wolves who skated off with the two points. The Wolves also lead in shots on goal all game, finishing with 30-27.

The Wolves will finish their two-game road swing tomorrow in Mississauga before resting for the Thanksgiving weekend. Game time is 7:00 pm. Fans can follow the Wolves on the road in a number of different ways this season. Fans can listen to the live play by play on the radio at 96.7 CKLU or mxlr.com/sudburywolves on the Sudbury Wolves App.  Unfortunately due to unforeseen circumstances, Friday’s game will not be broadcasted on Eastlink. Fans can also follow the Wolves on Twitter for live updates.