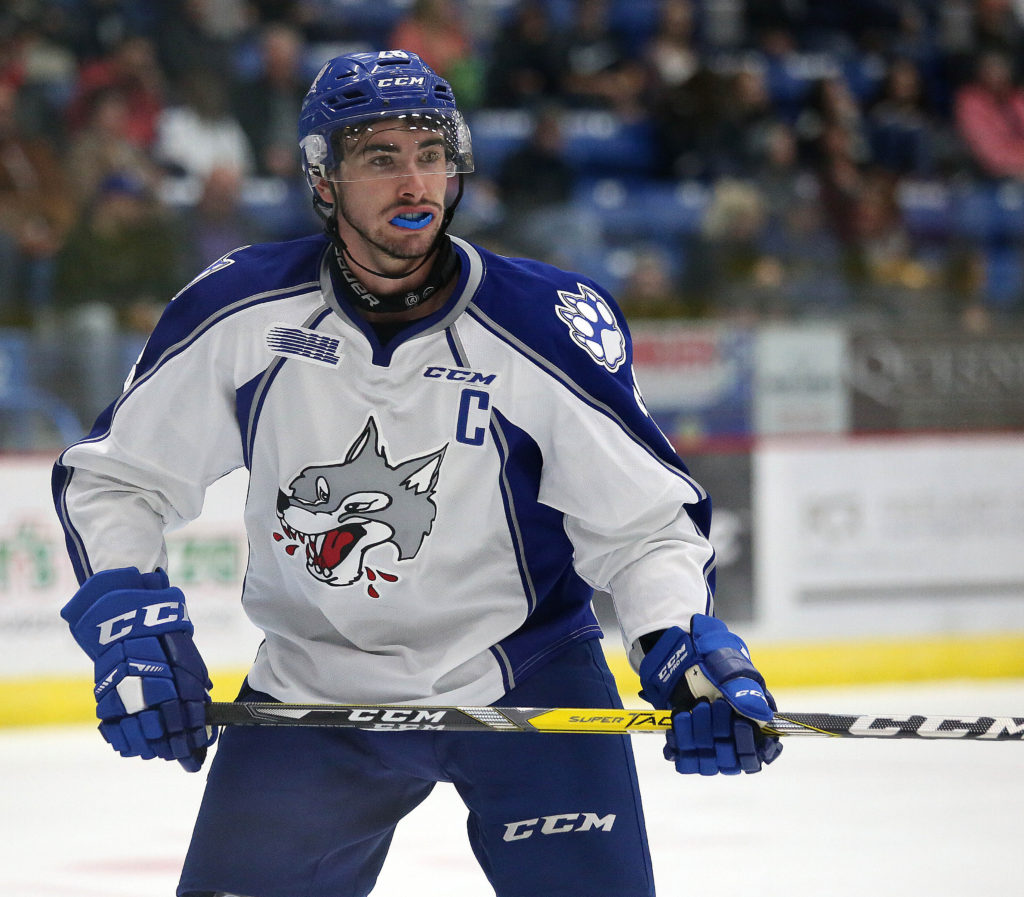 It was a Thanksgiving battle of the dogs Sunday afternoon, with the Sudbury Wolves facing off against division rivals, the Niagara IceDogs at the Sudbury Arena. The Wolves came back from a 4-0 deficit to send the game into overtime but fell by a 5-4 final.

It was a wild second period as the Wolves answered back with four unanaswered goals of their own to tie the game up at 4. MACAULEY CARSON started the comeback for the Wolves capitalizing on a power play goal. DMITRY SOKOLOV followed suit adding another power play goal to cut the IceDogs lead in half. KYLE CAPOBIANCO pulled the Wolves within one, with RYAN VALENTINI picking up the assist on the play. It was REAGAN O’GRADY shorthanded who made a beautiful play moving the puck up ice to C.J. YAKIMOWICZ, who sent it back to O’GRADY tying the game at 4. The fans were on their feet as the Wolves headed to the dressing room for the second period intermission.

The Wolves ran into penalty trouble in the third period but managed to hold off the IceDogs. DMITRY SOKOLOV came extremely close to beating SHEPHEN DHILLON top shelf but was robbed. In overtime, AKIL THOMAS went down in front of MCGRATH and was granted a penalty shot where he made no mistake, scoring the game winner for the IceDogs. The Wolves managed one point but lost 5-4 with final shots on net 43-36.

The Sudbury Wolves are back in action at home next Friday night to take on the Eastern Conference leading Hamilton Bulldogs at the Sudbury Community Arena. This game is sponsored by KICX 91.7. To purchase tickets, visit the Sudbury Arena Box Office, call 705-671-3000 or visit greatersudbury.ca/tickets.