Wolves Comeback To Tie up Game 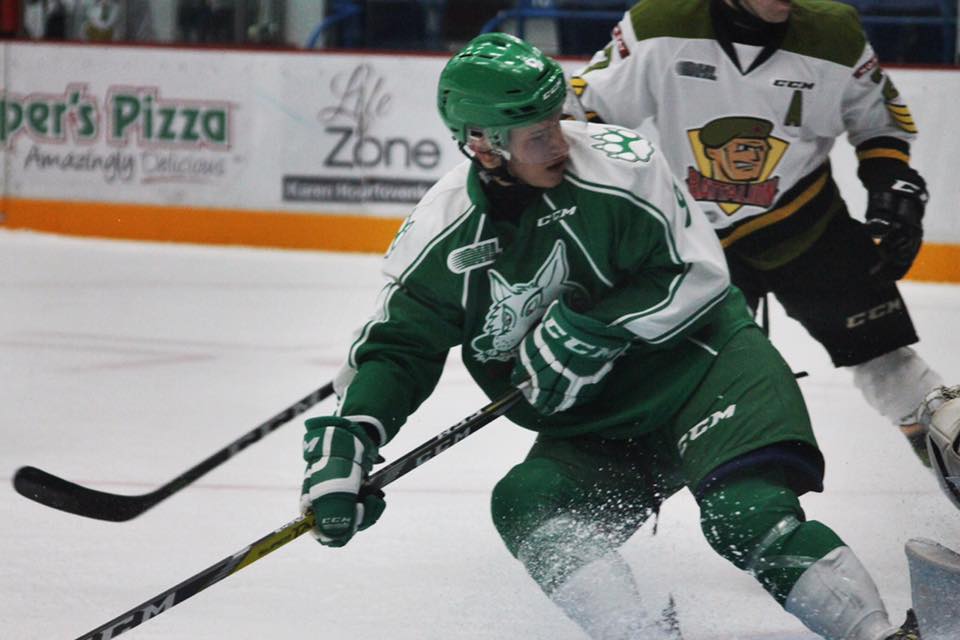 The second installment of exhibition hockey happened on Wednesday night at the Sudbury Arena, as the Sudbury Wolves welcomed the North Bay Battalion. A third period comeback sent the game into a shootout, where the Wolves came up just short of the win and showcased their tenacity in the process.

It was the first game for rookie goaltender, David Bowen, both in the Ontario Hockey League and for the Sudbury Wolves. Bowen settled in and made some fantastic saves throughout the game, including a seemingly impossible cross-net save. Coach Cory Stillman commented post-game on Bowen’s ability to makes some key saves throughout the game. Despite out-shooting the Battalion in every period, the Battalion were the ones who were able to capitalize on their chances early on. A two-on-one for the Battalion resulted in a goal for Brandon Coe, as the Battalion took a 1-0 lead into the first intermission.

Two quick goals for the Battalion early in the second shifted the momentum, but it didn’t take long for the Wolves to get it back. The Wolves continued to pile on shot after shot and were granted some good opportunities on the power play. A top-shelf goal from Brandon Bastasin started the comeback for the Wolves, midway through the frame.

The Wolves continued to play with energy, coming out of the third period flying as Zach Wilkie unleashed a hard shot from the point to beat Battalion goaltender, Mat Woroniuk. Wilkie’s goal came 15 second into the third period on a 4 on 3 for the Wolves. A good play by Darian Pilon lead to the Wolves tying goal in the third after he won a foot-race with Woroniuk for the puck. Once Woroniuk was out of the net and play, Dawson Baker capitalized to tie the game at 3 and send the game into a shootout.

The hard fought battle by the Wolves ended in a heart breaking shootout loss, with goals coming from Reagon O’Grady(SBY), Brad Chenier(NB), and Adam McMaster (NB).

The Wolves will have another game to tune-up on Friday night against the Sault Ste. Marie Greyhounds, before opening-up the regular season on Friday, September 22nd against the Oshawa Generals. Tickets are on sale at the Sudbury Arena Box Office for both contests.