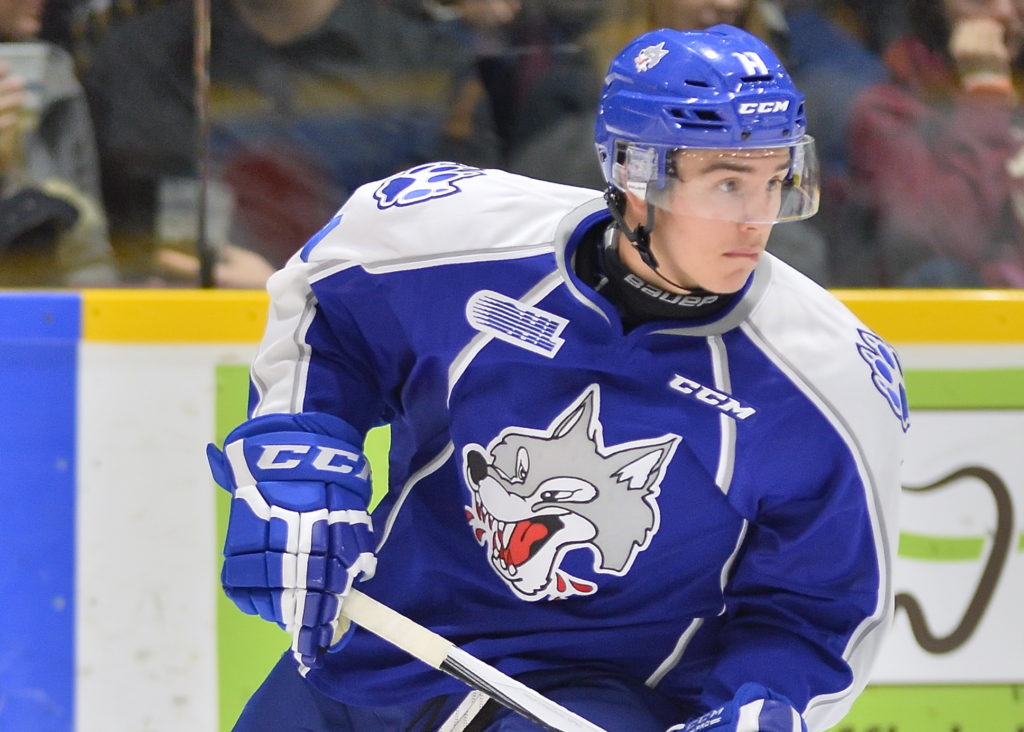 The Wolves evened the home and home series with the Niagara IceDogs Sunday afternoon as they bounced back in a wild win, defeating the IceDogs by a 6-4 final. The game was emotional and strewn with goals, penalties, and a few fights.

The Wolves were hot in the first period, as they got the fans on their feet with three goals and a huge fight from ALAN LYSZCZARCZYK. BEN GARAGAN scored first for the Wolves as he put the puck over IceDogs’ goaltender COLTON INCZE’s shoulder and into the net. RYAN VALENTINI scored next for the Wolves as he managed to get the bouncing puck over INCZE’s pads and into the net. It took the IceDogs five seconds to respond to VALENTINI’s goal as AKIL THOMAS cut the lead in half. A huge fight for LYSZCZARCZYK fired up the fans and the bench as he got the better of JOHNATHON SCHAEFER. Before the period ended VALENTINI, notched his second goals of the game. The Wolves were up 3-1 after 20 minutes with shots on goal 14-7 in favour of the Wolves.

It was a wild second period with five goals in the frame. LIAM DUNDA scored 2:40 into the period to make it 4-1 for the Wolves with assists going to DMITRY SOKOLOV and KYLE CAPOBIANCO. A wicked snipe from DAVID LEVIN extended the Wolves lead. That was the first of two back-to-back goals for LEVIN. Sandwiched between LEVIN’s goals was a goal from the IceDogs PAVEL DENIM. Emotions ran high as the period was full of tussles between the two teams. THOMAS added his second of the game before the period ended to cut the lead to 6-3.

The referees had another busy period during the third as they handed out eight minors throughout the period. The IceDogs capitalized on a 5 on 3 to cut the lead to 6-4. The Wolves held the IceDogs off of the scoreboard for the rest of the frame to skate away with a 6-4 victory. Final shots on goal were 41-37 in favour of the Wolves.

The Wolves will hit the road Wednesday for a match-up in Hamilton against the Bulldogs, before returning to the Sudbury Arena on Friday to begin a four-game home stretch which they will kick-off against their Northern rivals, the North Bay Battalion, for the first time this hockey season. Puck drop is set for 7:00pm at the Sudbury Community Arena.