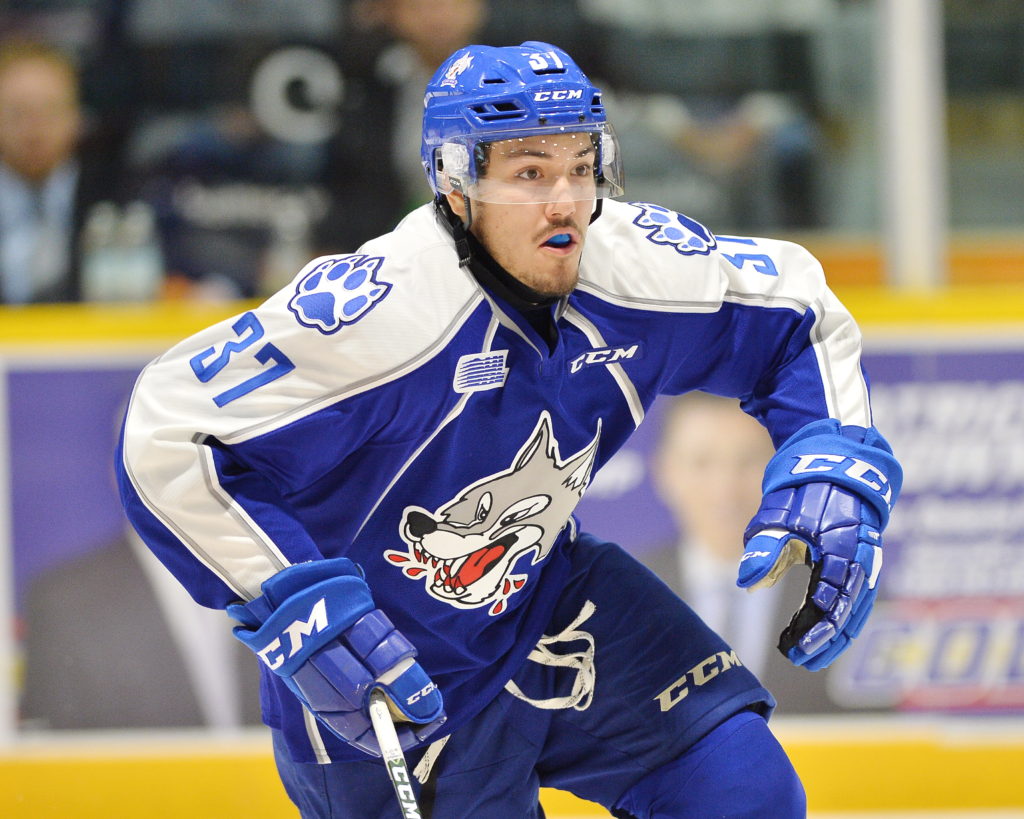 The Sudbury Wolves traveled to North Bay Wednesday night for an important divisional match-up with the Battalion. The Wolves started strong in the first as they went up 2-1, however they weren’t able to hold on as the Battalion came out on top with a 4-2 victory.

Drake Pilon put the Wolves on the board early in the opening period to give them a 1-0 lead. Ryan Valentini picked up the assist on the play. Five minutes later, Steve Harland scored for the Battalion to tie the game up at 1. Just over the midway point of the first, Zach Wilkie scored his third goal of the season to regain the Wolves lead. The Wolves headed to the dressing room up by one after twenty minutes. The Battalion led shots on goal 17-15 after the first.

The Wolves came out strong to start the second period, however it was the Battalion who struck first as Steve Harland scored his second of the game to tie things up at 2. With less than 5 minutes remaining in the second, Rhys Forhan scored to give the Battalion their first lead of the game. The Battalion led 3-2 over the Wolves after forty minutes and led shots on goal 26-19.

Daniil Vertiy scored early in the third to extend the Battalion’s led to 4-2.  Vertiy’s goal came off of a beautiful pass from Sudbury native Brad Chenier. Midway through the period, the Wolves had a number of solid chances to close the gap on a four minute power play they received after Brett McKenzie was handed a double minor for a high stick on Reagan O’Grady.  The Wolves were unable to beat Battalion goaltender Brent Moran as he shut the door for the remainder of the period. The Wolves outshot the Battalion 34-32.