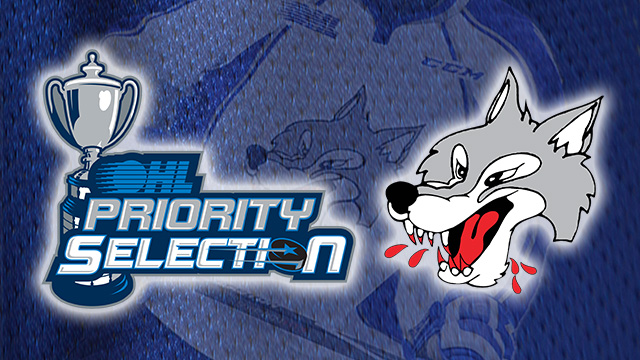 Size…..was the theme of the Sudbury Wolves 2016 OHL Priorty Selection under the direction of General Manager Barclay Branch and the Wolves’ new scouting staff.

The Wolves selected no less than 10 players that were at least 6′ tall. Three players are also listed at over 200 lbs including:

Gaudreau, a native of Val Caron, moved to Toronto last year to play for the Mississauga Senators Minor Midget team. The big 6’3″ winger
played all of his minor hockey in the Valley East Minor Hockey system.

Sudbury Wolves hockey fans will have a chance to see a number of  new recruits, including a couple of local invited prospects at the
Wolves Orientation Camp on April 23rd and 24th at the Countryside Arena. Admission is free of charge to all in attendance.