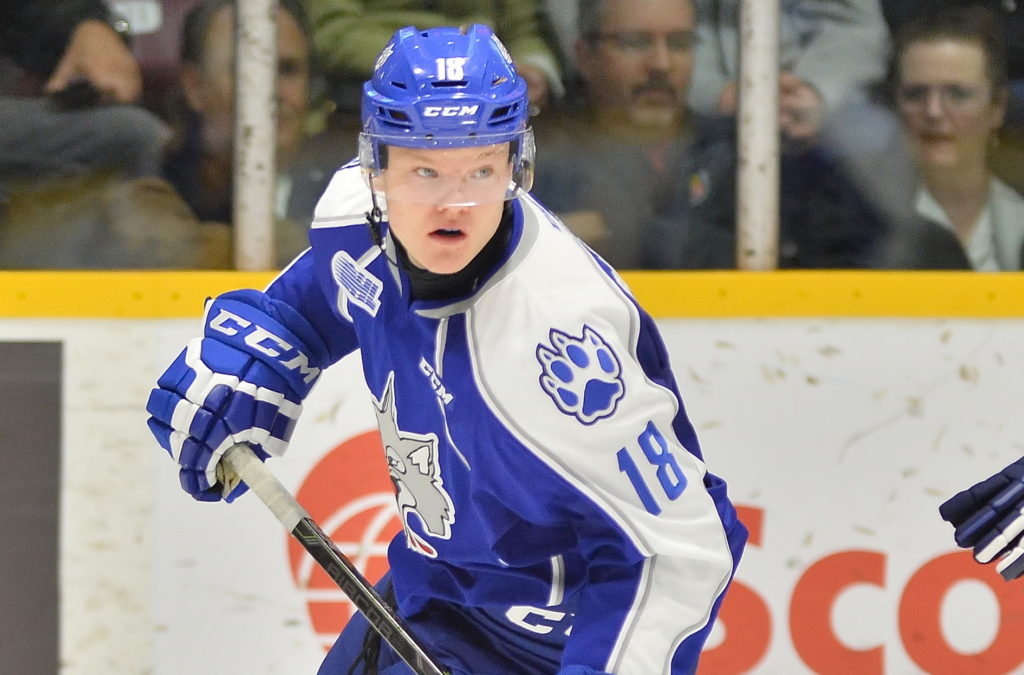 The Wolves were in Peterborough for a Family Day match-up Monday afternoon. Macauley Carson scored two goals, however it wasn’t enough to push the Wolves past the Petes in a tight match-up as they fell by a 4-3 final.

It was a busy first period for both teams. Macauley Carson put the Wolves on the board first as he scored shorthanded off a beautiful pass from CJ Yakimowicz. Jonathan Ang scored top shelf on Jake McGrath 7 minutes later to tie the game up at one. The Petes took a quick lead as Steven Lorentz scored on the powerplay seconds later to give the Petes a 2-1 lead. The Wolves didn’t waste any time in trying to tie up the game as Macauley Carson scored his second of the game to tie the game up at two. The Wolves trailed the Petes 17-12 in shots on goal after one.

In the second, the Petes took a 3-2 lead on the powerplay midway through the period on a goal by Matthew Timms. Captain Kyle Capobianco tied up the game with his 8th goal of the season late in the period. The two teams headed to the dressing rooms tied up at 3 goals apiece. The Petes led shots on goal 31-24 after forty minutes.

The Wolves will look to rebound this weekend when they host the Barrie Colts on Friday night at the Sudbury Arena at 7pm.