Wolves Have Bigger Bite Against IceDogs 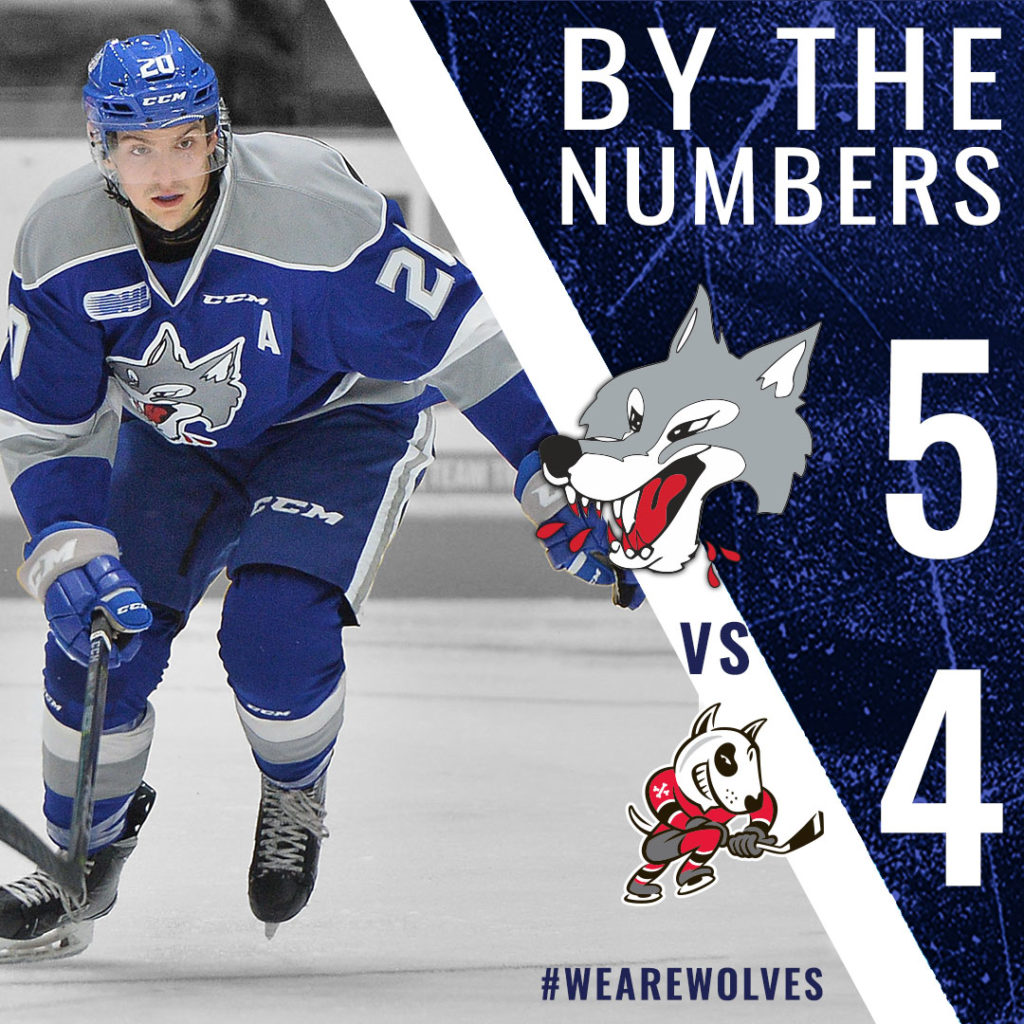 The Wolves opened their two game road trip at the Meridian Centre in St. Catharines on Sunday afternoon. In an entertaining matchup between the two Central Division leading squads, the Wolves rallied together and pulled out a 5-4 victory to put them back into the win column. The Wolves made their shots count as they were outshot by the IceDogs throughout the battle. Final shots on goal were 51-24 in favour of Niagara. Wolves goal scorers included Shane Bulitka, Adam Ruzicka, Owen Robinson, Nolan Hutcheson, and Macauley Carson.

The Wolves got off to a slow start against the IceDogs who jumped on their opportunities early in the game. Phillip Tomasino gave the IceDogs an early 1-0 lead after he beat Ukko-Pekka Luukkonen at 2:43 in the opening frame. Shane Bulitka tied things up short handed to make it 1-1. Jason Robertson then took back the lead for Niagara when he scored on the power play. The Wolves continued to challenge the IceDogs throughout the period and managed to capitalize on their chances. Adam Ruzicka was ready in the slot and found the open net to beat Stephen Dhillon. The period ended with a tie at 2 goals apiece.

In the second period, the Wolves had an offensive outburst scoring three goals to take a 5-2 lead over the IceDogs. Owen Robinson and Macauley Carson had twin-like goals as they were both in the right place at the right time to fire in a goal in front of Stephen Dhillon on his glove side. Nolan Hutcheson’s goal came in off a pass from Macauley Carson where he carried it to the high slot and sent it in.

The IceDogs made a comeback in the third with goals from Akil Thomas and Ben Jones that made it a one goal game. Niagara came close to tying the game in the final minute but the Wolves stood tall and were able to solidify the win. Ukko-Pekka Luukkonen had an exceptional performance making 47 saves.

The Wolves will load the bus and make their way to Oshawa where they will get set to take on the Generals at 2:05pm on Family Day Monday. Fans can follow the action by tuning in to CKLU 96.7 or listening to mixlr.com/sudburywolves.