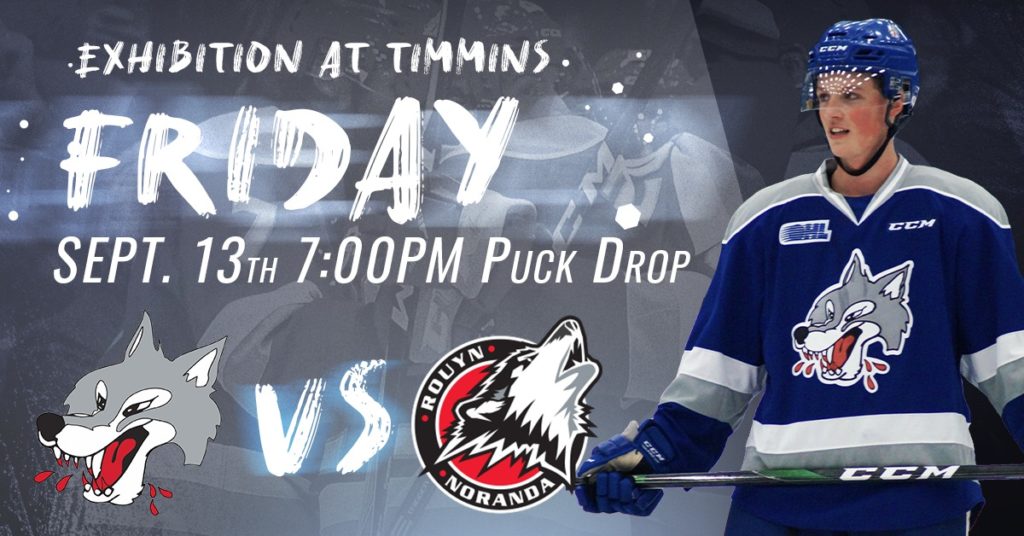 The Sudbury Wolves are ready to resume pre-season action and the team will head to Timmins Friday to face-off against the defending Memorial Cup champion Rouyn-Noranda Huskies at 7:00pm. The charity game is hosted by the United Way North Eastern Ontario and presented by Bell Let’s Talk in support of youth mental health.

The Wolves currently remain without the services of four members of the team who remain with NHL teams at their main camps this weekend, including David Levin (Arizona), Owen Robinson (Detroit), Blake Murray (Carolina) and Kalle Loponen (Toronto).

The Wolves will wrap up their pre-season play Sunday in Sault Ste. Marie at 2:00pm. Regular season action gets underway on the road next week when the Wolves visit the Niagara IceDogs on Thursday September 19th at 7:00pm.