(Sudbury, ON) Sudbury Wolves fans and players alike were delighted to share in the 2018 Wolves Orientation Camp this past weekend.  The 24-hour affair had 33 players arrive with their families Saturday afternoon to register and be welcomed to Greater Sudbury and the Sudbury Community Arena with an opening session for players and parents.

Wolves leadership shared the organizations vision, the hockey goals and some of the community engagements that the team is involved in throughout the season.  While players left the orientation session to participate in fitness testing prior to evening skates, parents were treated to a bus tour of the city with stops at major tourist attractions, post-secondary institutions and the shopping and entertainment areas as well as a welcome social.

Following Saturday’s orientation day, the players took to the ice Sunday at noon to scrimmage for 90 minutes before leaving for home in the early afternoon. The scrimmage was organized into two 30-minute halves with a flood between periods that featured all formats of play, 5 on 5, 4 on 4, 3 on 3 and a shoot-out to close things out; allowing the players to display a wide range of their skills.

Prior to the puck dropping, the Wolves took a moment to reflect on the Humboldt Broncos tragedy as the two teams gathered at centre ice.

Liam Ross scored two in the scrimmage for Team Blue got the better of Team White as they closed out the march with a 5-2 victory as the goal horn sounded to end the game and give the young players a sense of what scoring in the old Barn feels like. Quinton Byfield picked up two assists in the scrimmage and notched three goals in the shoot-out.

The Sudbury Wolves would like to thank the fans that came out to see the newest crop of Wolves as well as the players and their families for making the trip on short notice.

Fans can save $55 on new season tickets for the 2018-19 season until April 30th. Don’t miss a second of exciting Wolves Hockey! Available online at sudburywolvestickets.com or by calling the Wolves Office at 705-675-3941. 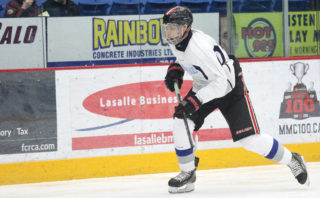 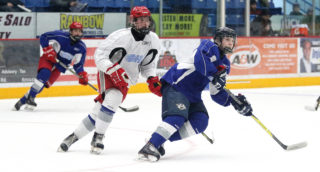 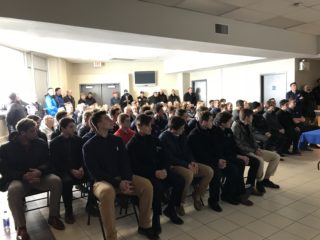 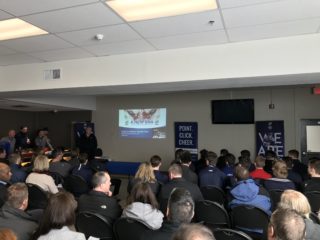 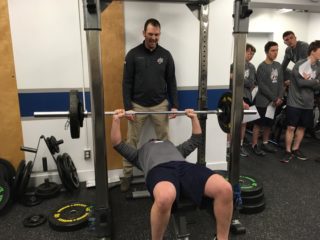 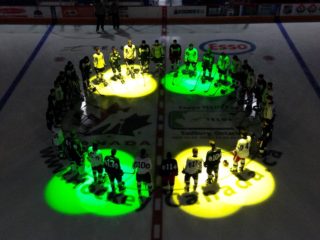