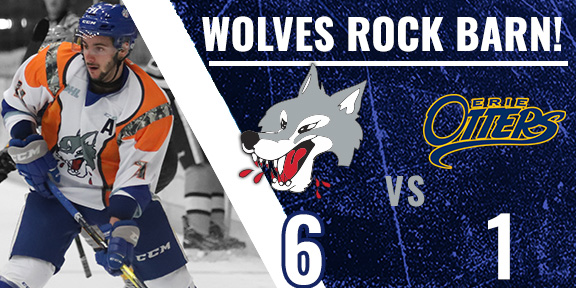 Friday night, the Sudbury Wolves welcomed the Erie Otters to the Sudbury Community Arena for the first #HuntForACure game where the Wolves wore special hunting safety jerseys in support of the Northern Cancer Foundation. The pack came up big with a 6-1 win over the Otters with goals from Peter Stratis, Nolan Hutcheson, David Levin, Kirill Nizhnikov, and Darian Pilon. Prior to the game, the Wolves also gave a warm welcome to alumni Rod Schutt and his family and former teammates as the Wolves organization retired his #8 jersey and rose it to the rafters.

The Wolves started the game off strong with Peter Stratis striking his second of the season two minutes into the game. The pack kicked it into high gear out shooting the Otters 11-9 in the first and put up another quick four goals on the scoreboard. Nolan Hutcheson was the next to strike with the Pilon twins picking up the assists. David Levin then notched two, less than a minute apart, before Nizhnikov rounded out the first period scoring with just over five minutes left in the opening period. The Otters then switched up their goaltender, relieving Daniel Murphy from the crease and giving Noah Battaglia the go ahead.

In the second, the intensity of the game picked up as both the Wolves and Otters were putting up a tough fight. The Otters were able to put themselves on the board with Hayden Fowler netting their only goal of the game. The Wolves finished the period leading 5-1.

In the final frame, the Otters fought to make a comeback, however, they were unsuccessful as the Wolves were able to shut them down. With a sweet feed from Shane Bulitka, Darian Pilon netted the Wolves 6th goal of the game to help secure the win. Final shots on goal were 26-24 in favour of the Wolves.

The Wolves will return to action on Sunday November 4th for the annual Remembrance Day game at 3:05pm to wrap up a double header weekend again the North Bay Battalion. Sunday’s game is sponsored by The Northern Life and Sudbury.com. Great seats are still available at greatersudbury.ca/tickets or in person at the Sudbury Arena Box Office. New this season, online tickets purchased from your home computer or mobile device are now the same price as Box Office. Skip the line, get your tickets early, online, scan your phone or print your tickets at home and come cheer on your Sudbury Wolves this season!

Select #HuntForACure jerseys are still available for bid online at auction.chl.ca until Nov. 9th at 5pm. 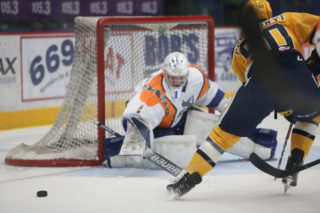 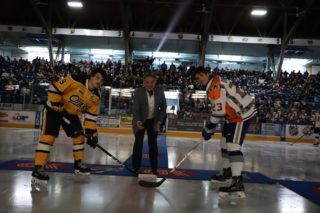 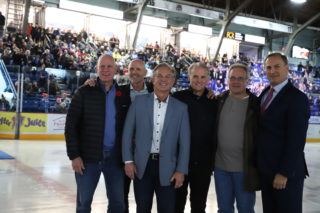 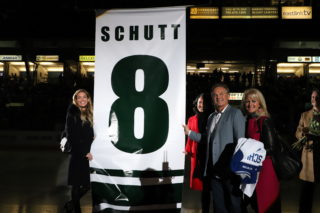