The Queen’s University Gaels announced Tuesday that Sudbury Wolves forward Nolan Hutcheson has committed to its men’s hockey program for the 2021-22 season.

The Wellington Dukes of the OJHL announced in December that they’d added Hutcheson to their roster for the 2020-21 season, which has yet to get underway due to the COVID-19 pandemic.

MHKY ? @Hutchy_15 is #GAELSCOMMITTED
—
With @Sudbury_Wolves of the @OHLHockey Hutcheson was the team Scholastic Player of the Year in 17-18 and Most Improved in 18-19. His cousin Zac has been a standout with the Gaels volleyball team.
—#LeadTheWay #TricolourTeammateTuesday pic.twitter.com/VxOFDXTvvi 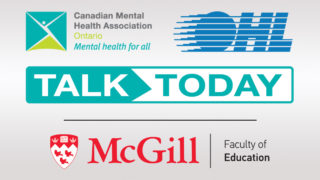