Wolves in Tough Against Colts 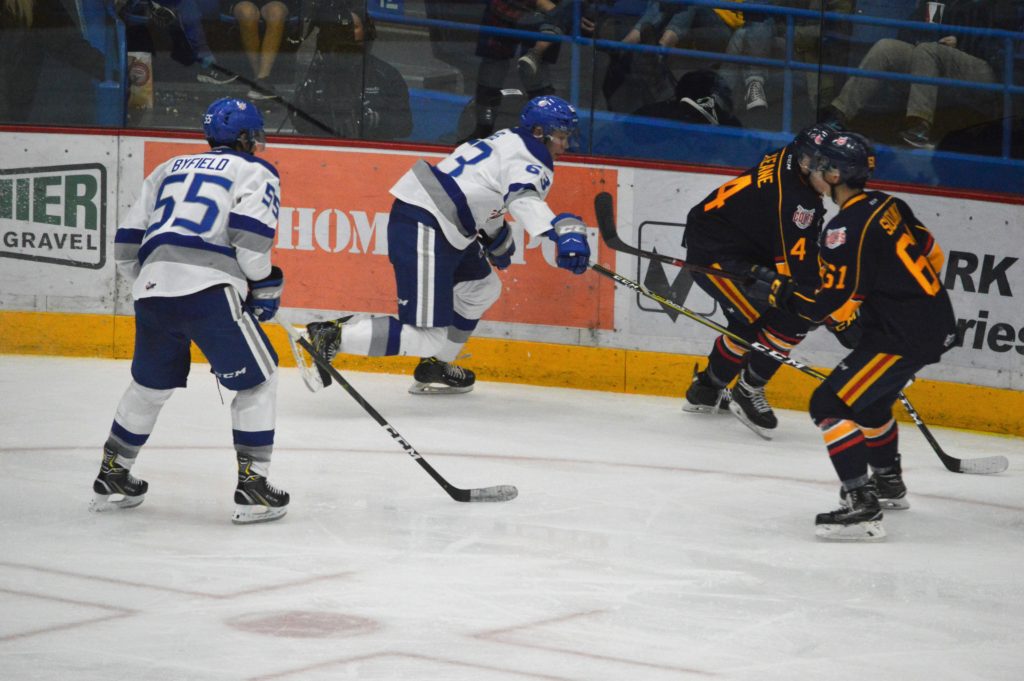 The Sudbury Wolves faced-off against the Barrie Colts for the third time this season on Friday night, the second on home-ice. After a tough battle between the division rivals, the Colts came out on top with two points as they claimed victory over the Wolves with a final score of 4-1. David Levin was the lone goal scorer for the Wolves.

A strong start for both the Sudbury Wolves and the Barrie Colts had shots on net 14-15 after 20 minutes. With just over two minutes left in the period, Ben Hawerchuk put the Colts on the board, leading the scoreboard 1-0. Justin Murray shortly followed up with a goal less than a minute after Hawerchuk, giving the Colts a two goal lead to end the period.

In the second, the Colts remained consistent with short-handed goals from Matej Pekar who snuck one in past Luukkonen following a scramble in front of the net, and Lucas Chiodo with a pass from Suzuki. At the mid-way mark through the game, Jake McGrath stepped in to relieve Luukkonen from the crease.

Coming around in the third, the Wolves were able to cut the Colts lead by one goal with David Levin taking in a pass from Kirill Nizhnikov to tally his fourth goal of the season.

The Wolves return to action Sunday, October 14th, 2018 at the Sudbury Community Arena where they will host the Niagara IceDogs at 3:05pm. Great seats are still available at greatersudbury.ca/tickets or in person at the Sudbury Arena Box Office. New this season, online tickets purchased from your home computer or mobile device are now the same price as Box Office. Skip the line, get your tickets early, online, scan your phone or print your tickets at home and come cheer on your Sudbury Wolves this season! The box office will open at Noon on Sunday.