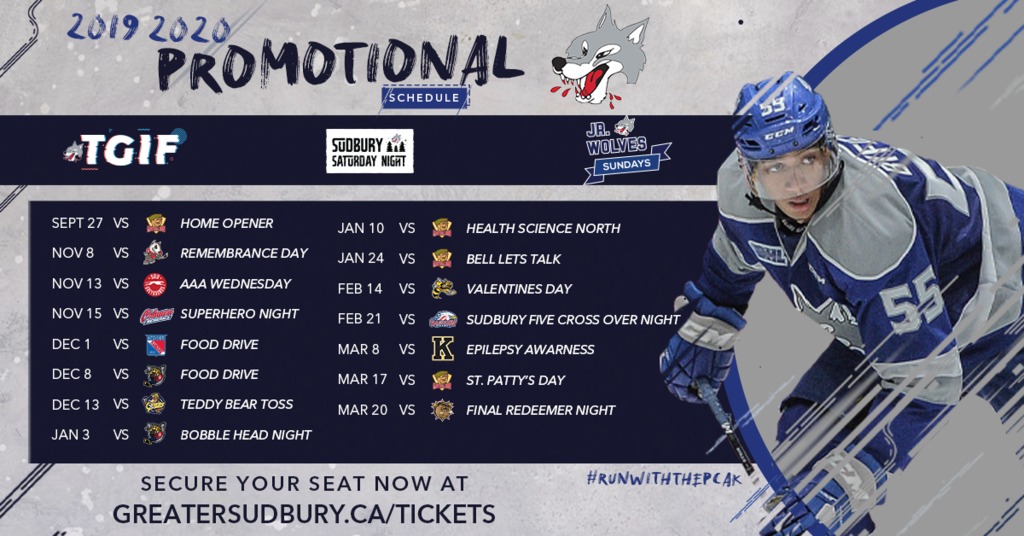 (Greater Sudbury, ON) The Sudbury Wolves hosted a media conference Wednesday morning to kick off the 2019-20 season. There was tremendous excitement and buzz around the arena with training camp beginning later in the afternoon as 50 players were getting set to participate in the 48-hour camp.

“Playing 4 games in the 48 hours will allow us to see who is willing to battle for spots here,” said Wolves Head Coach Cory Stillman. “Coaches and management are excited to see the improvements individuals have made as we build for another exciting season of Wolves Hockey!”

In addition to training camp buzz, the Wolves were pleased to announce and welcome their two title sponsors for the upcoming season. Desjardins has announced their return, while Palladino Auto Group will be coming on board in a big way this season.

TGIF Friday – Arrive between 6 and 6:30pm on Fridays and take advantage of our 3-2-1 offer — $3 Tall Boys, $2 Hot Dogs and $1 Regular Popcorns. Join in the party as there will also be a DJ on the Queen’s Stage during intermissions.

Sudbury Saturday Nights – Join us for Country night and there will be country bands on the Queen’s Stage during intermission. Each Saturday will feature one food item unique to Sudbury and will be available for purchase on Saturdays only.

Junior Wolves Sundays – Stick around following Sunday afternoon games to skate with members of the Sudbury Wolves. Our first Junior Wolves Sunday is September 29th which will include the full team at the skate. We will also have family fun and friendly entertainment throughout the game.

“Our goal is to make each game its own special event,” said Miranda Swain-Boivin, SWSE Marketing Manager. “We want everyone to have fun and enjoy the game no matter the result on the ice, so this year we have decided to put a large effort on making each game slightly different to keep it entertaining for fans. This will be evident from not only our theme nights, but also from the music the fans hear, the videos they see on the board each game, as well as some of the promotions we run each night. Fans will also start to see some small changes in the arena this fall with new sponsors who have on board, TVs in the front lobby of the arena, new rinkboards and other small changes around the building. We are very excited for the upcoming season and all that it brings.”

Single Game tickets are now sale now at the Sudbury Arena Box Office or online at greatersudbury.ca/tickets. Or fans can run with the pack all season long and secure their season tickets at sudburywolves.com.

Season tickets will be available starting Thursday at 10am at the Sudbury Arena Box Office. Season ticket holders will require photo ID to pick up their tickets. #RunWIthThePack 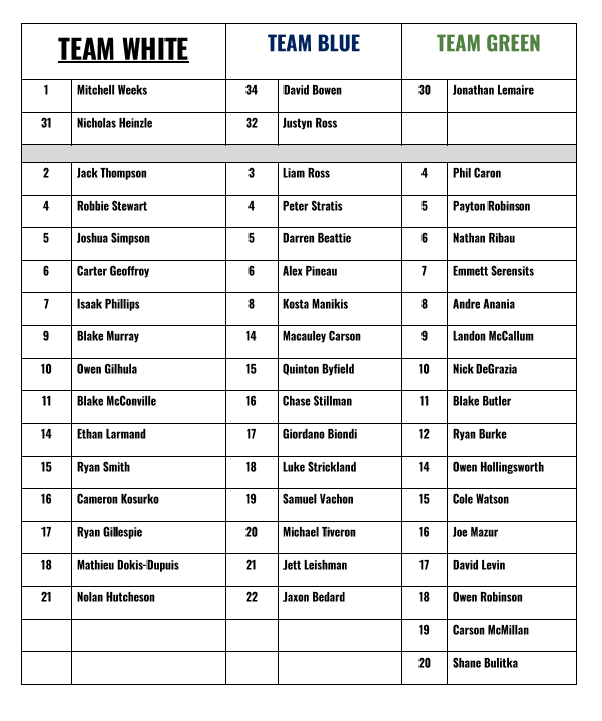